UK journal Soundings focuses on the new municipalism: how Barcelona is recapturing sovereignty at city level; on municipalism and migration, populism and climate crisis; and ‘autogestion’ in Manchester. 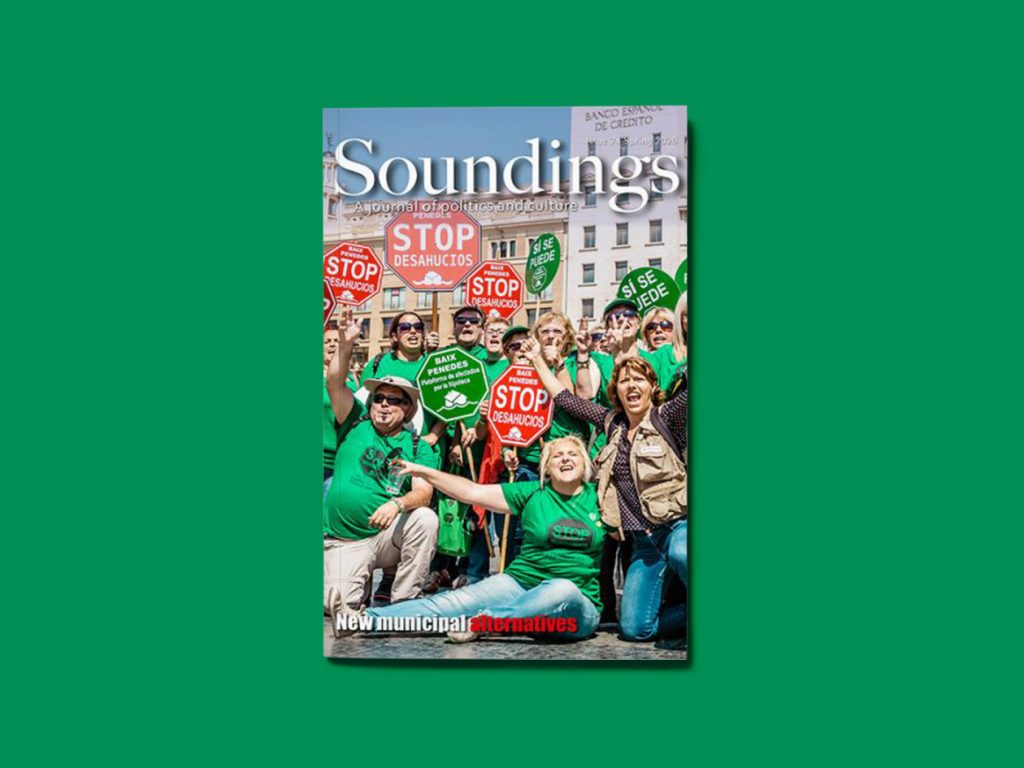 Soundings explores how the ‘new municipalism’ can revitalize the political imagination. ‘It has the potential to re-empower localities: to involve diverse people in decision-making about their lives’, the editors write.

Òscar Garcia Agustin discusses ‘progressive localism’ in Catalonia aiming ‘to shape localisms in contested and solidaristic ways, and to link place-based politics and global processes’. Barcelona’s left municipalism recaptures sovereignty at city level, developing autonomous spaces of organization and multi-level governance, and redefining the relationship between city and state politics in the distribution of water, energy supplies, housing rights and sanctuary for refugees.

Despite its trans-local and transnational potential, the 2019 European elections in Spain showed that the new municipalism is not ‘exempt from electoral logic’. Far from it: municipalities are vulnerable to neoliberal policies and, in Spain, ‘governments of change’ lost the elections everywhere except Cadiz.

A conversation between Palermo mayor Leoluca Orlando and Tunç Soyer, mayor of Izmir, mediated by philosopher and transnational activist Lorenzo Marsili, places municipal co-operation in the context of migration, authoritarian populism and climate crisis. Orlando argues for a mobilized vision of ‘new humanism’, because all have the right to choose which group or community they belong to, migrants included. ‘I have the same right – to decide my state, to decide my identity without limits of border or of blood.’

Bertie Russell’s analysis takes us to Manchester via Henri Lefebvre’s concept of the ‘right to the city’, an ‘active process of replacing the state’ through citizens taking responsibility for governing themselves.

Russell presents a five-point-plan for a new municipalism, including coordination between elected representatives and citizens committed to transforming the city and making economic decisions; public ownership of utilities and services; and transformative city experiments such as municipal-cooperative farms to provide food to schools. Russell reinterprets what Lefebvre called ‘autogestion’ (bottom-up organization) to involve ‘the recognition that contestation over the form of the state is foundational to any concerns over its function’.

In the 1990s Britain was under Thatcherite continuity rule. But radio waves were appearing that carried fragments of the future: weekend broadcasts of a new kind of music – Jungle – were being illegally beamed across the city from improvised studios in empty flats, via aerials on tower block rooftops.