Estonian journal Vikerkaar on gendered domesticity and the double standards of state socialist gender politics; neo-Ottoman modernization and luxury development on the Belgrade waterfront; post-Soviet housing projects in Tartu; the philosophy of single-family homes, and more. 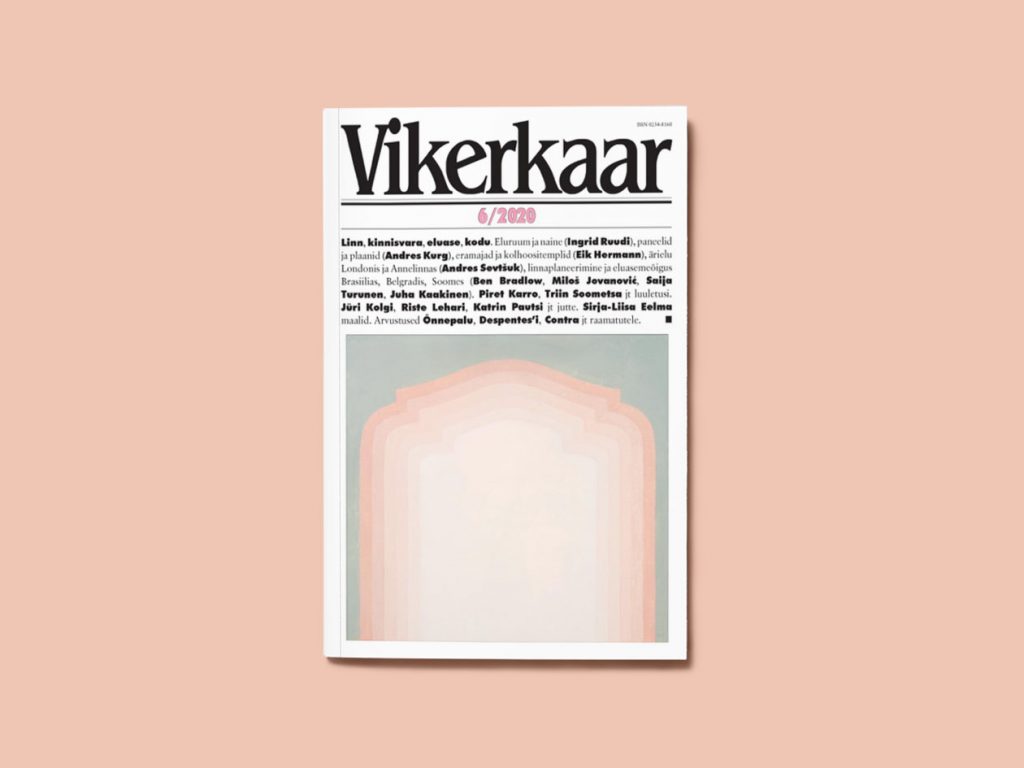 Housing is a crisis from which many other crises spring, write the editors of Vikerkaar. The financialization of housing markets across Europe deepens inequality and inflates asset prices, leaving a generation in precarity. Construction exacerbates climate change – the cement industry alone accounts for 8 per cent of global greenhouse gas emissions.

Housing pressures are also catalysts of social mobilization – of rent strikes, movements to eradicate homelessness, and attempts to invent more sustainable forms of construction. With rents increasing around the world, tenants’ consciousness might be the new class consciousness.

Unlike in the West, private home construction in the Soviet Union was highly regulated, writes Ingrid Ruudi in an article on modernism and gendered domesticity. State socialist gender politics reflected both the ingenuity and the double standards of a society committed to gender equality in public, while leaving patriarchal norms in place in private.

‘Dwellings from the 1960s–1980s have an abundance of all sorts of auxiliary spaces, partly as a way to get around official limits to “useful space”, but also a reflection of the DIY-culture of the time … caused by deficits of groceries, consumer goods and services. Even urban dwellings often include spacious greenhouses and storage spaces for various winter staples: vegetables, fruits, and preserves. Of course, all this gardening demanded extra labour, primarily from women, who could work hours equivalent to holding a second job.’

Luxury development on the Belgrade waterfront captures the contradictions of transnational capital flows as well as those of twentieth century urban development. Milos Jovanović tells of developers who seek to clear refugee settlements in order to build a luxury high-rise funded by arms sales to the Syrian government, evoking late Ottoman modernization to justify the razing of historical districts built amidst the no less contested urban politics of the late-nineteenth century.