‘Czas Kultury’ looks at Poland’s constitutional crisis and anti-European drift: why liberals need to do more to communicate rule of law; how the politicization of the judiciary destabilizes society; and why democratic countries need creative challenge.

In the wake of huge public protests in Poland over a near-total ban on abortion, Czas Kultury discusses constitutionality and the crisis in the rule of law, both nationally and globally. ‘In the face of a crisis of capitalism, the erosion of liberal democracy, and of climate change, restrictions on the arbitrary exercise of power are being called into question, quite blatantly, in a whole range of societies and contexts,’ writes guest-editor Jacek Wiewiorowski. 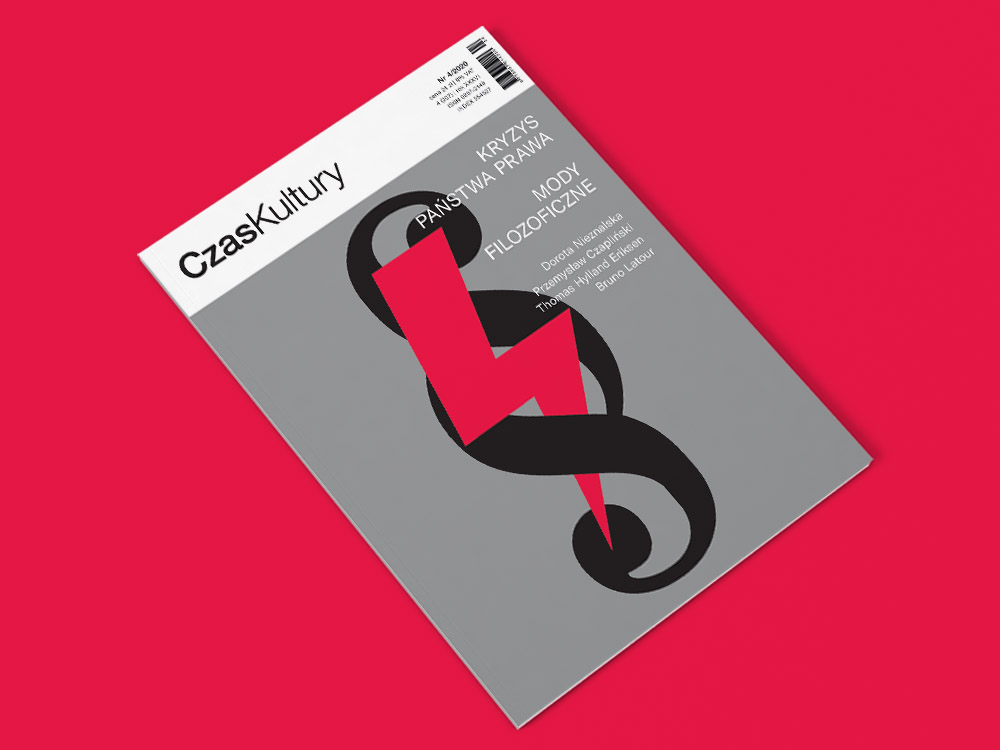 Tomasz Tadeusz Koncewicz highlights the urgency of addressing challenges to democratic procedure. ‘When laws and institutions come to serve politics, rather than holding power in check, a cornerstone of the post-war European order is lost,’ he comments. The EU is premised on political authority being subject to control by independent institutions, especially courts of law.

Today, this is being called into question. Poland, like Hungary, is proposing a re-interpretation of European integration, based on disagreement over key constitutional provisions. Koncewicz’s response is unequivocal: ‘There is one place for a country that wants to play only for itself and underline its uniqueness in relation to others, and that is outside the community’.

The attacks by PiS on the European Court of Justice suggest it intends to deprive Polish citizens of the protection which European law and the European Court can offer. As Koncewicz points out, mistrust of liberal democracy, the rule of law and minority rights ‘all strike at the axiological foundations of the Union and call its very future into question’.

For Polish liberals, ‘the problem is how to translate text into context, how to explain to people that the constitution is not just a list of dry legal provisions, but that it exists to protect them’. For its part, Europe must ‘review its assumption of shared tenets, when some member states fail to grasp the context in which common values have been formulated, and insist on visions of their own’.

Politicization of the judiciary

The constitutional crisis that followed the PiS election victory in 2015 remains unresolved to this day, according to Jakub Mirek. At the time, the judiciary seemed the only branch of power likely to oppose the new government. PiS took action, refused to recognise earlier judicial appointments, brought in new judges and amended the law to ensure their inclusion in the Poland’s top court, the Constitutional Tribunal. Public protests broke out. The opposition accused PiS of undermining democracy and eroding the system of checks and balances.

The main issue was whether the system of legislative supervision, which the Constitutional Tribunal represents, was functional. The Civic Platform party viewed the Tribunal as trustworthy; populists saw it as an obstacle to plans for a swing to the right.

Since the stability of any state relies on the predictability guaranteed by law and legal institutions, the conflicts surrounding the judiciary led to a collapse of public trust. The Constitutional Tribunal became a social actor, representing different groups, rather than an institution regulating and integrating the workings of the state. ‘The Tribunal responded to contradictory interests, consolidated existing groups, and may have been instrumental in provoking political destabilization.’

Marek Wasilewski offers an alternative perspective on the Polish crisis. ‘Today,’ he writes, ‘a significant proportion of the public are in a position that artists, with past experience of conflict with the state, know all too well.’ Democratic countries need creative challenge. Art defies the tastes of the majority and can help resist power and influence. ‘The artist’s failure to “fit into” an existing system can act as a crucial circuit breaker and preserve political vitality … Democracy needs art as its guarantor, guardian and whistle-blower, especially when its fundamental values are under threat.’