Despite real and immediate environmental catastrophes, Australia’s climate change policies are the most backward in the world. To be pro-environment is to be seen as un-Australian; coal mining in particular is a source of national pride. In New Humanist, Peter Salmon explains the roots of this cultural hostility towards nature. 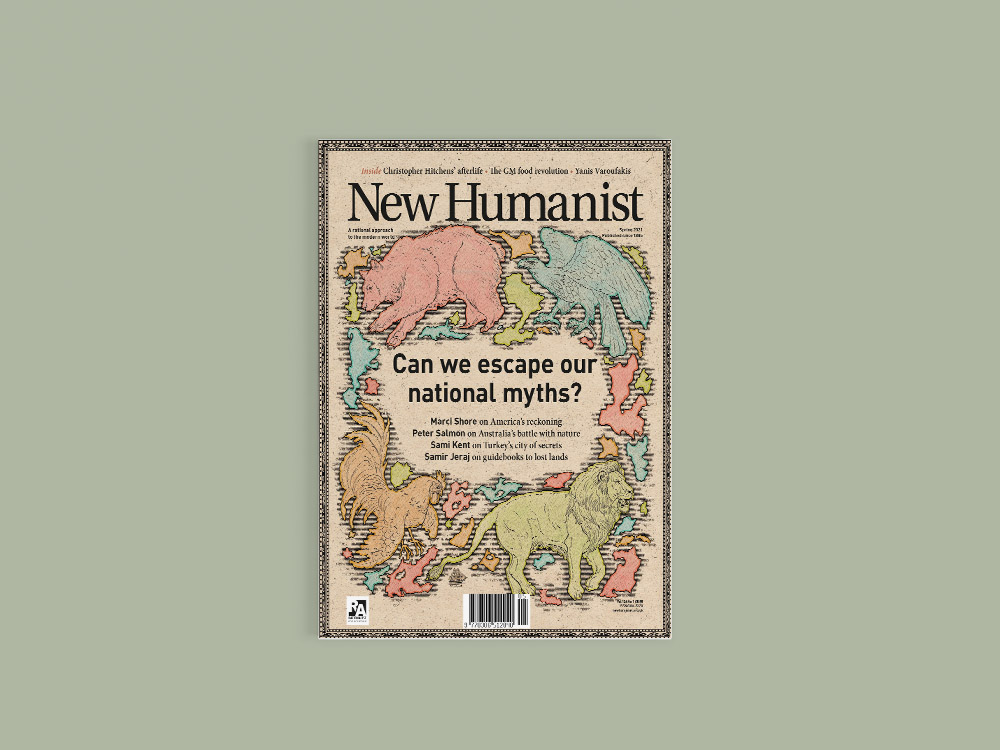 ‘This idea of man seeking to dominate nature has informed the western relationship to settlement in Australia from its beginnings to today – starting with the very first arrival of European explorers in 1770 and the subsequent attempts to important western farming methods and subjugate the indigenous population, right through to the immense bushfires which swept through vast swathes of territory in early 2020.’

Scott Morrison, Australia’s prime minister, is a coal industry hardliner (Australia being the largest exporter of coal worldwide). If this goes down well with the electorate, it is largely because of fossil fuel PR. Together with the Murdoch press, the coal lobby has convinced ‘a large a large swathe of the Australian population not only that mining industry is vital to its economy, but that all environmental issues are, in fact, economic issues – and that the environment and the economy are in opposition.’

The uses and abuses of comparison

How can intense description of what is irreducibly particular help us to extract elements that are universal? Parallels between the child separations at the US–Mexico border and the experiences of Holocaust survivors prompt historian Marci Shore to ask what we can and cannot understand by thinking in comparisons with the past.

‘It seemed to me that public discussion had tended to relate to historical comparison in a reductionist way: Either X is just like the Holocaust, in which case we are facing the ultimate evil; or X is not like the Holocaust because either (a) the Holocaust will forever remain the unique embodiment of absolute evil, or (b) the present situation is not bad enough (yet). In the cases of both (a) and (b), we should calm down. But the Kierkegaardian Either/Or is a trap. The question about historical comparison should not be a yes or no question, but a how question.’

On the uses and disadvantages of historical comparisons for life

From young socialist to apologist for the War on Terror; from top political journalist to boorish polemicist; from outstanding literary critic to proponent of the New Atheism – Christopher Hitchens’s fall from grace is well-trodden ground. Less so, however, is his intellectual legacy.

James Robins looks at where Hitchens’s ‘friends and disciples’ are today. ‘With social demands very much back on the table,’ he writes, ‘it is notable that contrarians like Sam Harris, Maajid Nawaz or Ayaan Hirsi Ali do not even consider that such a demand might exist. Every so often (usually in the wake of a terrorist atrocity) this crowd loudly defends “civilization” from barbarism, even as that very civilization crumbles into debt, governmental graft and ecological spoil.’

If this were not damning enough, Robins places Hitchens in line with an altogether more toxic genealogy: ‘As the Great Recession continued its guttering march, and as jihadists continued to strike in Europe, many of Hitchens’s contrarian heirs devolved into a decentralized grievance. Perhaps it was Muslims, or feminists, or social justice warriors, or (more potently) “the Jews” who were to blame for the decaying world around them.’

On the ‘New Atheists’

Giovanni Tiso reads the recently published transcript of the famous 2007 conversation between ‘New Atheists’ Daniel Dennett, Christopher Hitchens, Richard Dawkins and Sam Harris and asks why ridiculing your targets with sceptical tools has been so influential.