In ‘Krytyka’ (Ukraine), Mykola Riabchuk explains why Kundera’s concept of Central Europe was about excluding anything east of Prague – and why recent developments have proven it redundant. Also: the literature of the Maidan and its folkloric origins; and Mykola Khvylovy’s Soviet orientalism.

In Krytyka, Mykola Riabchuk reads Milan Kundera’s famous 1984 essay, ‘The Tragedy of Central Europe’ as a prime example of the ‘philosophical geography’ of his era. The notion of Central Eastern Europe as the ‘the kidnapped West’ – as the French version of the article entitled it – expressed ‘not so much as plea for freedom and “return to Europe”, as an attempt to achieve that goal at the cost of implicit exclusion of all other prisoners of the communist camp’. 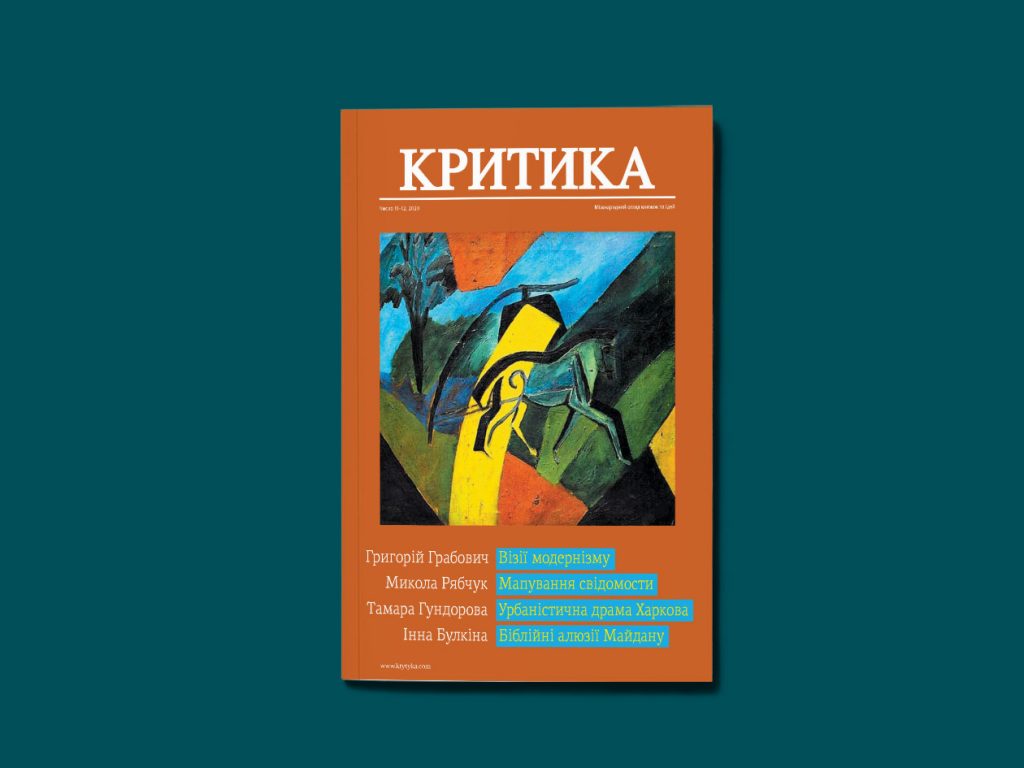 This occidentalist division of Europe, practiced by Churchill and Roosevelt no less than by Hitler and Mussolini, according to Riabchuk – posed eastern Europeans with a dilemma:

‘On the one hand, they had many good reasons to feel betrayed by the West, belittled and alienated. This could result in zealous anti-westernism, nationalism, xenophobia, isolationism and autarky. But this ideological niche had been already occupied by the Soviets. Very few independently minded easterners wished to identify themselves with the hated regime and join its anti-western crusade. However hard their feelings towards the haughty and arrogant West, they had to choose it as the lesser of two evils.’

The gap between western ideals and western realpolitik may not be scandalous as such, argues Riabchuk, citing Hans Morgenthau’s dictum about the incompatibility between politics and ‘ethics in the abstract’. However: ‘there is also a dangerous loophole in a seemingly logical argumentation that allows immoral steps to be represented as pragmatic, reasonably calculated and the only ones feasible.’

Two developments in the last decade have anyway put paid to philosophical geography. First, the illiberal counter revolution of two of the most enthusiastic Central European nations: Poland and Hungary. And second: ‘a series of democratic, anti-authoritarian and, in most cases, pro-European revolutions that occurred in the post-Soviet space in the past decades prove that freedom, dignity and rule of law are universal values, and neither western nor “Central” Europe have any monopoly on them.’

Inna Bulkina examines literary works generated by the events in Kyiv in 2014. Looking at both popular ‘hits’ from the website stihi.ru and ballads from The Life of Mary, the first post-Maidan collection of Serhiy Zhadan, she asks how ‘spontaneous’ and ‘professional’ literatures coexist and what their sources, key plots and cultural ‘precursors’ are. Bulkina concludes that in most cases, the canonical genre is the folkloric ‘lament’ (plach), and the crucial plot is that of the Annunciation.

Tamara Hundorova argues that Mykola Khvylovy’s (1893–1933) history of Kharkiv from hamlet to major Ukrainian city reflects a modernist trend in which industrialization is endowed with satanic power. Khvylovy’s ‘Asian Renaissance’ has not yet been considered in terms of Edward Said’s Orientalism, but doing so would significantly expand the meaning of this cultural-philosophical idea.