Culture & Démocratie’s special issue questions ideas of ‘home’ from fortification and insularity to hospitality and a willingness to open one’s door. 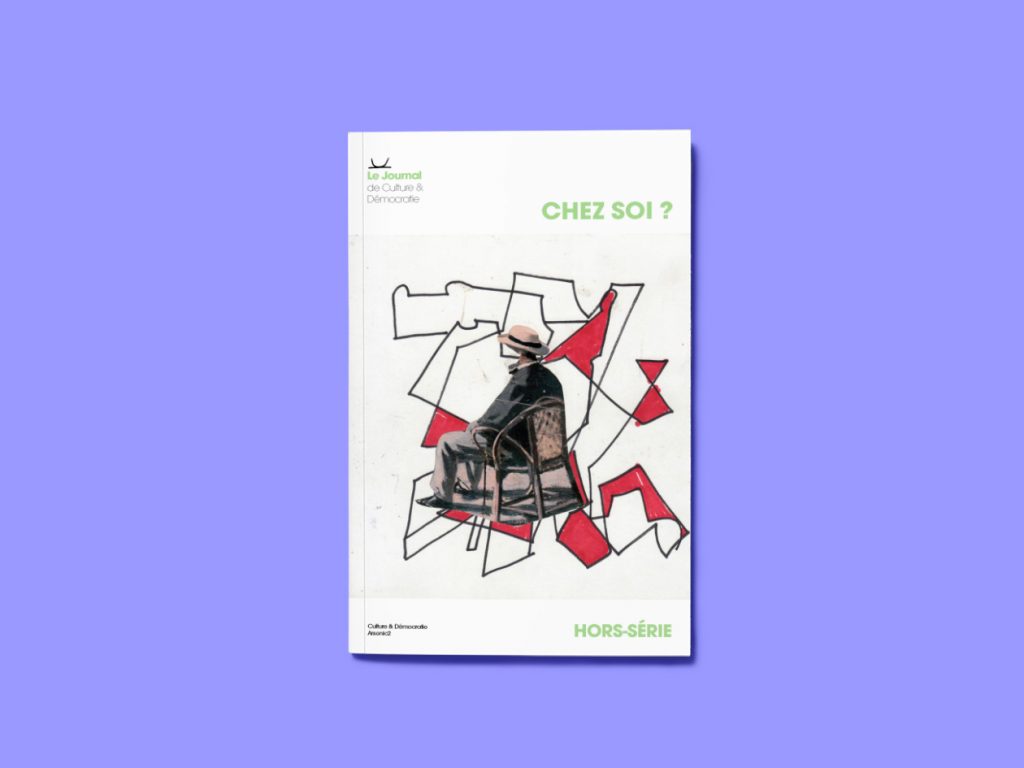 Living in the interstices

Anthropologist Anna Tsing broaches the difficult issue of how to live in industrial capitalism’s ruins. ‘Frontier zones’, as described in her book Friction, are places where land and natural resources have been contested and ‘alternative liveable futures’ are tentatively explored. Giving the tropical forest in South Kalimantan, Indonesia, as an example, Tsing investigates how the indigenous population is reforesting after ‘imperial’ extractivism.

‘We are really lucky, as human beings, that industrial capitalism does not live up to the promises it makes – to fully rationalize the earth’s resources and expend them for its use’, she says. Rejecting idealized notions of nature as ‘eternal or outside of history’, Tsing affirms the historicity of ‘more-than-human’ spaces. Ultimately, she questions the idea of ‘home’ as an image of security and companionship ‘delimited by property and patriarchy’, urging us to consider instead the possibility that ‘we must learn to live without ever feeling at home’.

Focusing on the removal of statues from public spaces for their ‘racist’, ‘colonial’, ‘fascist’, ‘anti-communist’ and ‘antisemitic’ connotations, art historian Toma Muteba Luntumbue examines the tension between state narratives of national identity and an emerging regime of complex identity politics.

Luntumbue refers to historian Françoise Choay’s observation that national identity in western societies has been constructed and maintained through public monuments, buildings and museums. Against this monolithic state narrative and its method of ‘reactionary self-preservation’, he characterizes the complex plurality of contemporary collective identity as ‘a devastating river, rushing noisily out of its bed’. What some have condemned as a ‘war against western civilisation’, Luntumbue sees instead as a call for a fresh perspective on history. These actions do not ‘erase history and the past’ but are a means to reconcile with a shared future.

Artist Hamedine Kane explores different perspectives on exile and belonging through two contrasting portraits. The first describes an old Malian blacksmith who is proud of his roots, no matter how humble, and cannot understand the hordes of young men that pass by every day on their way in search of a new life in the West. The second is of these young men, part of the ‘runaway generation’, waiting out their time in a detention centre on the outskirts of an unnamed European city.

While the blacksmith looks to his ancestors for a sense of identity, the young refugee has made an irreversible pact with exile: ‘Running away means never putting down roots. Running away – that’s our home in this new world.’

Podcast episode (in French) on the issue with editors Hélène Hiessler et Renaud-Selim Sanli from Culture&Démocratie. Published on Radio Panik on 23 February 2021.

This article is part of the 1/2021 Eurozine review published in cooperation with CAIRN International Edition, translated and edited by Cadenza Academic Translations.