In Hungarian literary journal 2000: the central-eastern European comic tradition and the humourlessness of nation-builders; why intellectual housewives don’t post food-selfies; the aesthetics of video calls and the social psychology of isolation.

Explaining how amusing anecdotes have been sidelined and hilarious epics misinterpreted for the sake of nation-building, Margócsy writes: ‘Throughout the ages, “serious” and “comic” literature have enjoyed more of less the same reach and popularity – it is rather their interpretations and … status that have differed significantly.’ 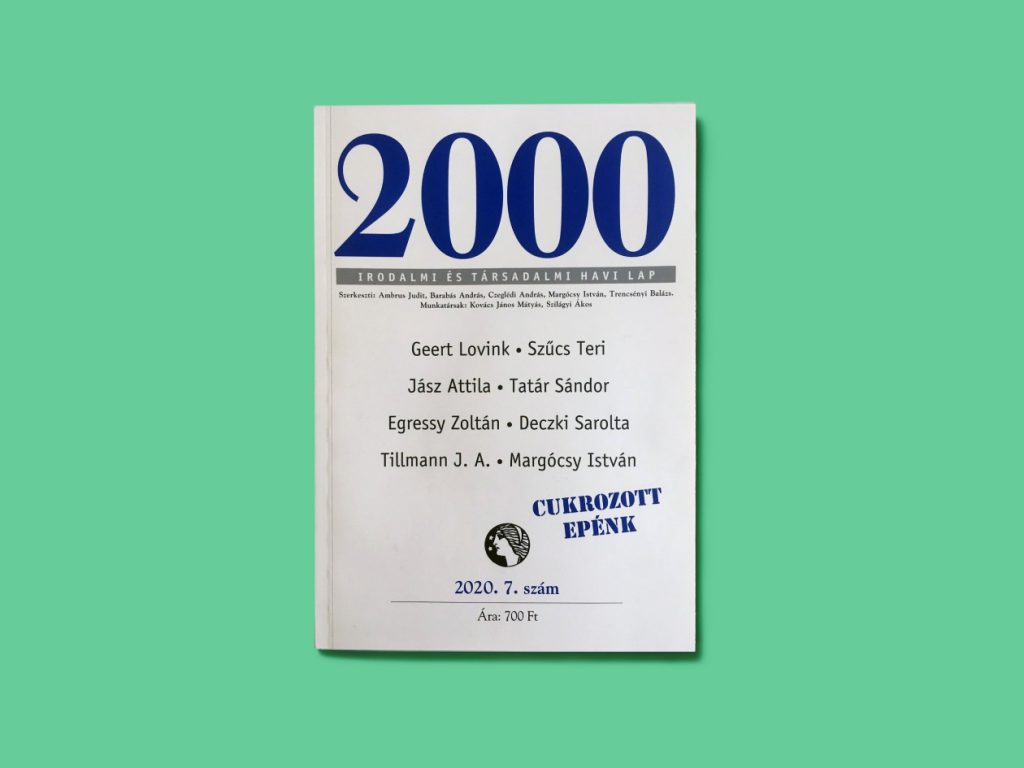 Certain authors were relegated to ‘youth literature’ as a punishment for their popularity; others simply left out of literary history. The titan of the Hungarian romantic novel, Mór (Maurus) Jókai was labelled a ‘storyteller’, while the hysterical Jenő Rejtő, probably the most popular Hungarian novelist of all time, was barely considered of any historical relevance. This despite the fact his style is an iconic accomplishment of interwar Central European humour, which then conquered the world through its export to Hollywood – and if Hungarians love anything, it’s claiming the achievements of those they cast out.

Margócsy identifies the national movement as the culprit. Here, martyrdom is the required mindset; comic ambiguity is denounced as something dangerous to the nation-building mission. ‘National self-affirmation, a literature of fate, social revolution: all of them refuse … humour in literature’.

No pathos in a saucepan

Literary scholar Sarolta Deczki takes issue with a development that has thrived during lockdown: home cooks imitating haute cuisine for the sake of cheesy social media posts. Domestic cookery is a much more down-to-earth activity, Deczki argues, often defined by what’s left in the pantry or freezer. She describes the intellectual’s struggle to balance refined taste and restricted budgets; the troubles of sourcing decent paprika; and the difficulty of calculating one’s academic impact while a stew is on the boil.

Deczki revives the tradition of the accomplished intellectual who is also a nifty housewife, balancing seemingly contradictory roles. Her anti-chic kitchen journal is a homage to Alaine Polcz, the trailblazing thanatologist and writer who, besides her innovations in child psychology and prolific literary works, also wrote a cookbook on war food and scarcity.

This lonely game we play

Covid has flooded our lives with online encounters and interactions. We work, minding our image on screen, or struggle to socialize in a hall of mirrors. Media scholar Geert Lovink considers what we have lost and how we can reclaim our bodies, relationships and shared physical spaces. In a Eurozine original, he analyses personal testimonies, the aesthetics of video calls and the social psychology of isolation – now published in Hungarian too.

You can’t lose democratic elections if they don’t exist