When a group experiment carried out by the Frankfurt School in the 1950s revealed Holocaust denialism, it was rejected on methodological grounds, writes historian Johannes Platz in ‘Mittelweg 36’. It was not until the 1960s that the concept of the group became central to ‘the formatting of the social’. 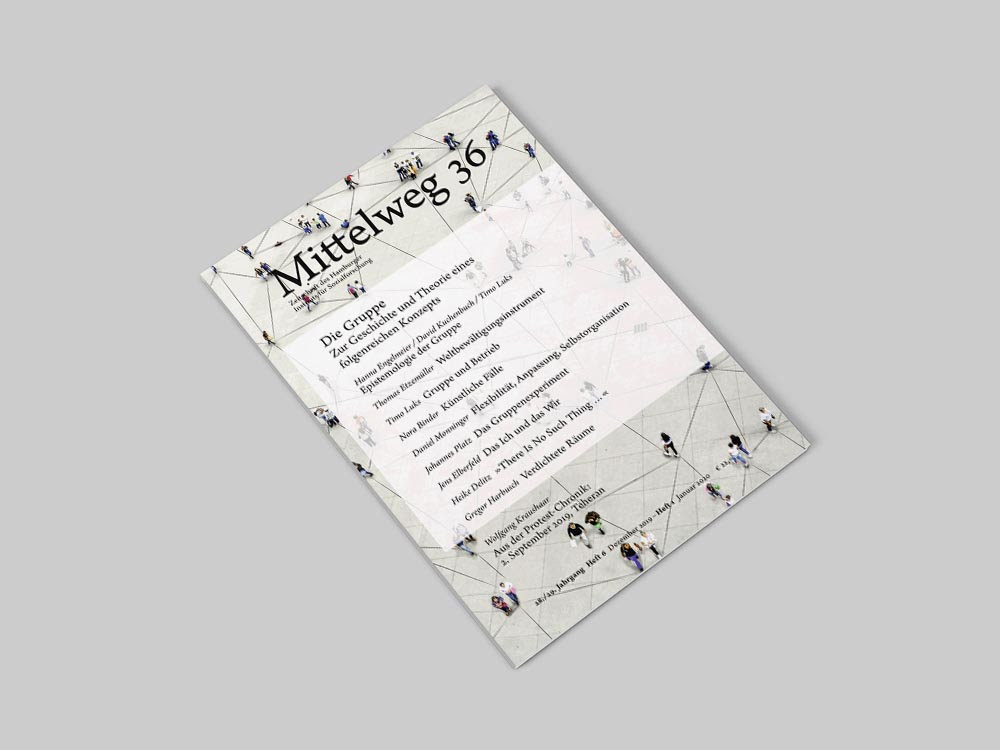 Studies of artistic movements and writers’ groups abound, but how and why did ‘the group’ become an object of research in its own right? Introducing the new issue of Mittelweg 36, Hanna Engelmeier, David Kuchenbuch and Timo Luks argue that small, informal groups were central to ‘the formatting of the social’ in the 20th century. Post-war, the group was felt to avoid the ideological burden of concepts such as ‘mass’ and ‘community’ and began to permeate research practice itself.

Frankfurt School: Historian Johannes Platz looks at how the work of the Frankfurt School in the 1950s was influenced by US methodology. Adorno and Horkheimer realized that social attitudes could not be understood by simply aggregating individual opinions, but had to be analysed within a real social context – the ‘group experiment’.

One study of former Wehrmacht soldiers proved particularly controversial. Participants denied the extent of the Holocaust and argued that their own suffering served as compensation. The study drew much criticism from established academia and was quickly suppressed. Platz argues that Adorno and Horkheimer came up against a way of thinking inherited from National Socialism, which focussed wholly on individual psychology. Not till the 1960s would the value of group-oriented research be truly recognized.

Protest: Wolfgang Kraushaar recounts the case of Sahar Khodayari, the 29-year-old Iranian woman who in September 2019 set herself alight after receiving a prison sentence for trying to attend a football match. Kraushaar describes self-immolation as an act symbolizing the powerlessness of the individual and as a call for others to refuse to suffer tyranny in silence.

Despite the Iranian authorities’ attempt to suppress reports of Khodayari’s suicide, the story quickly spread on social media. The regime was forced into submission: in October, thanks to the ‘Blue Girl’, Iranian women were back in the stands for the first time in 37 years to watch their national side.