Blätter looks into what happens when national memory is left to the Right. 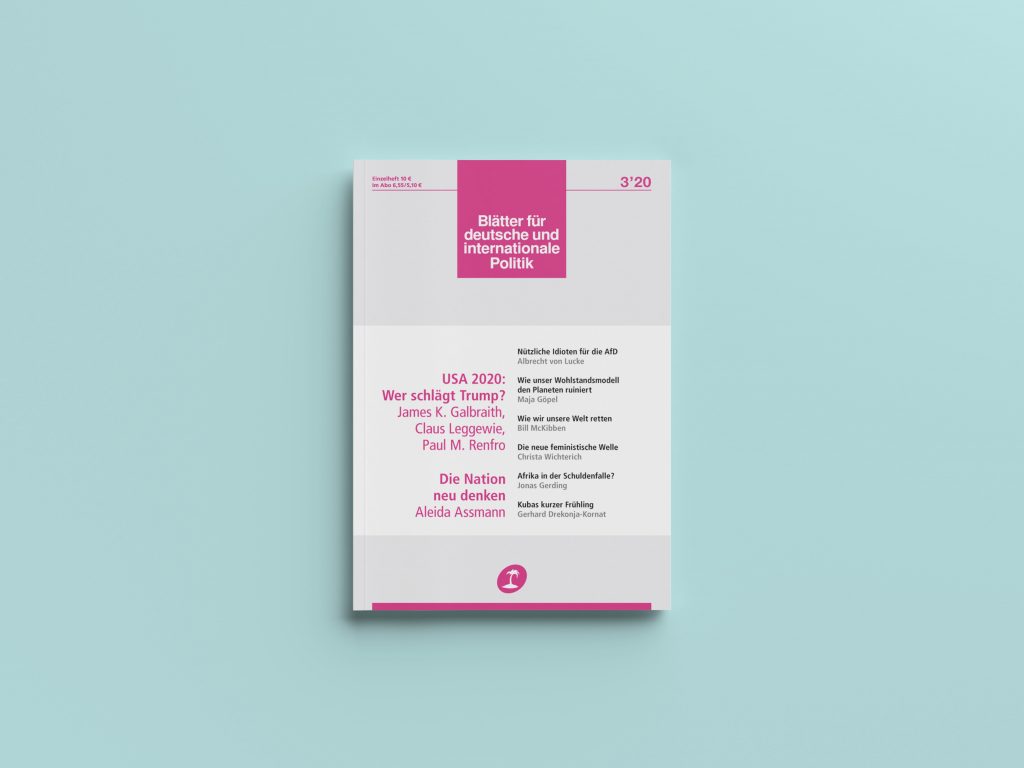 The confinement of at least half of China’s population since the COVID-19 virus first emerged in December has caused productivity to drop massively, writes Fabian Kretschmer in Blätter: the country’s growth rates are expected to fall from over six per cent to under one in the first quarter of 2020. Impacts on free speech are equally dramatic: social media images of Wuhan’s crowded hospitals contradict official communication channels that sought to play down the epidemic. The popular view is:‘We know they are lying; they know that we know they are lying, and they still lie’.

Pluralism’s focus on the transnational has abandoned national memory to rightwing interpretation, argues Aleida Assmann. She highlights the ideological split between those EU member states that see the Union as access to the international community and those – particularly the former communist states – that see it as confirmation of their national status. ‘Are there any positive values attached to liberal democracy and plural society that lend themselves to individual and collective identification? And what role could memory play?’

In answer, Assmann proposes a series of theoretical approaches based on the writings of three intellectuals: Francis Fukuyama, whose focus on emotion references thumos, the ancient Greek notion of ‘spiritedness’ or righteous anger; sociologist Maurice Halbwachs and his concept of social frames that steer memory; and historian George Mosse, who unpicked concurrent and retrospective experiences of war.

The increasing use of facial recognition software by security services introduces a new era of surveillance, writes Daniel Leisegang. With it, public anonymity can be eliminated in a stroke. So why does the recent EU white paper on AI make no reference to the democratic risks posed by the new technology?