Towards a sociology of the lie

Just because there’s fake news doesn’t mean there’s never been political deception, and just because lying is universal doesn’t mean it’s not worth sociologists’ time. Contributions to the new issue of Mittelweg 36 look at examples including the ‘voluntary helper’, confidence tricksters and polygraph tests. 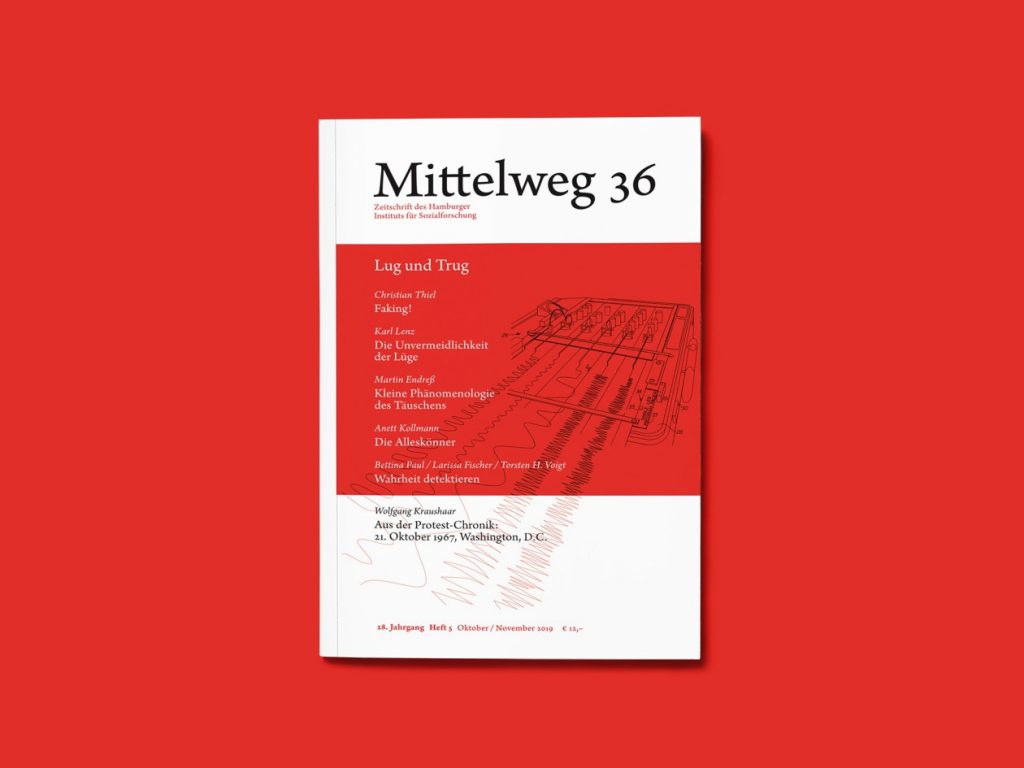 The ubiquity of fake news should not lead us to believe that there is anything new about deception. Societies have been lying to themselves since time immemorial, writes Christian Thiel, introducing the new issue of Mittelweg 36. The universality of lying does not make it any less interesting for sociology, however. On the contrary: ‘the social embedding and practical execution of deception reveals a great deal about the rules, norms and values of a particular society.’

Communication: The interesting question for sociology is not why lying is considered reprehensible, but why, despite it being considered thus, it is ‘omnipresent’, writes Karl Lenz. Drawing on Erving Goffman’s concept of ‘interaction ritual’, the macro-sociologist explores the role of deception in social communication and mutual self-representation.

The ‘voluntary helper’ phenomenon is a particularly interesting aspect. ‘Analyses of lying are often based on a conflict model,’ writes Lenz, ‘as if the lie were always directed against the person being lied to. However, in many social situations there is cooperation between both sides … The person being deceived is often unwilling to spend time and cognitive resources asking whether they are being deceived. Statements are readily taken on trust, particularly if both sides profit from the deception.’ 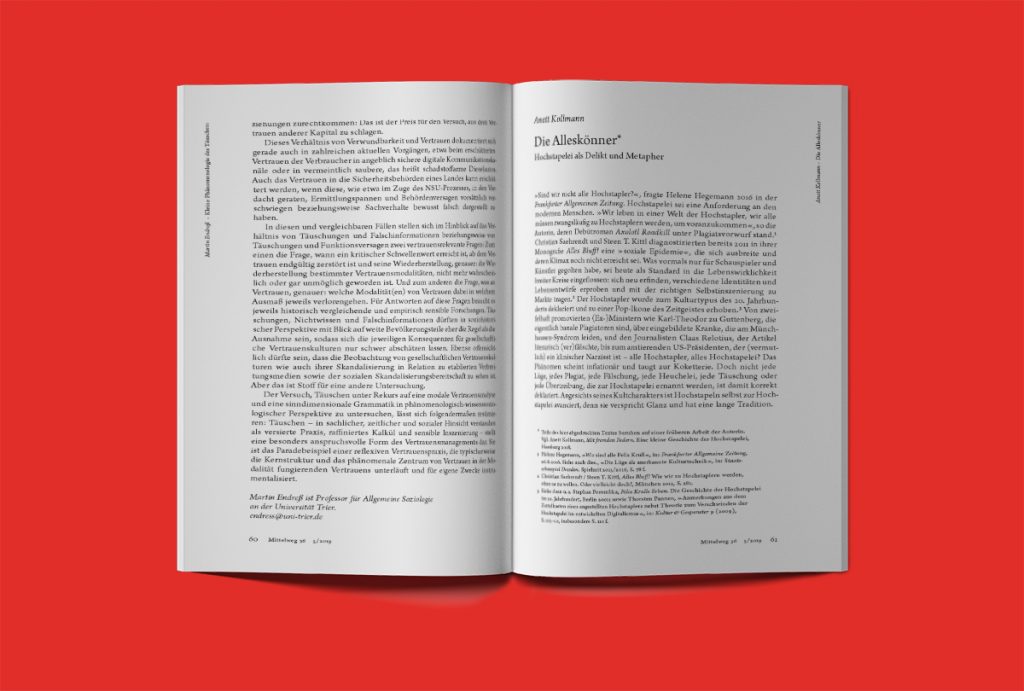 Conned: What does it say about our society that the confidence trickster has become a pop icon? Does the figure embody the demands made upon us by postmodern society: flexibility, permanent re-calibration of our identities, careers and social relationships?

‘The nascent postmodern self’, writes literary scholar and biographer Annett Kollman, ‘will be forced to refine this form of intelligence. The sub-criminal and sub-clinical phenomena that are supposedly spreading like epidemics could be its pubescent features … Polishing strengths and concealing weaknesses is not so much epidemic as everyday; social appearance becomes a pleasant illusion, outed as a specific form of the lie.’

Does this mean that, in the postmodern age, deceit and lying have become obsolete concepts? Not at all, writes Kollman: ‘More than ever, a society that generates its own realities needs ethical conventions concerning the reliability of one’s opposite number … Without these conventions, which are highly changeable, there could be neither communication nor successful community.’

Also: Bettina Paul, Larissa Fischer and Torsten H. Voigt on how the polygraph – or lie detector – has been used and discussed in German jurisprudence since the 1950s.

It is not by lying, but by being caught lying, that the politician of today can claim to be challenging the status quo. Why the modern political lie, as defined by Hannah Arendt, now functions only as a deconstruction of itself.

Germany’s recent property boom and the inequality it produces; how the new-right uses postmodern theory to propagate nihilistic anti-humanism; and why treason can be a radically democratic act.