A vaudeville figure has been reinstated to lead Britain through Brexit, while in the US a reality-tv star is being impeached for trying to blackmail a comedian in Ukraine. Comedy seems to have taken over the wheel in political leadership. But the quality of this entertainment varies greatly.

Made in a dream factory

The changing dilemmas of Ukrainian Orthodoxy

It is quite understandable that people dread demagogues. Democracy, given its nature, relies on human understanding, and thus is vulnerable to both seduction and intimidation. Since morals are driven by passion and not reason, the persuasiveness of entertainers can seem threatening.

Today there are many of them among the world’s leaders. But this phenomenon is barely new. Writers have long trodden the path to power, and many in power have become worthy writers. Actors have been influential and often successful in politics in the past century, ranging from Ronald Reagan to Glenda Jackson. However, the current crop of clowns is unprecedented. 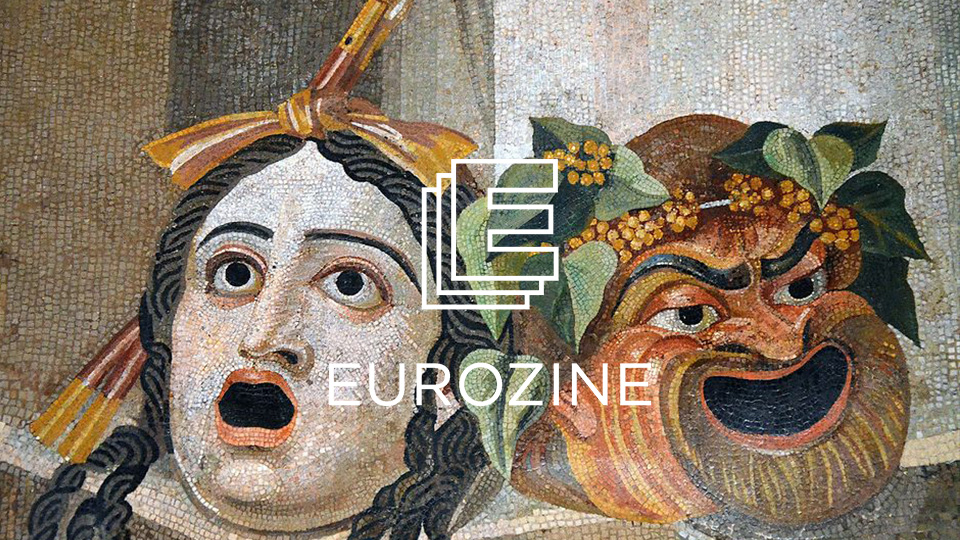 Comedy has sought to impact on social matters since the dawn of time, but its protagonists have traditionally been segregated from institutional power. Comedians have often tried, sometimes only jokingly, to enter politics: for over a century, joke parties have flourished wherever elections are held. Jaroslav Hašek founded the Party of Moderate Progress Within the Bound of Law in 1911, at a time when mocking Austro-Hungary wasn’t a particularly safe hobby. Ninety-nine years later, the Icelandic Best Party kept the world guessing about how they would transition from jokers to policy-makers. Founder Jón Gnarr served a term as mayor of Reyjkjavík with considerable success, and then dissolved the party.

Today, it looks like humour has taken over the wheel: a vaudeville figure has been reinstated to lead Britain through the self-induced mess that is Brexit, while in the US a reality-tv star is being impeached for trying to blackmail a comedian in Ukraine. The circumstances are just as ridiculous as a poorly-written series that drags itself onwards from week to week, without an underlying concept.

The more hollow political representation becomes, the more important the entertainment factor becomes in reaching voters or, dare I say, audiences. Media practices have reproduced, if not induced these tendencies, initially through the commercialization of news production, later via the quantitative pressure that digitalization has brought to journalism.

As an unexpected consequence, satirical news and political programs have mushroomed worldwide in the past decade, and not only in democracies. The more ludicrous the news, the more engaged the comics. And politicians follow, attending late night shows, giving campaign speeches designed like stand-up sets, participating in silly challenges to show how relatable and human they are.

It’s easy to say that comedians should stick to comedy and politicians to politics, but it would be wrong to judge all political comics equally. The three leading comics in world politics today stand for three very different strategies.

The appearance of Volodymyr Zelensky on the international stage has brought a frown to the faces of many Ukrainian intellectuals and in western news he has initially been dismissed as a buffoon. And yet, Zelensky is taken seriously by the electorate and seems to bring a very different culture – not to mention generational change – to Ukrainian politics. As Kateryna Mischchenko writes, his transition into politics has been much more successful than many expected, in part because he has been able to employ his earlier tactics as a media entrepreneur to tackle the ‘Ukraine fatigue’. Zelensky has laid out his agenda in his comedy work, most famously in the series ‘Servant of the People’, where he plays an outsider who accidentally lands the Ukrainian presidency – and clumsily manages to navigate it. The story of a fallible everyman doing a good enough job in a scary place – a thought experiment has grown into a political experiment while the nation watches.

But popular approval may not be the key to understanding who makes a good politician. Despite the well-documented incompetence, serial lying and myriad controversies, the posh clown of the British Tory party has been able to persuade a good portion of his (working class) electorate. Boris Johnson has a very different approach: as a journalist, he distinguished himself through his archaising, semi-literary style, but also his techniques as an entertainer. It is these, along with good connections, that despite his many professional failures have got him to where he is today. Johnson’s comic effects are a well-rehearsed disguise that help him pose as a harmless dummy, while behaving in ways that do not meet the requirements of the decency one might expect from a leader. This is a distraction he uses to secure his questionable dealings stay further from the spotlight. When compared with Zelensky, the difference between a joker and a trickster is crystal clear.

Donal Trump is another, wholly distinct case: he is undeniably entertaining. But it’s the kind of funny that one is ashamed to laugh at. He’s the archetypal bully that reality television loves: he contains comedy in his very being. His lumpish figure is a real-life Snug of A Midsummer Night’s Dream – a condensed showreel of folk comedy stereotypes. Although he obviously doesn’t quite understand the effect he has on his audiences, he has learnt to use it to his own advantage, capturing attention and often entire narratives. He acts upon supernormal impulses: too strong, impossible to resist, even if it lacks any depth.

Trump’s political leanings are close to Johnson’s, their conservativism both grounded in self-entitlement, classism and exclusionary desires. But there is a key difference: unlike Johnson, Trump doesn’t mask his vices. Instead, he sets a tempo that makes it impossible to comprehend his actions. At any point throughout his graceless ascent from landlord to reality-tv boss to president, it has always been easy to decipher his values. The metanarrative has never been hidden: it is loud and clear. This trait he shares with Zelensky.

Ultimately, it is not the humour that makes any of the three unsuitable for leadership. Should Zelenksy prove to be a positive case of an entertainer using their techniques for progress, we may well have to re-examine the word ‘statesmanlike’ – not to mention ‘statesladylike’.

This editorial is part of our 25/2019 newsletter. You can subscribe here to get the bi-weekly updates about latest publications and news on partner journals.