‘It’s all for the best’ I used to tell myself whenever the situation in Ukraine became critical. That was before the release of the transcript of the conversation on 25 July between US President Donald Trump and Ukrainian President Volodymyr Zelensky. How could this be ‘for the best’?

Obviously, Ukraine cannot count on real support from the White House in defending ourselves from Russia. But the conversation does not paint a very good picture of the Ukrainian president, to say the least: he was playing along, brown-nosing, disparaging the German and French leaders as well as the American ambassador in Ukraine.

Is the affair a blow to Ukraine’s relations with the US and the West as a whole? And if so, what does that mean for Ukraine? 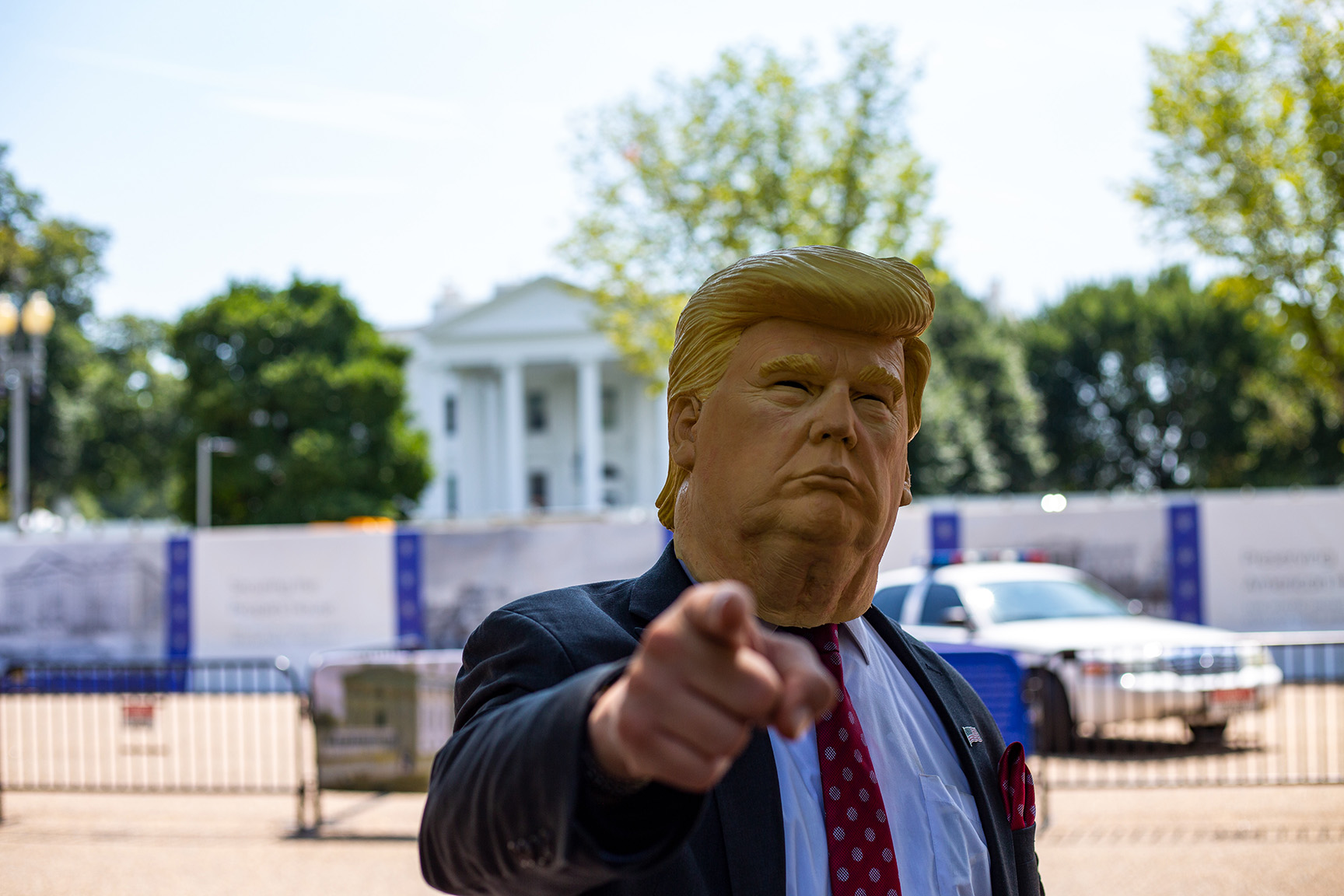 Photo by Darren Halstead on Unsplash

While US analysts were sending me sympathetic messages like ‘He could not act differently’ and ‘This is how you talk to Trump’, news broke about the resignation of the US special representative to Ukraine, Kurt Volker, a person everyone trusted. Events kept unfolding, and suddenly Donald Trump’s personal lawyer Rudy Giuliani published his text messages on Twitter. He set a condition for the first meeting between Trump and the Ukrainian president: Trump’s political challenger – the former vice-president Joe Biden – was to be dragged into a corruption scandal.

It got worse and worse as it went on. The texts between Volker and Zelensky’s adviser Andriy Yermak were released. And then the reaction of William Taylor, chargé d’affaires for Ukraine, was made public. Even though it is unpleasant to peek at someone else’s correspondence, the leaks reassured me somewhat: the Ukrainian authorities tried to do everything they could to worm their way out of the situation. However, the July 25 conversation was preceded by clear signals from a number of key US officials that Ukraine could not ignore Giuliani.

Nearly two months after that phone call, there had still been no press conference at which Zelensky announced he would do what Trump wanted him to do: look into the non-existent investigation against Biden and the equally non-existent evidence of Ukraine’s meddling into US elections.

But some things definitely cannot be ‘for the best’. Soon after Trump took office, it became clear that he would not keep up US efforts to defend freedom of speech and human rights. There were officials in Kyiv and elsewhere who heaved a sigh of relief. The US State Department did continue to make statements and monitor crimes against activists. But it did so without the authority of the US president.

For nearly three decades, the US has been financing programs to fight corruption in Ukraine. But after the latest scandal, the US has lost legitimacy in the public eye, both in Ukraine and internationally. It is strange that there are no banners in front of the US embassy saying ‘No pressure on independent Ukraine!’ The Ukrainian authorities have until now been pressured from two sides – from the western partners that provide the funding and from the civil society that enjoys the trust of the West. Those days have now come to an end. 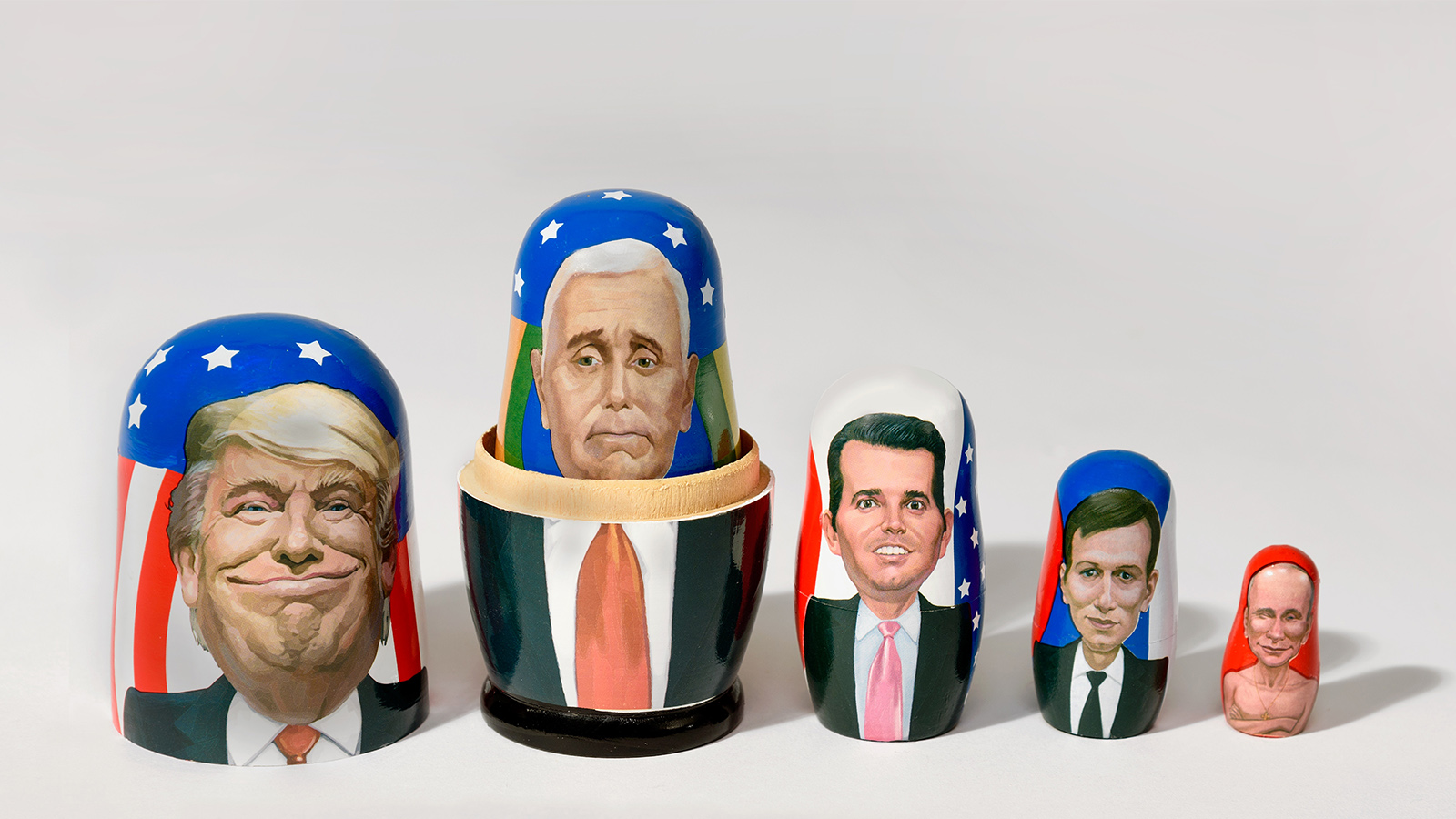 Zelensky’s trust in the US may have also been damaged.

For a start, the White House didn’t even consider consulting the Ukrainian president about whether he agreed to the release of the transcript. And Giuliani didn’t even think about hiding the telephone number of Ukrainian presidential advisor Andriy Yermak when publishing screenshots of his texts on Twitter. There was not the slightest attempt by the Trump team to even act as if their Ukrainian counterparts were equal and independent partners.

Some may find certain resemblances between Zelensky and Trump, another popular entertainer elected on the promise of ‘draining the swamp’. However, their approaches and values are radically different. Zelensky is a moderate liberal whose election campaign ran with the message of peace, unity, diversity and a vision for the future, rather than nostalgia.

President Holoborodko, Zelensky’s fictional alter-ego in his comedy series ‘Servant of the People’, bravely confronts cynical western bureaucrats who try to dictate the rules to a weakened Ukraine, only to benefit financially. Western experts spent the first half of this year, and the whole of Zelensky’s campaign, trying to predict how much would turn out to be true.

Fortunately for them, Zelensky showed no such disrespect – quite the opposite. He has brought into government pro-market economists favourable to the EBRD and IMF and in meetings with western businessmen has shown an even more liberal approach than his predecessor Poroshenko, especially regarding deregulation and opening up land markets.

Now, just months into his presidency, members of his team have been accused of cynicism and a lack of principles in choosing advisors. Instead of the democratic ideals of transparency and leadership, he finds himself in the midst of a conspiracy. But when the US president uses his position to pursue personal political goals, putting pressure on Ukraine at a time when it actively relies on US military aid, criticism from across the ocean or even from Europe sounds like a double standard. 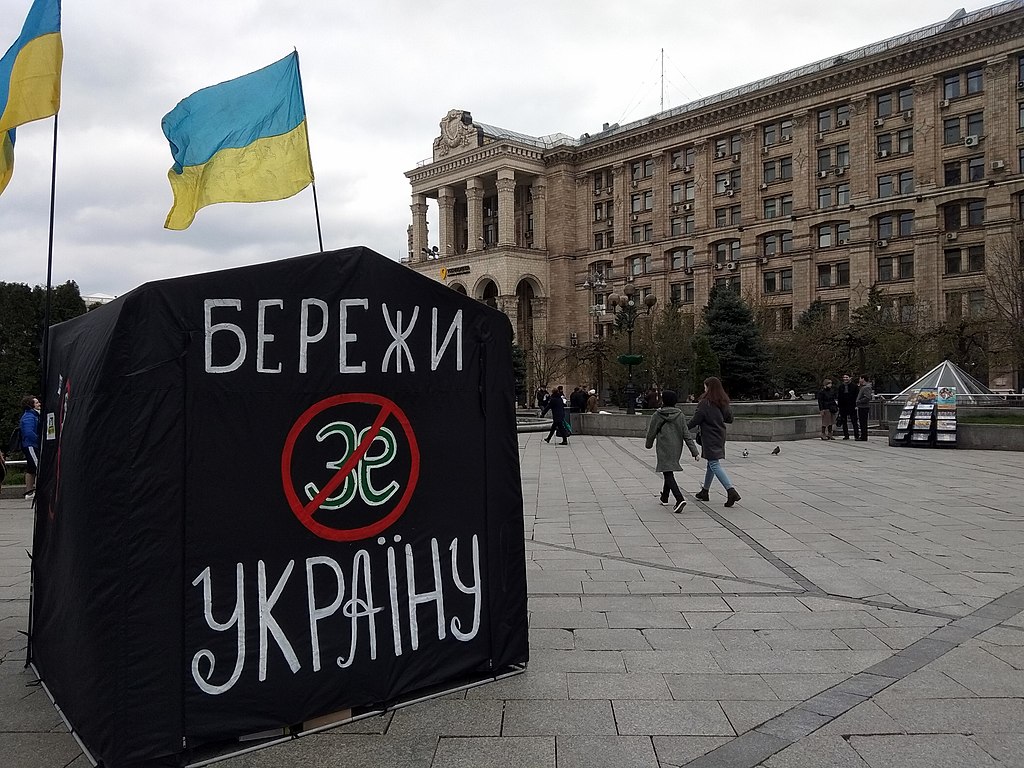 Moral drift and the danger to peace

One example is the case of Andriy Bohdan, who ran Zelensky’s election campaign and went on to be appointed chief of staff. Before that, Bohdan was the personal attorney of the notorious oligarch Ihor Kolomoisky, the former owner Privatbank, of one of the biggest Ukrainian banks, nationalized in 2016. Bohdan doesn’t have a good image in the Ukrainian media, given his involvement in a number of court cases. He worked in the government under the pro-Russian president Yanukovych and is also known for his arrogance towards media and civil society. He is considered to be ‘the only political beast’ on Zelensky’s team.

According to prime minister Oleksiy Honcharuk’s September comments to the Financial Times, Privatbank is currently being investigated for a $5.5 billion fraud committed before being nationalized. The IMF – on which Ukraine depends – considers any movement on Privatbank, including its re-privatization, to be a violation of the current $3.9 billion credit line negotiated by the Poroshenko administration in 2018.

In making the case against problematic figures like Bohdan, the US has long been an influential ally in the campaign against corruption. But the Trump administration’s conduct has abruptly eroded this authority. How can America criticize someone like Bohdan when Trump’s personal layer openly meddles in US elections and stirs up controversy in allied countries? This loss of moral guidance has inflicted real, long-term harm on Ukraine. There is no ‘for the better’ here.

Ukrainian conspiracy theorists have also joined in, trying to confuse the Ukrainian public about the Minsk agreements of 2014 and 2015, which established a ceasefire and a broad road map for peace between Moscow and Kyiv. There is now concern that Zelensky might succumb to the pressure against the agreements. The process was overseen by Germany, France and the OSCE. Those who oppose the Minsk agreements argue that France and Germany want to drag Ukraine into an agreement with Russia in order to lift the EU sanctions that prevent their companies from operating in Russia.

German President Frank-Walter Steinmeier proposed a solution, the so-called Steinmeier Formula, while he was German foreign minister. It proposes a resolution to the conflict in the Donbas in presence of four leaders (the Normandy format) and foresees a special status for occupied Donbas following local elections recognized by OSCE observers.

Opinion polls at the end of September 2019 say that up to 60 per cent of Ukrainians support an end to hostilities even if this entails concessions. Up to 23 per cent support military action. However, since the start of the Minsk process, governing parties have portrayed Minsk domestically not as a way to resolve the conflict but as pressure from the West. If the Normandy format negotiations prove unsuccessful, Zelensky may be tempted to do the same.

‘At least the Ukrainian president looks better than the American one’, I read in an email from an influential columnist. In the short term, this is probably for the best. But it says more about the America we have lost than about Ukraine.

This essay is based on the author’s op-ed in Hromadske.ua.