In ‘Merkur’, Albrecht Koschorke asks whether radical democrats disregard civil rights. Also, why Gerhard Richter’s Birkenau series is less profound than it seems; and how Germany’s Federal Constitutional Court is getting proportionality wrong.

In Merkur, Albrecht Koschorke offers a highly lucid account of how Twitter, Facebook at al. have disrupted established processes of democratic decision-making by enabling a new politics of ‘participation without representation’. 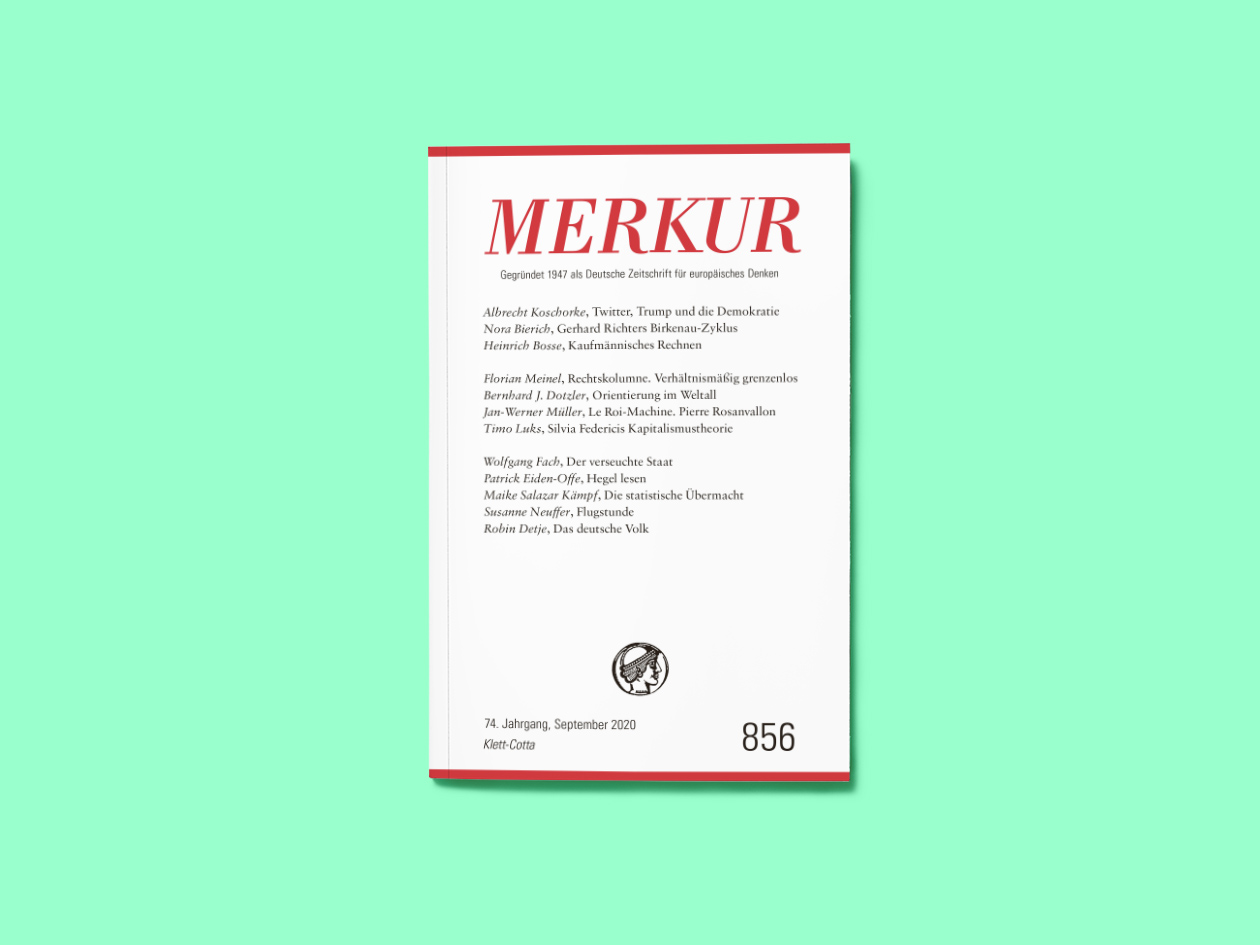 Comparing the present situation with historical moments of political upheaval – particularly the eve of the French Revolution, when the proliferation of short-lived magazines, political pamphlets and other forms of ad hoc journalism, often crude and defamatory, contributed to the fissiparous atmosphere – Koschorke shows how new, populist media challenge elite proscriptions on what can be said and who may say it.

For some, the new discourse appears as a vulgar disruption of polite conversation; for others, it feels like an act of liberation. With time, however, radicalized and increasingly militant cartels of opinion form that foster hermetic and conspiratorial communities of belief. The question then arises as to how social cohesion can be restored, without forfeiting media pluralism. This, according to Koschorke, is where we are at now.

Koschorke’s response is to reclaim the role of the representative as mediator of the public will. ‘While political participation tends to be activist and proves its worth through energetic campaigning on behalf of a particular concern … representation entails the obligation to carry out a role, behind which a person recedes in order to serve a function for the whole. Political liberalism, with its model of representative democracy, cannot be understood without this moral or official-ethical foundation.’

Certainly, it is important not to defend liberalism out of distaste for popular democracy, from the safety of a privileged position in academia or elsewhere. However, when Philip Manow writes that, ‘in a democracy, party competition cannot form along democratic/undemocratic lines’, he not only disregards the concrete concerns of civil rights campaigners in countries such as Hungary, Poland and Turkey, but also underestimates the importance of democratic fair play.

‘The good reasons for a constitutional restriction of “popular rule” are not rendered void because historically they have partly served to justify the marginalization of the lower classes. Democratic rules may be an instrument of power, but their defence cannot be discredited as simply the reaction of dominant elites. Nor does disruption of the limits placed on public debate mean that an entirely unlimited discourse would be any more democratic.’

Nora Bierich takes a critical look at Gerhard Richter’s celebrated Birkenau series. The paintings are based on four photographs of Auschwitz-Birkenau, taken secretly by a prisoner in 1944, which Richter then projected onto canvases and painted over. However, the significance attributed to the work goes far beyond what is actually seen in the pictures. Rather than a profound examination of the Holocaust, the Birkenau cycle is a mere aesthetic abstraction, in which the underlying photographs – which are among the most important photographic records of the Shoah – are covered and silenced by abstract layers of colour.

The principle of proportionality means that any encroachment on fundamental rights must be in proportion to the benefit gained. This principle is increasingly being misused by Germany’s Federal Constitutional Court, argues Florian Meinel. In recent rulings on the Bundesnachrichtendienst (Federal Intelligence Agency) and the ECB, the positive and negative consequences of far-reaching and complex political measures are often too abstract to be weighed against each other. The principle of proportionality leads to bureaucracy being increasingly decoupled from the democratic decision-making process.