In a Hegel anniversary issue, ‘Razpotja’ calls attention to an underrated quality of the German idealist: his sense of humour. Also, how Hegel predicted capitalism; and why left Hegelians are no less salient for being wrong about communism.

‘Philosophy must above all entertain – or at least excite.’ In a special Hegel issue, the editors of Razpotja call attention to an underrated quality of the German idealist: his sense of humour. The comic nature of the philosopher’s thought – and thus of ‘being itself’ – is as good a reason as any to re-immerse ourselves in Hegel’s work, two and a half centuries after his birth. 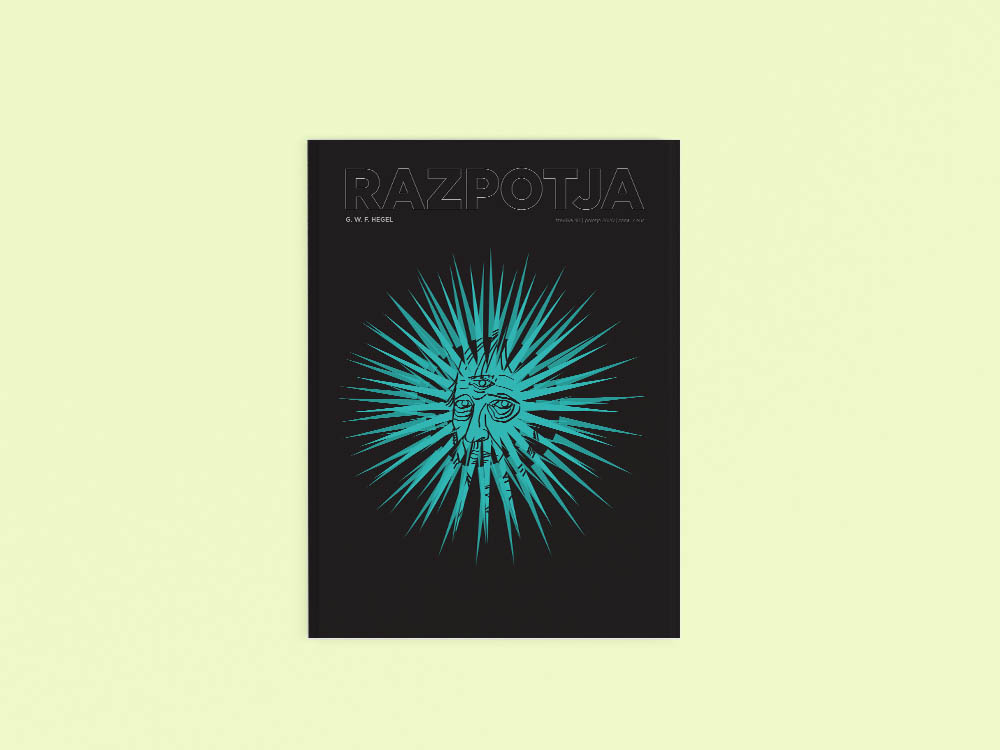 Reading Hegel’s essay Who Thinks Abstractly? (1807), Martin Hergouth argues that ‘abstraction is not necessarily the domain of philosophers or thinkers’, since to abstract is to violently isolate an element of the concrete. But, in contrast to the Romantics, Hegel also accepted the abstractness of modern society and believed that ‘a detour through abstract concepts is needed in order for society to work as a functioning whole’. In this respect, he predicted the transformative power of the ultimate modern abstraction: capital.

If Hegel is known as the ‘Prussian philosopher of the state’, then Slavoj Žižek and Mladen Dolar’s Hegel interpretation ‘treads a fine line between systemic revolt and affirmation of the existing system’, writes Jernej Kaluža. The political intervention of the Slovene left Hegelians has been to support new and enlightened political leaders or ‘Hegelian monarchs’. Although this radical brand of neo-Hegelianism has not succeeded in bringing about communism, it remains salient: ‘The more stupid the reality, the more that we need to repeat the critique.’

Outside the Hegel focus, Zarja Muršič discusses the new awareness of science’s fallibility due to mistakes made during the pandemic exploited by claims that ‘the scientific community doesn’t know anything at all and that a scientific consensus does not exist’. Scientists can take important steps, but, in the end, it is politicians who make the decisions. Whether those decisions are reasonable is up to them.