booksa.hr talks to Rachel Kushner about prison, redemption and the first person; to Želimir Periš about postmodern witches and why the end of patriarchy won’t bring utopia closer; and to Etgar Keret about existence and elephants.

The US novelist Rachel Kushner talks to booksa.hr about her latest work, The Mars Room. Set in the Californian prison system, the novel sheds light on ‘cruelty and the social structures that necessitate it’. Kushner discusses writing in the first person and her need to ‘unleash’  her own life into the work, ‘because it would then give me an occasion to process some of the feelings I’ve stored up, over a lifetime, in regard to the destinies of various people I’ve known, grew up with, and whose lives turned out very different from my own’. 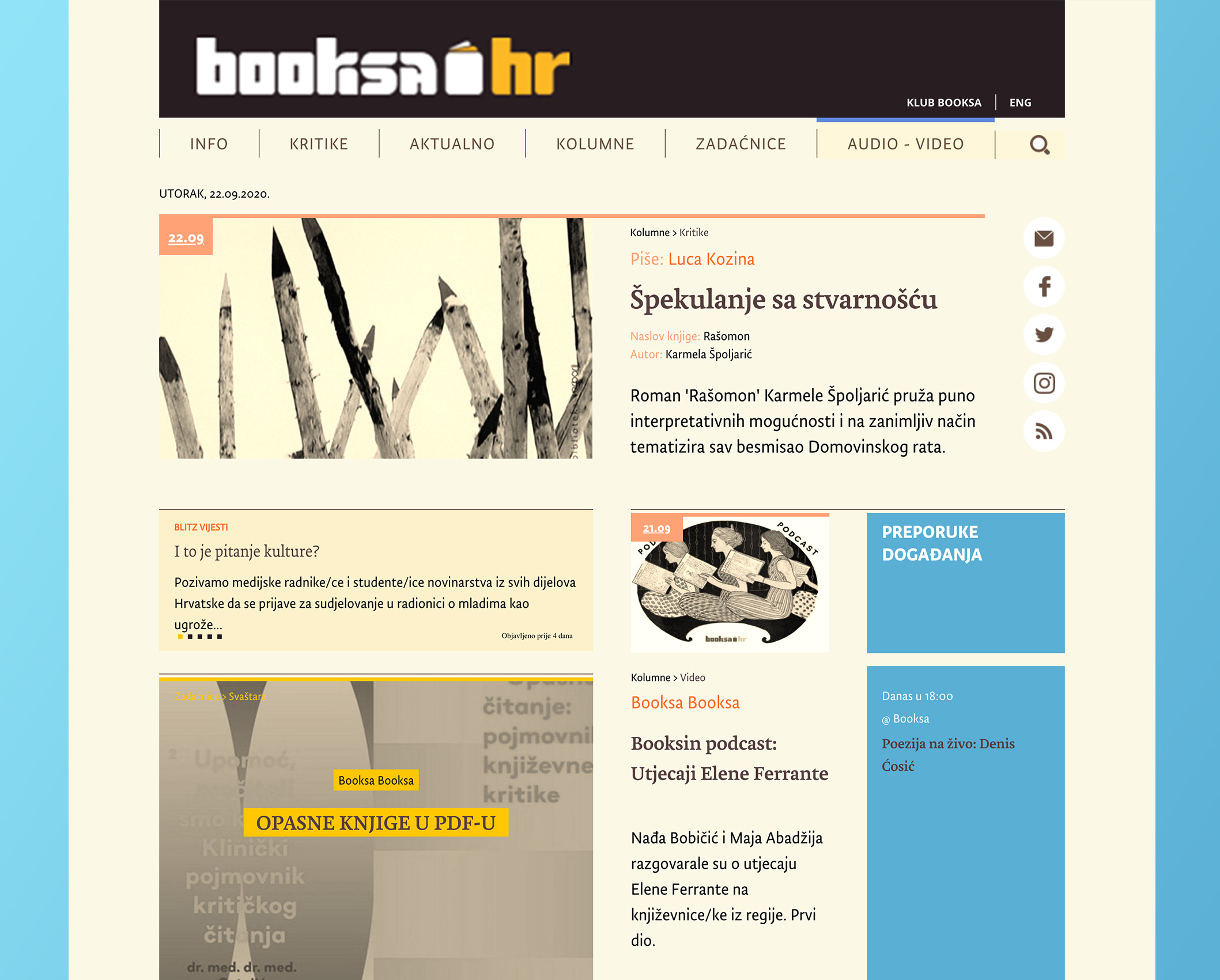 Kushner offers her perspective on forgiveness and redemption: ‘A California prison can make Christianity seem soft and loving by comparison with a system that offers no redemption, no second change whatsoever’. But not everything is so bleak: America is ‘a trash place, but it’s trash with a certain tragic profundity and a whole lot of flair’.

Croatian novelist Želimir Periš discusses his latest novel a punk parody of a nineteenth-century tale featuring a village witch named Gila. Periš contrasts Gila with the Virgin Mary and points out the paradox – that Gila is first and foremost a devoted mother. Despite featuring strong female protagonists, Periš insists that the book be read primarily as a historical novel with a postmodern twist. All novels should be feminist, he claims, and yet, despite the patriarchal era coming to an end, emerging forms of discrimination will remove us even further from utopia.

‘A short story is like a volcanic eruption – it starts abruptly and you never know where it might lead’, says Etgar Keret. The Israeli writer and graphic novelist describes his short stories as a mixture of objective narrative and readers’ interpretation, and his writing process as ‘anything but rational’. As for grasping the wholeness of human existence, it is ‘like a blind man meeting an elephant – only fragments are comprehensible’. Keret’s most recent collection, Fly Already, deals with loneliness and isolation, with unease about a world that is changing too quickly and with a reality that has become stranger than fiction.