‘Ord&Bild’ explains how Sylvia Plath belatedly came to influence Swedish literary tastes; why William Morris was a forerunner of fantasy fiction; what Richard Sennett gets wrong about cities; and why, after Alexievich, text is held to higher standards of documentary truth than film.

Sylvia Plath’s writing remained little known in Sweden until the publication of The Bell Jar in 1974. In Ord&Bild, Anna-Klara Bojö discusses the causes of this resistance, despite poet and translator Siv Arb championing Plath’s work. After meeting the writer in 1965, Arb translated and had published several of Plath’s poems, but ‘there was a lack of interest in the 1960s and early ’70s, largely due to the dominance of concrete poetry and, later, of neo-simplicity and political poetry in Sweden … No doubt images such as moon, elm and galloping horse’s hooves were scorned as worn-out tropes with a hopelessly romantic aura’. From the late ’70s, Plath’s poetry came to be increasingly admired and, as Bojö shows, influenced the work of several contemporary Swedish poets. 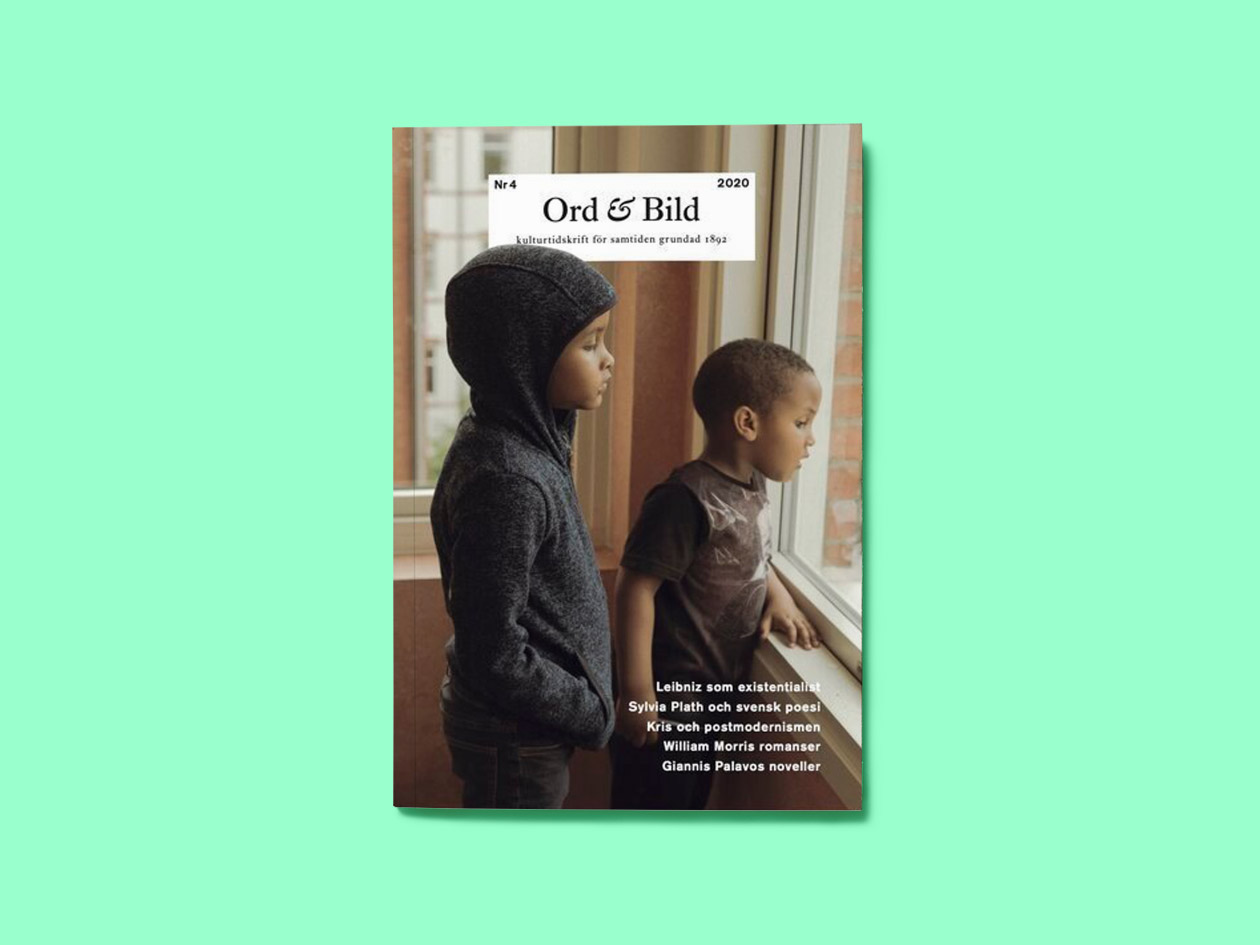 Per Klingberg writes on the novels of William Morris, beginning with a sci-fi take on a socialist utopia in News from Nowhere (1890) and continuing with The Glittering Plain (1891), the first of five romances. The Sundering Flood, dictated by the dying author in 1896, contains ‘the genetic markers of later fantasy novels … from The Lord of The Rings to computer games’. But rather than elusive elf kingdoms, Morris’s secondary worlds have ‘robust qualities … with national borders, political intrigues and historical depth.’ Klingberg points out that Morris ‘was no mystic’ and seemed ‘naturally resistant to religious contemplation [and] invites us to become re-enchanted with our own world’.

Maryam Fanni reviews Building and Dwelling, the last volume of Richard Sennett’s ‘Homo Faber’ trilogy, in which he focuses on ‘real cities’, which Sennet classifies as either a planned ville or a fluid cité. Fanni is critical of his approach, partly because ‘it turns the reader into a flâneur’. Sennett evades the question whether town-planners should ‘respond to the wishes of the inhabitants or strive to change their conditions’ and ignores the power of finance and tech companies. Perhaps the most important part of the book is the critique of smart cities such as Songdo in Korea and Masdar in the UAE, which Sennett calls ‘infantilising’. Fanni details the alarming possibilities of high-tech control of citizens and refers to closer-to-home developments in Toronto and Stockholm.

Marit Kapla reviews Anna Jungstrand’s study of ‘documentary versus literary writing’, which examines the politically driven documentation of conditions in Sweden during the 1960s. Kapla won a major literary award last year for Osebol, her 800-page, poetically textured collection of interviews with ‘ordinary villagers’ living in a remote corner of Sweden. It is a method made famous by Svetlana Alexievich and has been much discussed in terms of ‘literary ownership’, ‘realism and storytelling’ and the ‘fictionalisation process’. Arguing that ‘performance’ is a key concept, Jungstrand notes that ‘while a novelistic structure in films is understood to be authorial, textual material is assumed to be wholly factual.’

Olivier Corpet, the journals editor and director of the Institute for Contemporary Publishing Archives, passed away on 6 October. In the 1980s he was a central figure in the founding of the European Meeting of Cultural Journals, the informal network that developed into Eurozine. Carl Henrik Fredriksson and Klaus Nellen, Eurozine co-founders, pay tribute to Corpet.

The poetic writings of Inger Christensen, Kirsten Thorup, Vita Andersen and Sonja Åkesson shed light on the sensibilities of homemakers and carers in invisible reproductive workplaces, demanding the social and political acknowledgement of their labour merits.