UK journal ‘Index on Censorship’ speaks for those whose ideas, voices and bodies are deliberately disappeared to muffle their dissent. With reports from Xinjiang, Turkey, Ireland and the Mediterranean. Also: disappearing TV comedy – is the audience’s intelligence being insulted?

In Index on Censorship, Rushan Abbas asks what has happened to her sister Gulshan, ‘a gentle and non-political person’ who like many fellow Uighurs has disappeared in Xinjiang’s concentration camp network. ‘The hellish choice to remain silent, hoping for a miracle, unable to speak a word against this tormentor’, writes Abbas, ‘is weighed against a second option: to exercise the human right to speak out, which can lead to further loss of human rights for family members.’

The disappearance of her sister is a direct response to Abbas’s public advocacy in the US; and yet she refuses to take the safe option. ‘Truth prevails, and truth is something that terrifies the Chinese state, which makes every effort to conceal the truth from its own people.’

Kaya Genç talks to archivists from the Truth Justice Memory Centre, an NGO documenting disappearances by the Turkish state, the practice of which dates back to the inception of the Republic in 1923. By interviewing relatives of the disappeared and drawing connections between different cases, the Centre has been able to set up a public database to prove the disappearances really took place. ‘What can we tell to those eyes that don’t see’, one relative of a disappeared activist asked, ‘and to those ears that refuse to hear?’ 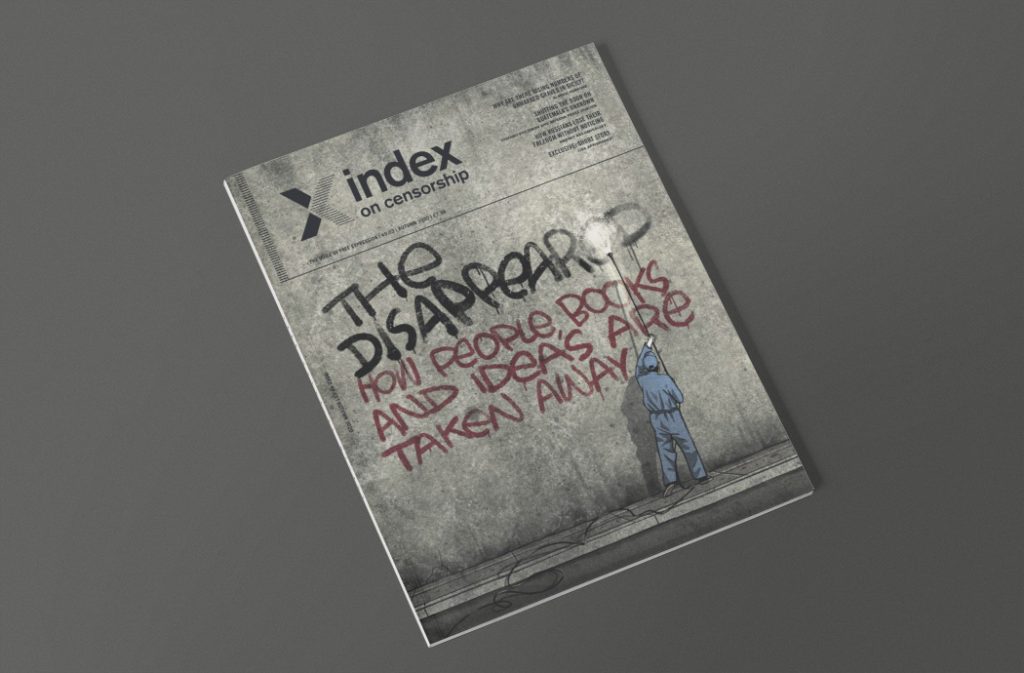 According to data from the International Organisation for Migration’s Missing Migrants Project since records began in 2014, some 13,000 people have disappeared in the Mediterranean without a trace, with thousands more unaccounted for after reaching Libya or when returned to their country of origin. The abandonment of the Italian government’s Mare Nostrum policy has increased not only the number of shipwrecks, writes Alessio Perrone, but also made assessing disappearances and drownings almost impossible. For those who do arrive safely in Europe, they find ‘they are only numbers – nobody knows who they are: they are bare data, deprived of substance and bodies.’

Jessica Ni Mhainìn investigates Ireland’s controversial Retention of Records Bill. If passed, the bill proposes to seal the testimony of institutional abuse survivors collected during the 2000s for another 75 years, when victims will no longer be around to read their own files. The constitutional right to a ‘good name’ appears to be one rationale for the secrecy, which entirely overlooks survivors’ rights to their data. In addition to withholding survivors’ access to documents, says campaigner Mary Harney, ‘we are denying further generations the knowledge of what happened in their own country’.

A closing of the mind?

Little Britain, Bo’ Selecta and Fawlty Towers in the UK; Scrubs and 30 Rock in the United States – TV shows deemed offensive are increasingly being taken down from streaming services. ‘What we’re increasingly seeing is that race is off limits in terms of humour’, says black film historian Kunle Olulode in conversation with Orna Herr. Some critics have little understanding of satire, Olulode says, and may underestimate an audience’s intelligence. ‘Part of it is certainly to do with more awareness of growth, maybe, in terms of our political understanding, but there’s another aspect to it which is actually a bit of a closing of the mind.’