‘Ord&Bild’ publishes a big issue on India and Europe. Including articles on the Europeanization of novelist Nirmal Verma; Akbar’s forgotten multiculturalist legacy; the silent suffering of refugee filmmakers; existentialism in Indian literature; and faith in Hindi cinema. 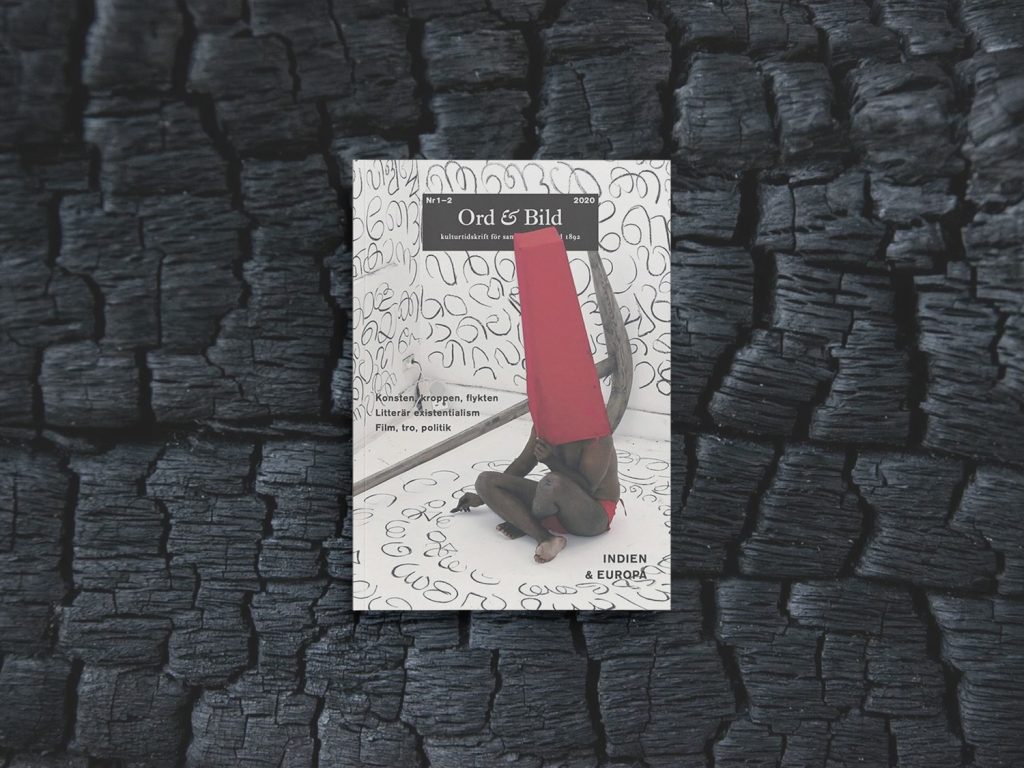 Ord&Bild publishes a big issue on India and Europe, guest-edited by novelist and essayist Anjum Hasan. The result of an unusually interactive and collaborative editorial process, the issue explores literary, aesthetic and philosophical aspects of a long relationship, to which colonial and post-colonial experiences are central. How does migration affect one as an Indian artist? What does European film mean to someone who has lived in Delhi all their life? What was Hermann Hesse’s grandfather doing in Kerala? Who translated Kundera into Hindi?

Literary biography: The answer to the last question is given by Vineet Gill in his portrait of Indian novelist Nirmal Verma (1929–2005). Verma spent most of the 1960s in Prague (leaving just before the Soviet invasion) and for him the city was the gateway to a European sensibility. Even after his ‘homecoming’ in the 1970s and growing interest in Indian identity, European culture and literature remained central to Verma’s work.

‘Not unlike the European Orientalist who heads to the East on a quest for spiritual self-discovery, Verma styled himself as an Indian Occidentalist, learning to see the self through, and in relation to, the West,’ writes Gill. ‘Europe was a stepping-stone for the Indian writer in the making. The history and literary legacy of Europe had to be reckoned with if one wished to become an Indian writer.’

Multiculturalism: Interest in Hindu and Buddhist spirituality from the 18th and 19th centuries fostered the notion ‘that India had much to offer Europe spiritually, but could contribute little by way of political ideas’, writes Girish Shahane. The Mughal emperor Akbar’s enlightened and inclusive view of society and religion, developed in the late sixteenth century and revived in the 1950 constitution, tends to be forgotten – and not only in the West.

‘Between assimilationism and vulgar relativism lies a realm of multiculturalism that throws up difficult questions about the balance between group rights and individual rights, which parallels the balance between sulh-i-kul, the impulse to harmonise cultures, and rah-i-aql, the path of reason that occasionally compels the rejection of traditions and customs. Sadly, histories of multiculturalism, which have proliferated in recent years, pay little heed to the example of Akbar or the history of the Indian republic, treating multiculturalism as a recent development within affluent societies.’

Art in exile: Journalist Taran N. Khan tells the story of a Kabul filmmaker living as a refugee in Hamburg. ‘To create things, to make films, to feel beauty and pain like all artists do – all this had acquired great significance to Masoud and others like him. Being an artist was a large part of what made Masoud himself. It was that part that had fallen silent since he had arrived in Germany.’

This article is part of the 7/2020 Eurozine review. Click here to subscribe to our weekly newsletter, to get updates on reviews and our latest publishing