Big Tech: The law of power

The technoliberationism that accompanied the early days of the web and that resurfaced with the ‘Twitter revolutions’ a decade ago now belongs to myth. Deleting Facebook is the new rebellion. Surveillance capitalism is the buzzword. Regulating is radical.

Postmodern technology critique, which saw technology in the abstract, as pure medium, is no less dated. Today, the ‘black box’ has been demystified. Algorithms have programmers, platforms have designers, and tech companies have shareholders.

Technology critique today starts with Big Tech’s power. Evgeny Morozov’s 2011 book The Net Delusion was a landmark in this shift. Today, Morozov has turned his attention to what an alternative technological infrastructure might look like – and how to achieve it. In order to channel technological development towards the common good, Morozov argues, technology must be placed in the public hand.

He is just one of many thinking beyond Big Tech. As Marietje Schaake writes, ‘the question as to who controls information flows has always been political’. Unless democracies lead the way in regulating tech, Schaake argues, authoritarians will get there first.

Even the Tech companies agree. But mere regulatory tinkering won’t alter the neoliberal status quo, warns Matt Stoller. The only genuinely democratic course of action, he argues, is to break up tech monopolies and regulate the resulting markets.

Caroline Molloy writes that Big Tech is eroding the bonds of solidarity that underlie the welfare state. Take healthcare, where a huge range of apps and other technologies are transforming how services are delivered. But the effect is not to democratize health. On the contrary: healthcare is privatized and made unaccountable. It is the social impacts of the new technologies that we need to be discussing, says Molloy.

Daniel Leisegang discusses the democratic risks posed by facial recognition technologies: the Clearview hack has revealed just how little we know about their use by state and private companies. So why does the recent EU white paper on AI ignore the issue entirely?

These and the other articles in the focal point Big Tech: The law of power? are published in collaboration with the Eurozine network. If you find them interesting, spread the word! 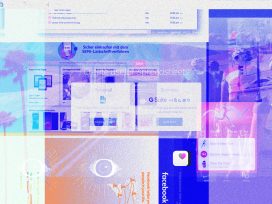 © Eurozine
This Focal Point is co-funded by:

Seamless design is an important dogma of dataism. Without unpredictable behaviour, however, there’s no data to retrieve. A wholly predictable future is just a continuous present, a tyranny of choices on offer.

Big Tech: The law of power?

The technoliberationism that accompanied the early days of the web now belongs to myth. Deleting Facebook is the new rebellion. Surveillance capitalism is the buzzword. Regulating is radical. Introducing the new Eurozine focal point ‘Big Tech: The law of power?’

The increasing use of facial recognition software by security services introduces a new era of surveillance. With it, public anonymity can be eliminated in a stroke. So why does the recent EU white paper on AI make no reference to the democratic risks posed by the new technology?

A computer is all you need

Big Tech and its applications are often hailed as a way of democratizing healthcare. But who is really benefitting from Big Tech’s increasing involvement in public services such as health? And does a focus on the privacy implications of the Big Tech revolution cause us to overlook its social impacts?

Game over for the monopolists?

On the race to regulate Big Tech

Calls for the regulation of Big Tech are being heard across the board, as the monopoly-dominated economy undergoes ideological collapse. At least three approaches to regulation are currently on offer. But only one can properly meet the challenge that Big Tech poses to democracy.

The great social democratic achievements of the twentieth century were in institutional innovation. By engaging with the risks posed to democracy by Big Tech, social democracy can both revive this tradition and reimagine its role. But that means leaving the comfort zone of regulation and campaigning for radically different technological infrastructures.

Can we rethink bots and algorithms so that they become tools that work for us, instead of an invisible, oppressive system that tries to deceive us? How can we redesign the ‘social’ in a way that doesn’t allow trolls to permanently disrupt our thinking and behaviour?

The Ukrainian government has announced a scheme to use AI to fight corruption in the Verkhovna Rada, the country’s parliament. The technology, dubbed ‘Big Brother’, is supposed to detect MPs’ voting patterns and to flag anomalies. AI is used worldwide for a variety of anti-corruption purposes. So will it work here?

If technology is the new governance, then the tech giants are the governors, operating without a democratic mandate. Europe must take the lead in pioneering a rules-based system in which the public interest matters, writes Marietje Schaake. Otherwise, authoritarian regimes and private companies will continue to set the standards.

As a bruised apple attracts flies, human thoughtlessness draws algorithms. Digital beings encourage our false beliefs, exploit our anxieties, and then use us as alibis for what they have done. Timothy Snyder examines what Turing said about the digital threat to a human future.