On 3 October 2013, over 360 men, women and children drowned off the coast of Lampedusa attempting to enter Europe. The tragic event – one of many at the gates of Fortress Europe – made Italian president Giorgio Napolitano lament the “slaughter of innocents” and triggered a new European debate on laws, borders and human rights.

One year after the Lampedusa shipwreck, we continue this debate, drawing on the fact that Eurozine is a transnational network, representing views and experiences from all parts of Europe – and beyond. Indeed, this focal point accompanies the Eurozine conference 2014 in Conversano, Italy, entitled Law and Border – House Search in Fortress Europe.

The renewed focus on migrants landing on Europe’s Mediterranean shores has highlighted the difference of perspectives between southern and northern EU countries, which first surfaced with the economic crisis in 2008. Many southern frontier member states – Italy included – feel that they are being left alone to deal with the economic, legal and moral challenges that come with refugees and asylum seekers. At the same time, the tensions between western and eastern Europe have never left the agenda. Populist politics demonizes immigrants per se; the most recent occasion for xenophobic rhetoric being the lifting of work restrictions on Romanians and Bulgarians earlier this year. There is a fortress within the fortress.

In Fabrizio Gatti‘s account of another tragedy in the Mediterranean, it becomes painfully clear how the policy of the European Union, its laws and regulations, decides over life and death. According to Gatti’s estimate, at least 268 people drowned in the shipwreck of 11 October 2013 – just a week after the disaster that allegedly opened everyone’s eyes to the “slaughter of innocents” taking place in European waters. But the tragedy could have been avoided, writes Gatti, had the vessels in the vicinity been allowed to respond according to common sense. However, they were not. Referring to laws and regulations, Italian authorities passed the buck of responsibility to Malta.

At some point such policies will be interpreted in ethical terms. As Kenan Malik writes, “Fortress Europe has created not only a physical barrier around the continent but an emotional one, too, around Europe’s sense of humanity.”

Never have there been more refugees in the world as today: an estimated 45 million in total. Or more. At the end of September 2014, just before the Eurozine conference in Conversano, 130,000 Syrian refugees crossed the border to Turkey – in one weekend! Does increasing investment in surveillance – which has so far been the standard answer to such developments – really go to the core of the matter? More often than not, migrants have no choice but to flee conflict situations, poverty or environmental degradation. This fact will not go away. On the contrary, climate change and increased global inequality will only add to an already volatile situation. On the policy front, Eve Geddie argues that “increased securitization and discrimination against migrants has neither reinforced the freedom, security and wellbeing of EU citizens nor curbed irregular migration”, insisting that it’s time to change the European discourse on undocumented migrants. And confronted with these “new categories of human beings created by an international state system in turmoil” – refugees, asylees, IDPs (internally displaced persons), PRSs (those in a ‘protracted refugee situation’), stateless persons… – Seyla Benhabib calls for a “new conceptualization of the relationship between international law and emancipatory politics […] so as to create new vistas of the political.”

Weekly, we hear about refugees drowning on their way to Italian territory. In the 1990s, the refugees trying to reach Italy were mostly Albanian. Italian vessels tried to stop them – resulting in the sinking of the Kateri i Rades on 28 March 1997 and the death of 83 Albanians. Travelling in Albania in 2012, Alessandro Leogrande, author of a book about the tragedy, finds that nobody wants to be reminded of these events.

Several other articles in the focus contribute further to the complex, often epic narratives underlying immediate crisis situations. Historian Imke Sturm-Martin asks: why the reluctance to historicize the subject of migration? And Claus Leggewie argues that “migration should be seen not as a peripheral phenomenon but as central to Europe’s shared memory”. Leggewie refers to a range of case studies, from the millions of foreign workers deported from German-occupied Europe during World War II and used as forced labour, to the colonial roots of much of today’s so-called “illegal immigration”.

Finally, looking to the future, Slavenka Drakulic observes one kind of Europe being replaced by another. Italy is the perfect illustration of this. Instead of attempting to conserve the cultural past, we should accept that migration will adapt much of what we consider “European” to its own image.

But first read Lina Ekdahl‘s deceptively simple prose poem. Ekdahl captures the characteristic mix of genuine curiosity and interrogative hostility with which newcomers have been met throughout history and which is no less pertinent in the era of Dublin regulations. The absence of question marks makes the eternal questions – what do you really want, why are you here – even more unheimlich. 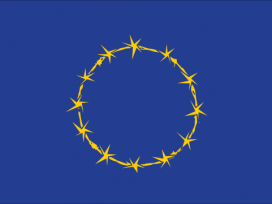 Changing the European discourse on migration

Increased securitization and discrimination against migrants has neither reinforced the freedom, security and well-being of EU citizens nor curbed irregular migration, writes Eve Geddie. It’s time to change the European discourse on undocumented migrants.

In defence of diversity

It is wrong to make immigration responsible for Europe’s social ills, writes Kenan Malik. Worse still is the way in which fortress Europe has created not only a physical barrier around the continent, but an emotional one, too, around Europe’s sense of humanity.

The facts, the myths and the framing of immigration

The case of Britain

Today, the same arguments once used against Jews, and then against South Asian and Caribbean immigrants, are now raised against Muslims and east Europeans. However, Kenan Malik finds some comfort in reviewing the facts of the matter. He then tackles the illusions.

Migration in the harbour city of Hamburg

Hamburg is one of the principle harbour cities in Europe and probably the most powerful in economic terms. Situated about 80 kilometres from the coast, the city was once part of the “Hanse”, or Hanseatic League – a powerful confederation of the shipping and trading cities within German territory. Hamburg developed from a free and independent, sovereign state into what is today: Germany’s second largest city. This article is based on a harbour tour held 15 September 2012 as part of Eurozine’s 24th European Meeting of Cultural Journals in Hamburg.

Why does Europe find it so difficult to remember the facts of migration, both voluntary and forced? Reluctance to address the more noxious aspects of collective European identity impedes an engagement with migration history, argues Claus Leggewie.

Although migration has a long and varied history in Europe, it tends to be treated solely as a present-day issue. Why the reluctance to historicize the subject? Particularly since migration history offers a way to replace narrow, national narratives with one that is properly European.

The tune of the future

Venice versus Lampedusa: travelling around Italy, Slavenka Drakulic observes one kind of Europe being replaced by another. Instead of attempting to conserve the cultural past, we should accept that migration will adapt much of what we consider “European” to its own image.