Fascism for our time?

‘Fascism’ has entered America’s political lexicon as way to understand and oppose the rise of the far-right. Trump’s polemics against the left have also propelled the label ‘antifascism’ into the mainstream. But are we really seeing a US fascism? What baggage does the concept of ‘antifascism’ carry? And what are we doing when we invoke Weimar?

In August, in the midst of the Democratic Convention, the party’s most prominent progressive, Alexandria Ocasio-Cortez, declared on social media that this year’s Presidential race between Joe Biden and Donald Trump was about ‘stopping fascism in the United States’.

Shortly afterward, in an essay for The New Republic, a trio of scholars – Federico Finchelstein, Pablo Piccato, and Jason Stanley – emphatically agreed, arguing that the f-word was in fact the right word to use for what was happening in Donald Trump’s America.

Not only that: they even agreed with the assertion that ‘most of modern political history is fascist, latently or openly’.

Ever since, it has seemed as if fascism was poised to join democracy as a keyword in America’s political lexicon; just as antifascism, or ‘antifa’ was entering it as well, thanks to Donald Trump’s relentless attacks on leftwing protests in Portland, Oregon. 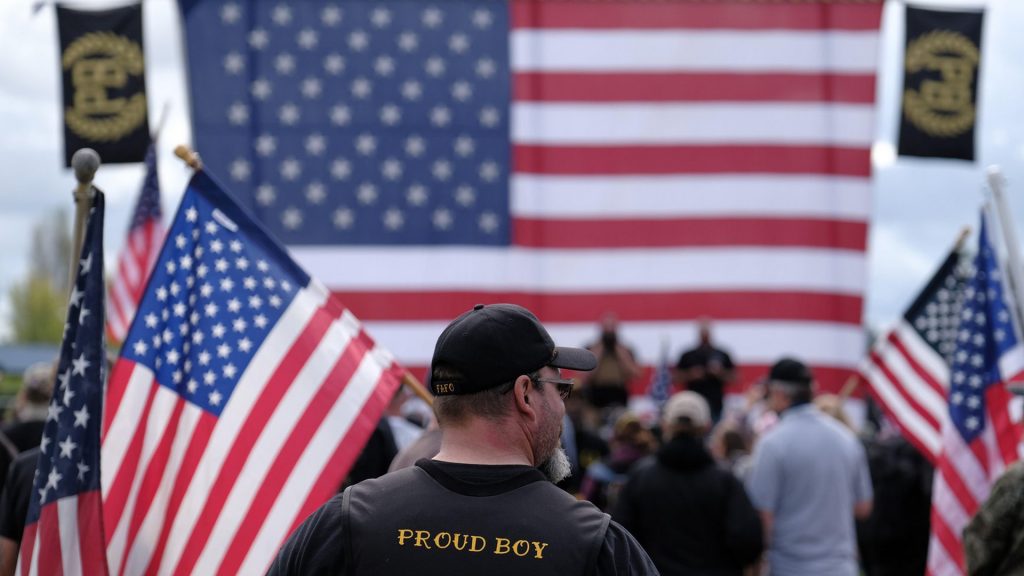 The focal point ‘Fascism for our time’, a collaboration between Eurozine and Public Seminar, aims to put these recent developments into a much broader context.

The essays gathered here grow out of a series of conversations between James Miller at Public Seminar and Simon Garnett at Eurozine, starting early this summer, at the time the protests against the murder of George Floyd were erupting. We both were struck by what we saw as certain limitations to the discourses on fascism and antifascism in both Europe and the United States, and by convergences as well as divergences between them. And so we decided to invite a variety of scholars in the US and Europe to address two distinct, but connected sets of questions:

1. Is it accurate historically to apply the term ‘fascism’ to regimes like America under Trump, but also to the far-right in Europe? And is to do so strategically astute, given that the term’s historical associations will necessarily define the political response?

Equally, how far can the term ‘antifascism’ serve as the common denominator for the politically diverse alliance against authoritarian populism, given that that its semantic baggage weighs as heavily as that of ‘fascism’ itself?

Moreover, what functions do both terms serve in the political competition? Do they tend to be used in ways that are discursive or divisive? What does their inflationary use tell us about the praxis of contemporary democracy?

2. How, if at all, does the Weimar experience of 1933 help us understand the implications of the authoritarian currents we are seeing today, in the US, in the EU, and globally? Are there sufficient similarities with the present situation to warrant studying Weimar as a historical lesson?

Moreover, what are we doing when we invoke Weimar as a comparison? Are we using it to underline democracy’s ascendancy in a progressive history of modernity? Or does Weimar tell us about the fragility of liberal-democratic constitutions, institutions, and norms? In other words, who has most to learn from Weimar: democrats or anti-democrats, us or them?

Earlier in the year, a spirited debate between the intellectual historians Peter Gordon and Samuel Moyn unfolded in the New York Review of Books over the use and abuse of historical analogies. There is also the contentious problem of comparability, inevitably raised by claims for the unique evil of select phenomena, such as the Holocaust, or (arguably) fascism as it existed in Italy and Germany in the 1930s and 1940s.

We think it obvious that a knowledge of history does nothing to prevent foolish mistakes; we also believe that the concrete specifics of every single historical event do not preclude comparisons that might be of practical use to present day readers.

There are some good reasons for arguing that Trump represents a form of ‘American fascism’. The far-right fringe of Trump supporters can comfortably be called neo-fascist. Equally, in Europe, the rise of politicians like Salvini or Höcke, whose relation to historical fascism is ambivalent at best, directly corresponds with an increase in far-right extremism. At the same time, the assumption that most of modern history is latently or openly fascist risks misunderstanding important national differences in political ideology and culture, and also the complex ways in which authoritarian variants of democracy may shed even more light on the problems facing liberal democracies in 2020.

Similarly, there are many who would argue that ‘antifascism’ is justified as a politically effective catch-all, precisely because of its malleability. If its meaning has never been stable, then its latter-day adherents cannot be criticized for using it falsely. But this is surely unsatisfactory. We argue that the increasing identification with ‘antifascism’ among scholars, activists, and even party politicians risks glossing over the crucial political controversies around the term throughout its twentieth-century history, which have by no means been put to rest. Not only that, its careless invocation offers Trump and the like a lever with which to discredit their critics, by blurring the line between nonviolent protest, and street fighting with police and armed far-right militias.

When western European commentators have engaged with Soviet and post-Soviet anti-fascism at all, they have generally tried to discredit it, for having been a key component in the state ideology of communism. This is doubtless an ideological reflex that overlooks the ‘genuine’ and popular grassroots antifascism in the Soviet and post-Soviet space. And yet the Putin regime’s anachronistic use of antifascism as a slogan for patriotic mobilization and justification for geopolitical expansionism should be a wake-up call for the international left – even if segments of it seem congenitally unable to engage unflinchingly with the record of Soviet totalitarianism.

The Weimar comparison can appear less contentious, more academic. This may indeed be case in the US, the UK and other nations without a history of authoritarian restoration. But particularly in Germany, the comparison is anything but abstract.

Ever since Karl Dietrich Bracher’s classic Die Auflösung der Weimarer Republik (1955), debate about Weimar has always been about the political present. In the FRG, 1933 was for a long time seen as the culmination of the German Sonderweg – the idea of Germany’s deviation from and eventual return to the western path of democratic modernization. According to this narrative, Weimar was a ‘democracy without democrats’, brought down by the perennial authoritarianism of German political culture. In the first decades of West Germany’s existence, Weimar served as the Federal Republic’s negative founding myth.

But as liberal democracy established itself and, after reunification, became ‘without alternative’, the use of a Weimar as object lesson gradually lost its raison d’être. Last year’s centenary of the Weimar constitution made clear that German and international historians now concur in seeing Weimar as a typical interwar democracy, one whose end was by no means pre-determined by ‘lacks and lags’. From this perspective, Weimar’s collapse tells us more about democracy’s fallibility than its superiority. To ask whether the far-right incursions into parliamentary politics that we see in Europe and the US threaten to bring down democracy in toto is to ask the wrong question. Rather, as Bracher recognized, we need to consider whether an authoritarian potential lies within democracy itself.

We both hope these essays may help readers orient themselves anew, in what already has been the most fraught political year in living memory, for Americans and Europeans alike.

This editorial is part of our 19/2020 newsletter. Subscribe to get the weekly updates about our latest publications and reviews of our partner journals.

Why street fighting is no way to resist fascism

Is it accurate historically to apply the term ‘fascism’ to America under Trump? And is to do so strategically astute? A special issue of ‘Public Seminar’ weighs in on the debate over the f-word. With contributions from Jan-Werner Müller, David Bell, Natasha Lennard and more.