Materiality, connection, meaning and process: ‘Czas Kultury’ on artificial intelligence and epistemology – and what slime mould can teach us about social organization. Also: Adam Mickiewicz’s anti-liberalism as door-opener to radical socio-political transformation.

Are digital objects in any sense material or embodied? To what extent can data be said to ‘exist’? How does it relate to us as humans? And what links our personal experience to information systems – digital, social or biological?

In the context of current discourse on agency, individuation, inter-relatedness and quasi-subjectivity, the problem is not whether but how digital bodies exist, argues Jędrzej Maliński in Czas Kultury. As artificial intelligence is being developed, so perceptions of knowledge are changing. ‘The epistemological gulf between subject and object is being crossed as the individuation of humans and non-humans becomes mutually dependent. Knowledge ceases to be about an unconditioned subject studying a passive object. It emerges from a connection between the individual and her surroundings, brought together in the course of individuation.’ 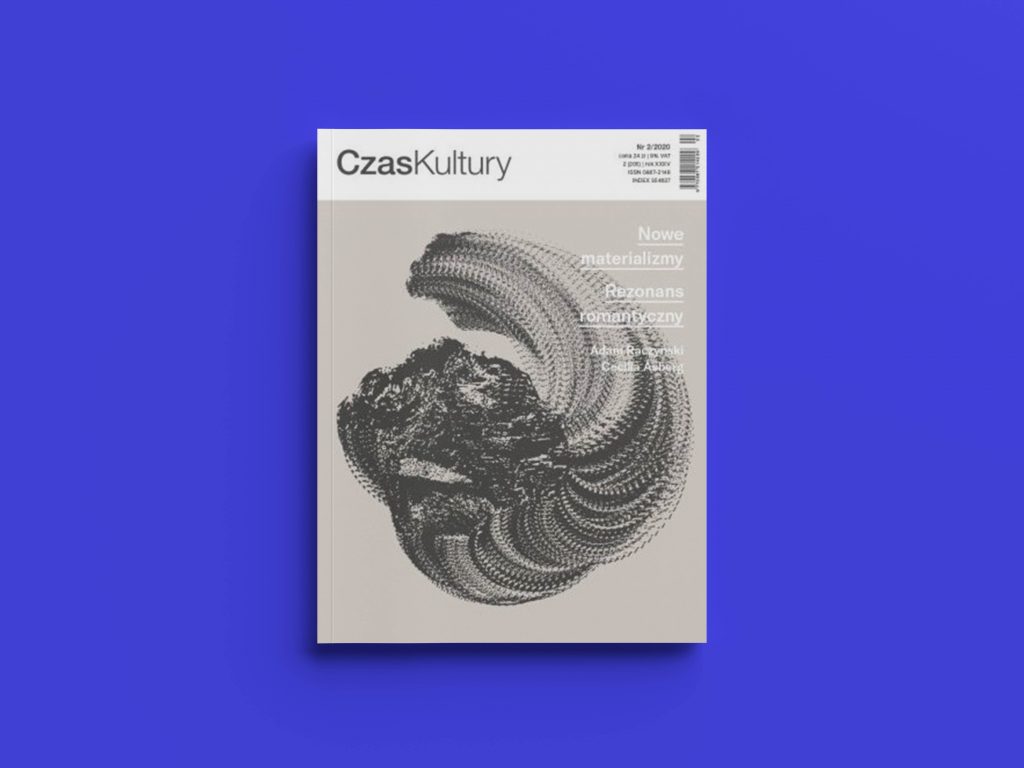 ‘Technological development has made human beings into a superorganism’, writes Maria Dębińska. ‘This presents a new problem: we must learn to behave like one.’ Remarkably, a single cell with a half a billion years’ experience could offer a solution. Slime mould spontaneously aggregates to form multicellular structures. It can build networks of conduits to feed itself, find its way out of a warren and make coordinated decisions on how to avoid light. Such behaviour can help in the analysis of other self-organising systems – anthills, beehives, neurons in the human brain or social media interactions – and provides a model for studying group dynamics and decentralised problem-solving. ‘Slime mould could show us the way to democratic, grass-roots initiated social organisation’, Dębińska suggests.

In the face of loss, displacement and broken identity, organizational systems imposed by outside presences have questionable value. Michał Kuziak considers how Adam Mickiewicz viewed political structures in Europe after the 1814–15 Congress of Vienna, when the Polish state came under Russian rule.

Exiled in Paris and tormented by loss, Mickiewicz called liberalism and parliamentary politics ‘a fraud’ that purported to support human freedom, while kowtowing to economic concerns that curtailed it. Since rational politics could not reconcile opposing rights and interests, Mickiewicz advocated a ‘messianic’ approach: attaining a psychological state that transcended the individual self, thus opening the door to radical socio-political transformation. His message continues to influence Polish cultural sensibilities. Yet it arose not as the vision of a mystic but as pragmatic search for ‘tools that would be effective, where other devices that modernity offered had failed’.