‘Varlık’ remembers the Turkish novelist, playwright and essayist Adalet Ağaoğlu (1929-2020), the great chronicler of the Republic whose work steered a course between secularization and Islamism. Also: on the resistance to the Turkish government’s proposal to exit the Istanbul Agreement.

The September edition of Varlık marks the passing of Adalet Ağaoğlu (23 October 1929–14 July 2020), the great Turkish novelist, playwright and essayist whose work steered a course between Kemal Atatürk’s secularizing reforms and the Islamic opposition that arose in reaction.

Arzu Etensel İldem examines the portrait of Ankara in Ağaoğlu’s debut novel Ölmeye Yatmak (Lying Down to Die) and how it relates to the writer’s own time in the capital city. Ayşe Eziler Kıran examines Bir Düğün Gecesi (A Wedding Night), the sequel to Olmeye Yatmak and the second novel in the Dar Zamanlar (Hard Times) trilogy, an intimate portrait of the tensions of Turkish society that sparked investigations as to whether she had broken the law by insulting the military. Banu Alkan takes up the final novel in the trilogy, examining how Hayır… (No…) depicts the impact of age on the intellectual. 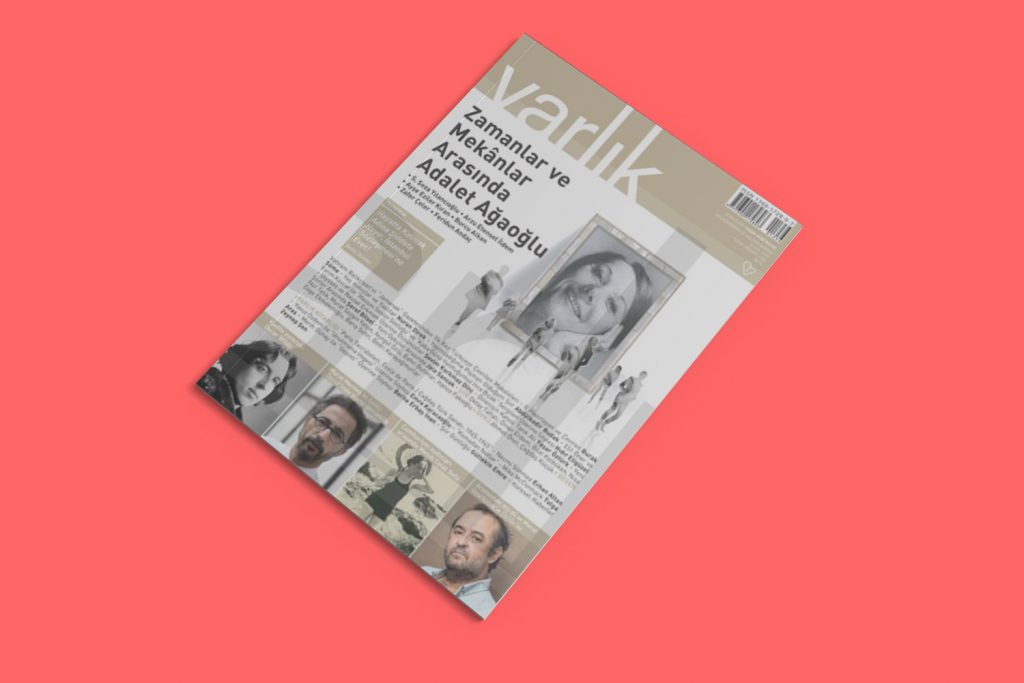 S. Seda Yılancıoğlu writes about Fikrimin İnce Gülü (The Delicate Rose of My Thoughts) and how Agaoğlu plays with time and space as she describes main character Bayram’s return to Turkey from Germany behind the wheel of a honey-coloured Mercedes – the only place ‘he can find self-confidence’. Zafer Çeler covers Üc Beş Kişi (Curfew), the 1984 novel that uses the internal monologues for which Ağaoğlu became famous. Set on an evening in June 1980 amid the political violence that would trigger a military coup later that year, the novel shows how the lives of seven characters in different parts of the country interlace. The result is ‘a tapestry delicately and masterfully woven’ out of the voices of different classes and types of people that ‘extend through all Republican history’. Finally, Feridun Andaç, who published a book of interviews with Ağaoğlu in 2000, offers a poetic reflection on their friendship and the novelist’s relationship with her creations.

The issue also reports on the resistance that has arisen to the Turkish government’s proposal to exit the Istanbul Agreement (the Council of Europe Istanbul Convention) on preventing and combating violence against women and domestic violence. Turkey ratified the agreement in 2012, which entered force in the country in 2014. In July, figures from the Justice and Development Party (AKP) advocated withdrawal on the basis that it ‘weakens the institution of the family’ and ‘encourages homosexuality’.

The AKP has ruled Turkey for nearly two decades with a combination of Islamism and conservative nationalism. The result has been to ‘turn women and LGBTI+ individuals into a society of “others” who are dancing with death’, writes Betül Dünder. Coming amid a spate of murders of women across Turkey, the idea that the country might abandon one of the few legal protections for vulnerable groups sparked a wave of opposition. Dünder recounts some of that struggle:

‘The women who gather to call for “real justice, not male justice” and to pursue and demand an accounting for every death cannot be certain that the next day it will not be their sisters who are turning their name into a hashtag on social media, writing it on posters and shouting ‘present!’ when it is called out on the streets, and whether or not their sisters will fill the streets with anger calling for the killer to receive the punishment deserved.’