In ‘O’r Pedwar Gwynt’, what the Welsh translation of the Rubáiyát reveals about masculinity, power and citizenship at the fin de siècle; how mid-20th century Welsh-language nature writers created an ecology without wild animals; and why the legacy of Protestant Nonconformism is hampering Welsh democracy to this day.

In O’r Pedwar Gwynt, Helena Miguelez-Carballeira explores how the cult of the Rubáiyát of Omar Khayyám that developed on both sides of the Atlantic at the fin de siècle intersects with the history of the petroleum war between the UK and Mexico in the 1930s. T. Ifor Rees’s translation of the Rubáiyát was the first Welsh-language book published in Mexico. As first ambassador to the UK in Bolivia, Rees reached Mexico City for the second time in 1938 shortly after the nationalization of the oil industry in March 1938. Rees is seen as a symbol of minority culture under threat. However, little attention has been given to his position guarding Britain’s economic advantage in Latin America.

In his travel book Illimani yn Nhiroedd y Gorllewin Rees recounted how diplomatic relations between the UK and Mexico started to be restored as he and Eduardo Hay, Mexico’s Foreign Secretary, realized they shared similar interests. Both were translating the Rubáiyát. Hay helped to publish Rees’s Welsh translation in Mexico in 1939. And Rees was one of the facilitators of the restoration of diplomatic relations between the two countries in 1941 – a victory for Mexico.

Searching for traces of Rees in Mexico City in August 2019, Miguelez-Carballeira witnessed the feminist protest on 16 August 2019 against the rape of two teenage girls by the police. These, she writes, are ‘traces of a movement which insists on radical steps to undo the relationship between movement, masculinity, power and citizenship – the four pillars of the worlds of Rees and Hay – whilst the women in their midst, as Virginia Woolf showed us, have difficulty finding time to think, read or write, let alone translating from the Persian.’ 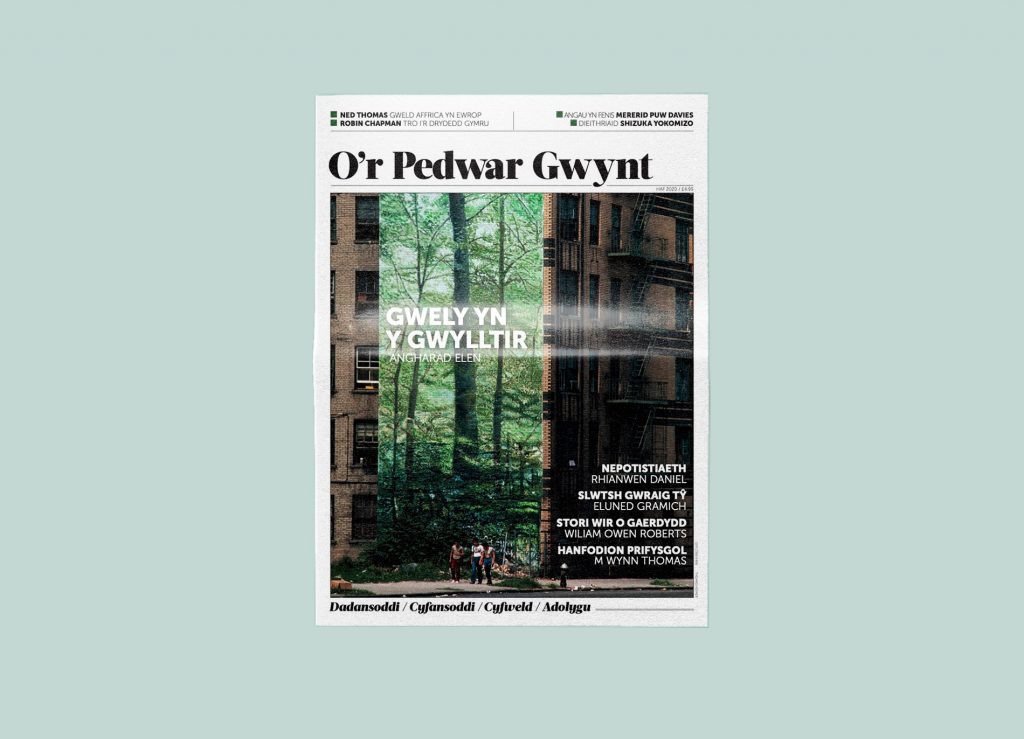 Anxious to think of themselves as a rare species under threat of extinction, mid-twentieth century Welsh-language nature writers created an ecology without room for wild animals, argues T. Robin Chapman. The dualism which was established – Welsh/English, rural/urban, neighbourly/impersonal, the smallholding/the terrace house – redefined the meaning of ‘natural’, ‘genuine’ and ‘inherent’.

Country life was considered that of the shepherd, the farmer and the craftsman. The mole and the curlew were ornamentation, at most. Rare is the writer in this period who allowed wildlife its inherent wildness, writes Chapman. For nationalist party founder, critic and playwright Saunders Lewis, institutions and man-made inventions were proof of value; if anything, wildlife testified to the divine nature of man.

When devolution came to Wales, there were reasons for optimism, writes Rhianwen Daniel. The expectation was that Wales would be governed in an increasingly direct, efficient and democratic manner. Yet, today, Wales is performing worse than other UK nations in virtually every policy area. Democratic participation is also too low. Are there fundamental cultural and historical explanations for these economic and democratic deficits?

One frequent explanation is the legacy of imperialist Britain and the extractionist economy that developed as a result of the Industrial Revolution. The exclusion of Welsh speakers from public appointments following the Acts of Union in the sixteenth century – and the intense feeling of cultural inferiority that ensued – are also often invoked. However, the legacy of Protestant Nonconformism has also contributed to a resistance to self-criticism and challenge, writes Daniel. Until this changes, Daniel argues, the Welsh cannot be a democratic nation in any meaningful sense.

Also: Seeing Africa in Europe; an interview with moral philosopher Jonathan Glover; alternative ways of being political; a historical perspective on energy; lockdown and women’s work; what is humanitarianism?