Gaby Zipfel, the former editor of the journal ‘Mittelweg 36’, was for three decades one of the driving forces behind the Eurozine network. Her vision, intellectual energy and unmatched capacity for critique will be sorely missed.

Gaby Zipfel, the former editor of the journal Mittelweg 36, passed away on 17 February. She succumbed to an unforgiving illness – at home, in the conditions of full dignity that she had always demanded for herself, as someone proud of her independence and master of her own destiny.

Over the past three decades, Gaby was a familiar, respected and much-loved figure in the Eurozine network, in which for a long time she played a crucial role, latterly as member of the Eurozine advisory board.

I became acquainted with her in Lisbon, in October 1994, at the 8th European Meeting of Cultural Journals, the first of many I would be attending as editor of the journal Revista Crítica de Ciências Sociais. She had joined the circle a couple of years earlier, as one of its very few female members at the time, as she recalled. A sociologist, social worker and radio journalist, she had recently taken on an editorial role at the newly founded journal of the Hamburg Institute for Social Research (HIS) – whose address at Mittelweg 36 lent the publication its name. The conversation we started on that occasion was never to cease. 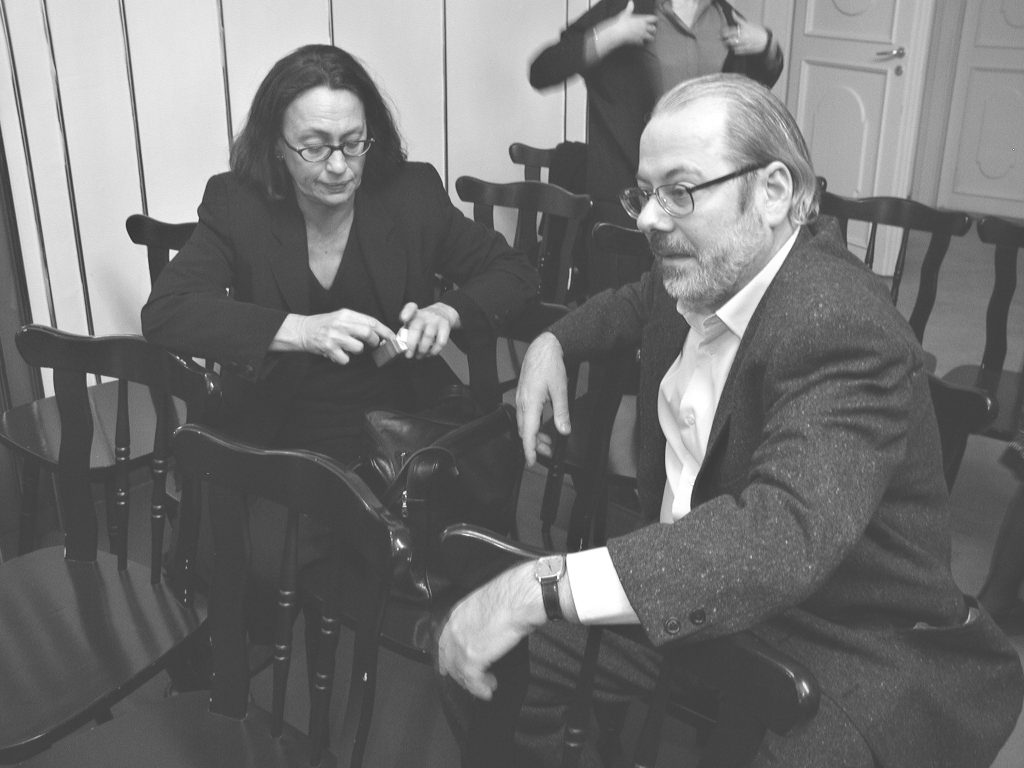 In a few years, we would be among the founders of what became Eurozine. From the start, Gaby was one of the most enthusiastic proponents of the idea of an online platform-cum-network. She would become a driving force in the organization – and can take a great deal of credit for configuring Eurozine’s structure and ensuring its growth and consolidation over the years.

Thanks to her long-standing participation as a member of Eurozine’s editorial board (1998–2012), the Hamburg Institute became a central location for the network. Together with her colleagues at the HIS, Gaby organized the 24th European Meeting of Cultural Journals in Hamburg in 2012. Entitled ‘Arrivals–Departures’, the meeting bore the hallmarks of her intellectual style: outward looking, dialectical, concerned above all with society and its dynamics. These traits were closely bound up with the tradition of the city itself: for Gaby was a Hamburgerin through and through. 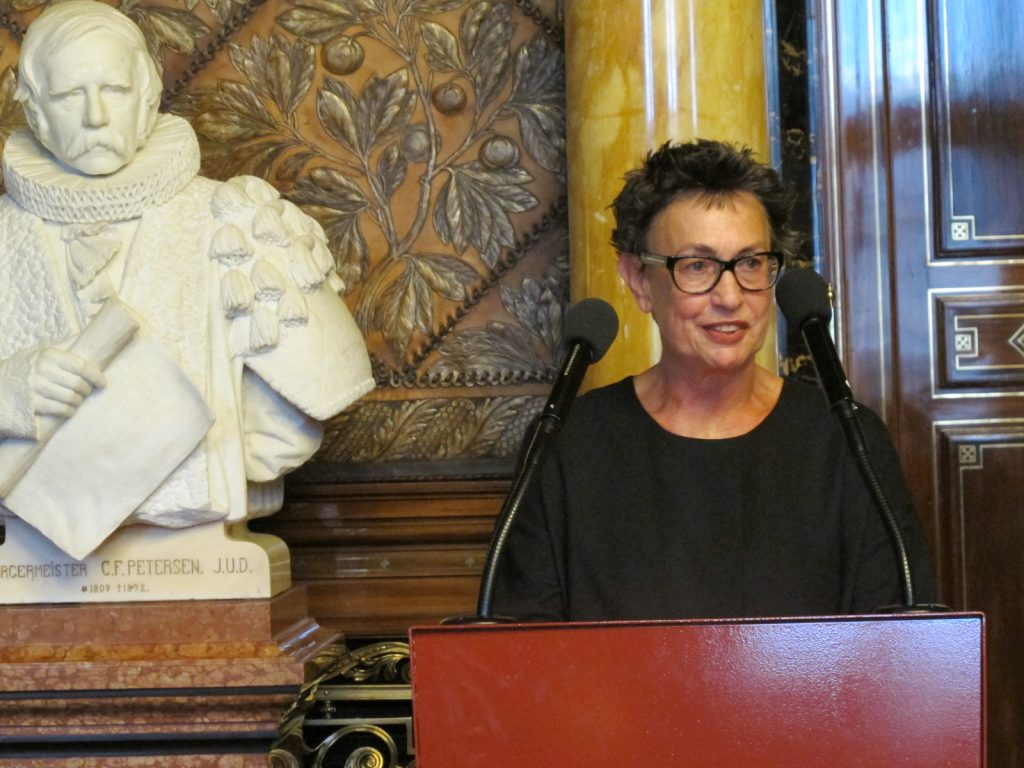 Gaby was by no means keen on assuming the role of protagonist or of claiming the lights of publicity. She was even rather shy about public appearances and it was always difficult to persuade her to stand in the first row where she rightfully belonged. She was fully content with providing her contribution in a quiet manner – in working meetings or in private conversation.

She was always full of ideas and had a clear vision of what needed to be done, a vision that was extremely ambitious and thoroughly pragmatic at the one and same time. She had high standards both professionally and personally and would not tolerate laxity of any kind; nor would she spare criticism whenever it was needed. But a job well done would always meet with her full appreciation.

Gaby was responsible for Mittelweg 36 for over two decades until her retirement and contributed many articles on behalf of the journal to Eurozine. But she was not only an editor. As a respected sociologist, she brought a very specific accent to the research agenda of the Hamburg Institute, which had become internationally acclaimed particularly through its studies on violence.

In 2010, together with her colleague Regina Mühlhäuser, she founded the International Research Group ‘Sexual Violence in Armed Conflict’. Thus, even after retirement, she remained fully active, turning the research group into a dynamic and vibrant focus of international research. Her publications on the topic will remain a vital reference. Only last year, she published in Eurozine an indispensable overview of the research literature on sexual violence in war, a text that remains one of the most read in the Eurozine archive.

Death is beyond words. This tribute to a wonderful colleague and friend can be nothing else than a pale reminder of how much she did for us. The rest, the unfathomable depth of our mourning, is silence. 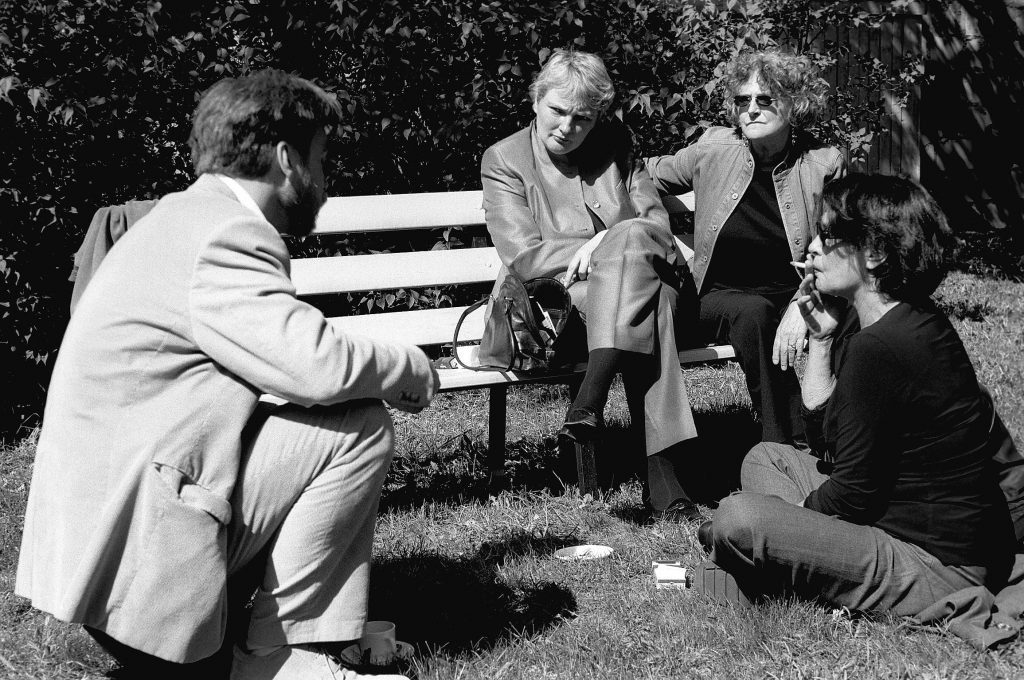 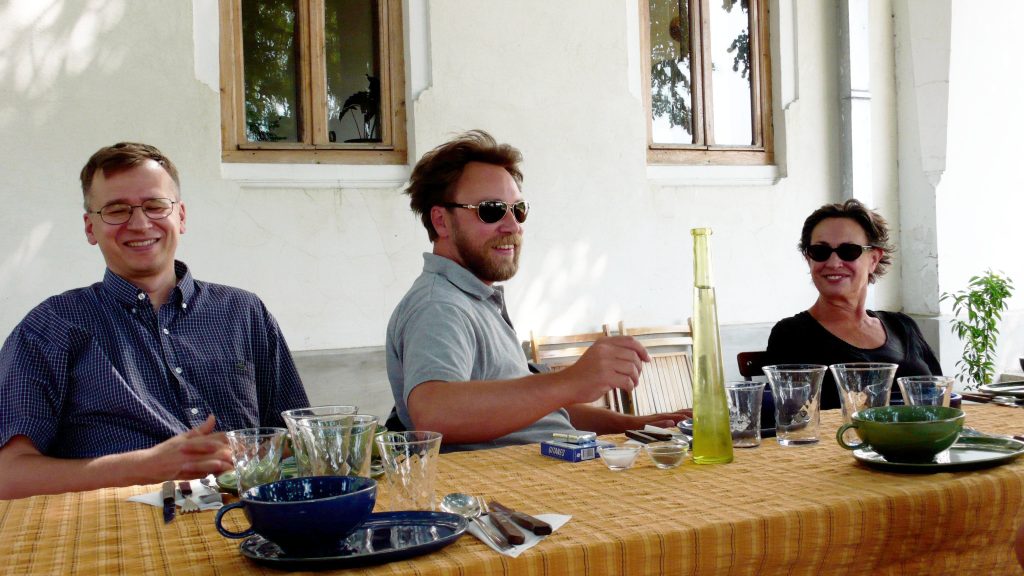 At a meeting of the Eurozine editorial board in Cetate, Romania, in 2009. L-R: Märt Väljataga (Vikerkaar), Carl Henrik Fredriksson, Gaby Zipfel.

The making of a European journals network