In the new issue of Belarusian art and culture magazine pARTisan, published in collaboration with the Hebbel Theatre in Berlin, artists, photographers, philosophers, poets and intellectuals from Belarus and Germany offer perspectives on the authoritarian regime of Aleksandr Lukashenka. According to editors Tania Arcimovich and Aenne Quiñones, the comparison between Belarus today and the GDR in 1989 throws up questions that can help Belarusians discern a path into the future.

The title of the magazine has taken the feminine form in recognition of the role played by women in the protests – a subject that is again discussed in depth. ‘What is our present? What is the future? Who are we in this construction? What about the concepts of “freedom”, “change”, “transformation”?’, ask the editors. 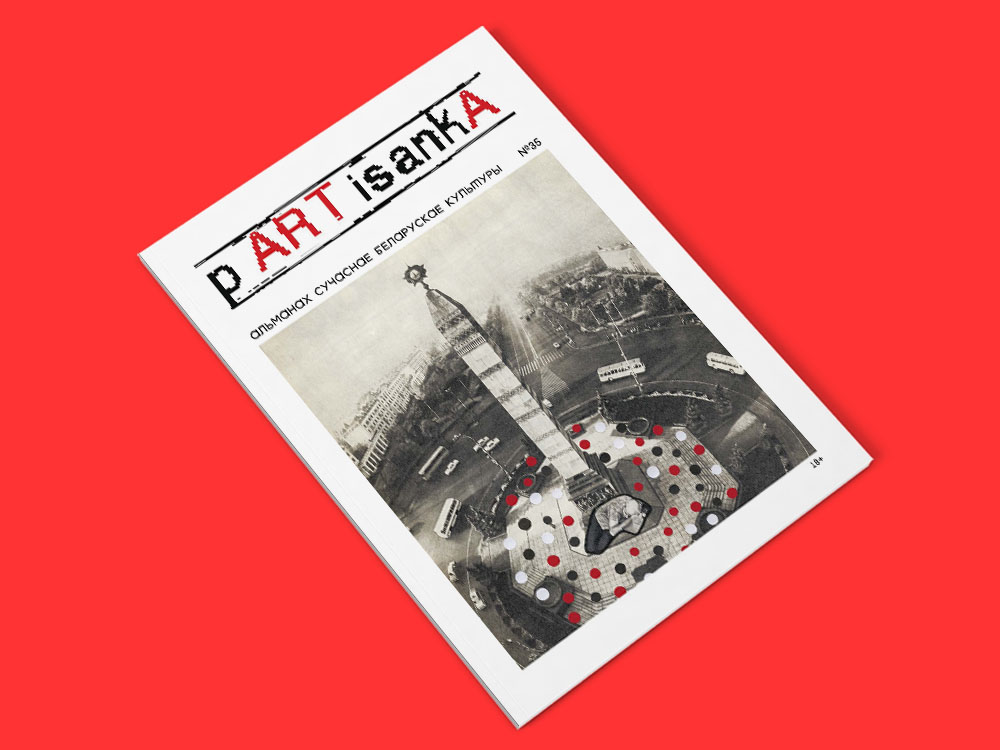 Sociologist Elena Gapova, philosopher Almira Ousmanova, philosopher–sociologist Valeria Korablyova and historian Felix Ackermann discuss what exactly has been happening in Belarus since 9 August 2020 and what kind of future scenarios are conceivable. Ousmanova in particular is optimistic, arguing that the system of power is rapidly disintegrating as more and more people turn their backs on the regime, driving it into international isolation. The future, she says, ‘could come about much sooner than we think. Rather like how the end of the Soviet Union suddenly “happened”.’

Valeria Korablyova asks the important question as to how the newly politicized segment of the Belarusian population will, in the event of regime change, be able to transform the mobilization and solidarity that have defined the protests ‘into effective structures of administration and permanent political participation’. Will the horizontal networks that have emerged be able to obtain a mandate for change and reform from those uninterested in politics – and if so, how?

The question whether comparison with other revolutions, such as in Ukraine, is appropriate runs through the conversation. Korablyova argues that parallels are still difficult, given that the protests in Belarus have yet to reach a conclusion. However, she hopes that ‘this new case will be a success story and thus encourage the development of theoretical thought and modern democratic imaginaries.’

Learning from the mistakes of the ’89ers

Former dissident Klaus Wolfram talks to Ingo Petz about the mistakes of the ‘Neues Forum’, the platform of the democracy movement that emerged at the end of the GDR, drawing lessons for Belarus today. Wolfram insists that Belarusian oppositionists must start preparing for the future: ‘Sooner or later there will be new elections, even if the regime hits back even more severely before then. There needs to be a guarantee that people from the reform movement can be elected at all levels of the new democratic structure – people who carry the impulse of self-determination within themselves and who have evolved with the movement.’

Over thirty thousand people have been imprisoned since the protests in Belarus began and there have been countless cases of torture and physical abuse. Although the mass rallies have stopped, the protests continue. The regime shows no sign of backing down and is currently targeting independent literature, publishing and culture. But how is the crisis affecting art? What art is possible and in demand in the unprecedented situation in which Belarus currently finds itself? And what can be the occasion and subject of an exhibition today?

According to Lisaweta Michaltschuk, curator of the KX Space in Brest, art in Belarus has turned to ordinary life: ‘Self-narrative has become a form of political art, or more precisely: art about politics.’ Her interlocutor, the cultural scientist Jelisaveta Kauciak, puts paid to any hopes ‘that the fundamental value of art will be recognized by the state and that public funding programmes will be developed.’ In order for art to be able to support people, art must be supported by the state: ‘A democratic society is only possible if there is a critical mass of thinking and feeling people in it.’