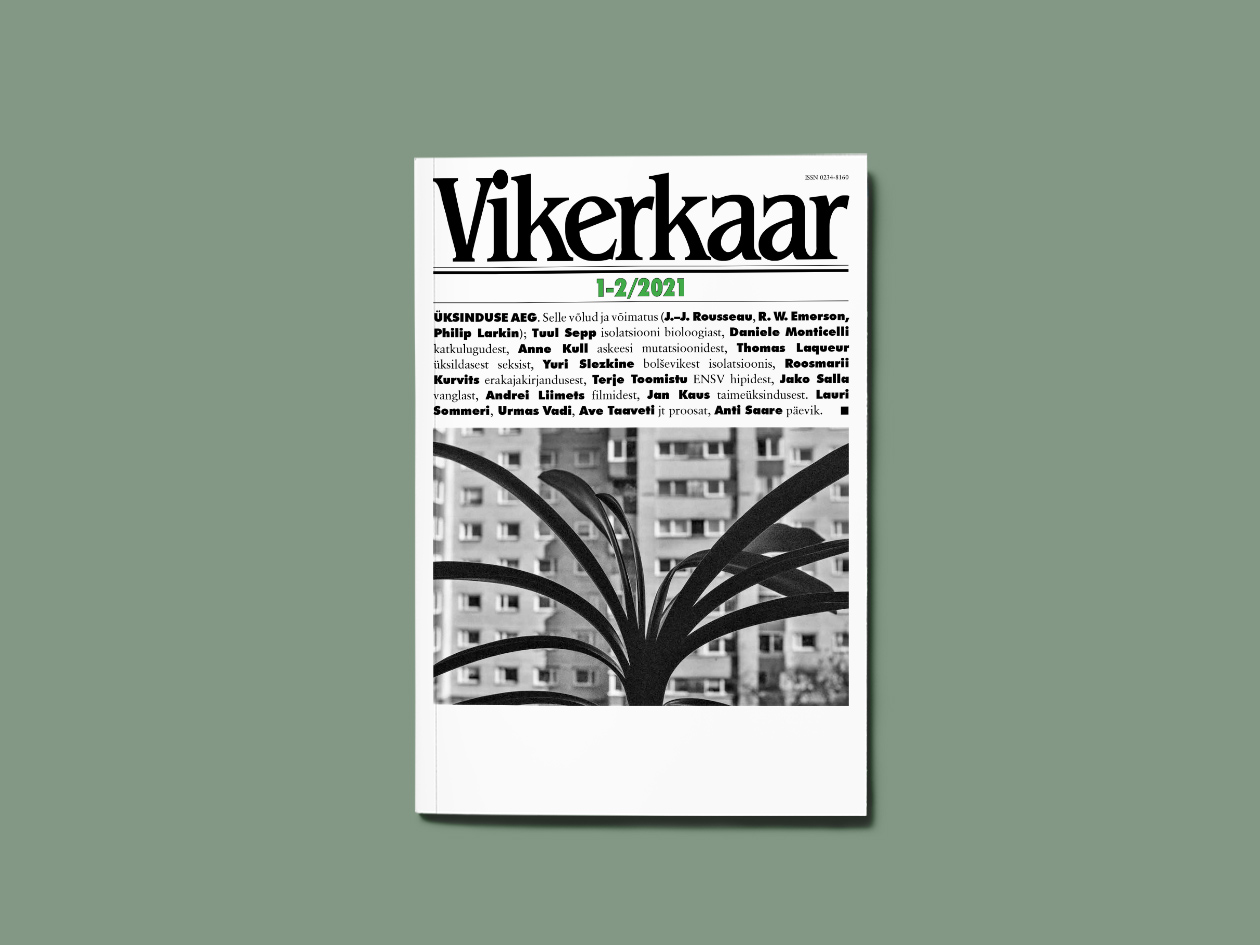 The Enlightenment had a few things to say about the solitary vice. It was immoderate and made men slaves to themselves. Driven by the imagination, it unmoored one from the social world in an era that prized individualism. Like credit, it made something out of nothing and threatened to careen out of control.

If the gods gave humans shame to allow us to live together, the pedagogues, doctors, and philosophers of the Enlightenment worked so hard to make sex with ourselves shameful in an effort to allow us to live alone. It was a hard road to make something private and solitary shameful, because shame is an emotion evoked in public through the real or imagined gaze of others. It was their project to make it shameful in the eyes of the self. And, in the long Augustinian tradition, they located it in the desiring flesh – an asecular appropriation of concupiscence.

A history of solitary confinement

Estonian prisons subscribe to ‘the principle of normality’: that life in prison should resemble normal social life as much as possible, in order to avoid alienation and serve rehabilitation. In practice, however, they tend to resemble hospitals or psychiatric institutions that emphasize uniformity and control, writes Jako Salla.

Regular confinement in Estonian prisons is not that different from solitary confinement: ‘if isolating people with the Bible in Pennsylvania Prison or Bentham’s panopticon at least aspired to turning them away from crime, then the pointless, boring and inactive day of the Estonian prisoner, at times in greater, at times in lesser isolation is completely devoid of meaning. A prison that prioritizes isolation over all else cannot lead to rehabilitation.’

Soviet hippies, a one-man newspaper and the semantics of disease

Other articles look at individuals who have voluntarily isolated themselves from society – from a hippie, who travelled the length of the Soviet Union, to a hermit-journalist in the 1930s, who published several newspapers and magazines for which he was the sole author. Finally, anthropologist Daniele Monticelli surveys the political meanings of disease, from the role of the plague in the Iliad and Oedipus Rex to modern disaster films like Contagion.

Read from this issue in Eurozine:

How is whiteness constructed and why is it so fragile? What’s at stake in discussing colonial memory for eastern Europeans? Do they actually eat a lot of cabbage?