One of the last interviews with Rudi Dutschke

In an interview conducted a year before his premature death, Rudi Dutschke explained to Jacques Rupnik the reasons for the German Left’s failure to understand what was at stake in Czechoslovakia in 1968. “In retrospect, the great event of ’68 in Europe was not Paris, but Prague. But we were unable to see this at the time.” 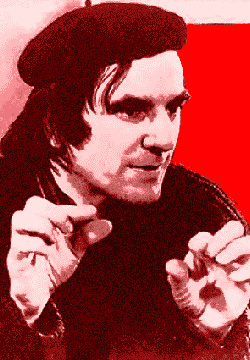 Rudi Dutschke was German leftism’s guiding figure at the end of the 1960s and the leader of the most famous student movement (SDS). He fell victim to an attack in April 1968 and succumbed to its consequences in December 1979. On the occasion of the tenth anniversary of the events in France of May ’68, I sought to interview him in Frankfurt for a BBC programme. His reply surprised me: “I have very little to say about May ’68 in France: in the first place, because I happened to be in the hospital, but above all because, in retrospect, the great event of ’68 in Europe was not Paris, but Prague. But we were unable to see this at the time.”

Dutschke had even been to Czechoslovakia at the beginning of the Prague Spring. His visit was the occasion of a “deaf man’s dialogue” between Czech students and the representative of the West German students. The rhetoric of the latter resembled too closely that of the hard-line Prague regime, with its contempt for “bourgeois democracy” and “imperialism”, which could only be American. The following is one of the last interviews with Rudi Dutschke; it is trapped in the characteristic language of German leftism of the era and now and then requires a careful reading between the lines. With this caveat, however, the text illustrates the East-West misunderstanding of 1968.

Jacques Rupnik: How do you explain the inability, in 1968, of the radical left in the West to grasp the importance of the Prague Spring?

Rudi Dutschke: The explanation is an historical one. Since the revolution of 1917, the majority of the workers’ movement in the world has been living off the myth of the October Revolution as being a proletarian revolution. The persistence of this myth had one consequence: the absence of any critical analysis of what was going on in the USSR. In 1945, the Soviet Union contributed to the defeat of Fascism and to the reconstruction of Europe. In other words, Soviet influence meant on the one hand (and in first stage) liberation, and on the other, the end of all democracy, the end of what became known as the gains of the bourgeois revolution. During the period of the Cold War, the left once again had a tendency to identify socialism with the Soviet Union, and in the Federal Republic, with the GDR. It is in this context that the student movement of the 1960s appeared. I remember that within the core of the SDS, the majority thought alike as to the question of Eastern Europe. Nobody even discussed it. It was considered secondary, so we just didn’t bring it up. I remember that upon my return from Prague, no one in the SDS could really understand what I was attempting to describe of the events there. For them it was a problem and a process that related to liberalism, and not to socialism.

JR: The thesis of the danger of “the restoration of capitalism”?

RD: More or less. But no understanding whatsoever of the situation and what the real stakes were in the country. This is the main reason why the left in Western Europe did not understand the dynamics of social and political emancipation in Eastern Europe. Because of this, communication and cooperation became impossible. It was actually reduced to more of a personal affair than a political one: I was a native of the GDR so I was in contact with Petr Uhl and a few others.

JR: In what way were the movements of the spring of 1968 in Paris and Prague important for you? Aside from the misunderstanding, are there any common denominators?

RD: At the time, I thought that we were witnessing the appearance of a new dimension in the class struggle in Central Europe, with growing pressure simultaneously in Western Europe and in Eastern Europe. Czechoslovakia represented a fundamental step forward in the perspective of political change in Eastern Europe. I only learned of the events in Paris of May-June while in a hospital bed. For me, it was clear that a defeat would put a time limit on the possibility of East-West cooperation. The defeat in Paris and in West Germany also allowed the communist parties to come back into the political scene. Moscow had told them to wait, and above all, not to participate in the struggle, because this could have hard-to-control repercussions in the East. After the defeat in Paris, my only question was: Will the Russians intervene in Czechoslovakia? We had already debated it at the time of my visit to Prague. I was convinced that it was unthinkable. But my Czech student friends told me: “Are you so sure that 1956 is already part of the past?” I actually thought that this couldn’t happen again. I had judged the situation poorly. But in June, my certainty began to fade. Then there was the terrible shock, just as for all those who honestly believed in their socialist convictions.

JR: Don’t you think that the East-West “misunderstanding” of 1968 was not just due to the contexts and rhythms of the different developments, but above all to the fact that they did not have the same objectives? Ideologically, they had little in common: the Czechs wanted to humanise Marxism, while in France there was a return to the revolutionary purity of Marxist doctrine.

RD: Absolutely. I remember that when the Czech students came to Berlin and to see me in hospital, they told me: “It is so difficult to talk to the Germans…” And they were right. But they met again at the Youth Movement Congress in Sofia and were able to form new ties; the people of the SDS understood that the Czechs were ready to work together in order to break out of the harness imposed on them by the Sofia officials and the Communist organisations. This was a small step towards rapprochement.

JR: Unity in defeat, but not during the movement’s initial phase?

RD: That’s absolutely correct. The experience was not conclusive. And yet, I am convinced that in the years to come, the West German Left will have to understand (as it is beginning to do) that a change in the status quo in the Federal Republic and in Western Europe is unthinkable unless in connection to political and social emancipation in Eastern Europe. Change in isolation is impossible. And to understand this implies a formidable change in consciousness.

This article is a pre-print from the forthcoming issue of Transit (no. 35, Summer 2008)

From protest to social enterprise

European Utopias from below

1989 and the role of popular movements East and West

The emotional politics of Brexit

Apposite though the ‘heroic failure’ analysis is, the politics of self-pity is not limited to Brexit. Writing from Wales, Angharad Closs Stephens asks whether peripheral national movements also share something of this sense of woundedness. At the emotional level, the boundaries between progressive and reactionary politics are less clear cut than we may like to think.

How to get rid of autocrats

Progressive parties must bundle ecology, anti-authoritarianism and multiculturalism into a political project ‘beyond right and left’, argues Claus Leggewie. Resistance now means social and ecological campaigning against the dominant powers and ideas of industrial modernity. The right is called upon to take part in this new politics of concordance.