Leviathan commemorates Max Weber’s life and work with a collection of essays exploring the theorist’s ongoing relevance a hundred years after his death. As editor Claudia Czingon notes, the 2020 centenary received little attention in social science journals. Leviathan corrects this by addressing Weberian themes, from bureaucracy and science to capitalism, with a secondary focus on Brazil as a contemporary case study, looking at its recent shift to the Right. 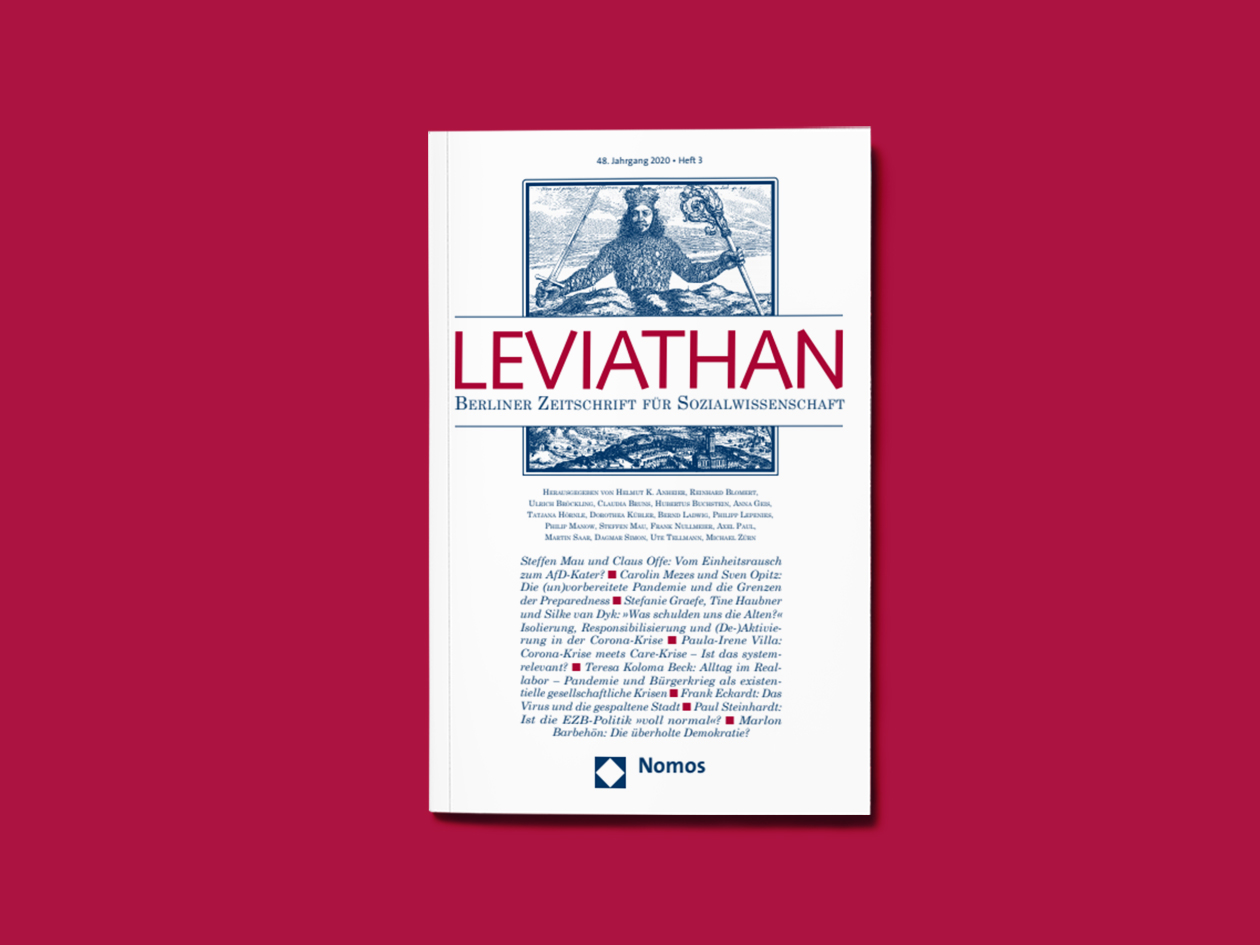 Philip Manow argues that Weber’s notion of legitimate political rule overlooks something quite obvious by today’s standards: namely, that it hinges on democratic elections. Weber’s draft of a plebiscitary democracy is not based on the principles of representation, delegation and mandate but on the willingness to obey a charismatic leader, according to Manow; indeed, Weber’s top-down model of leadership would have significant consequences when he became an advisor to the Weimar Constitution.

From political party crises to representative democracies in peril, Manow ruminates on the lessons learned when examining Weberian thought: ‘looking back at the political upheaval in 1918–1919, … a heightened sense of the immense “complexity of legal and supra-legal contexts,” should be taken into account when considering questions of constitutional democracy today.’

Switching gears from the public to the private, Ingrid Gilcher-Holtey considers the ‘intellectualization’ of Marianne Schnitger and Max Weber’s marriage. In her analysis, Gilcher-Holtey defines the nature of the ‘intellectual couple’ and their ‘intellectual marriage’. While Marianne pursued her doctorate on Fichte and Marx, Weber was an early supporter of women’s studies at Heidelberg University; their union, in Gilcher-Holtey’s view, impacted the development of their respective ideas on female equality.

She also explores the couple’s reactions to emancipation vis-à-vis the burgeoning sexual revolution of Heidelberg’s 1907–1908 milieu and the twentieth-century German Revolution. Gilcher-Holtey’s conclusion underscores Marianne’s importance to her husband’s intellectual legacy: not only did she methodically collect and assemble his writings ready for publication but she also wrote Weber’s first biography.

Sérgio Costa takes a multipronged approach to Weber, combining analysis of social structures and political power to interpret the recent political developments in Brazil. Costa applies the term ‘intersectional conflict’ to the post-PT (Workers’ Party) administration’s attempts to reverse recent gains made by marginalized members of Brazilian society, including the poor, migrants, blacks, women and LGBTQIA+ groups. He cites the work of Kreckel, who was himself influenced by Marx and Weber, to underscore inequalities in Brazilian society based on material wealth, relative position within hierarchical organizations, socially relevant knowledge and access to privileged associations.