Passage’s collection of essays ‘reconsiders classical working-class novels and examines the literary articulation of new working models.’ Work, it is felt, has changed for the worse: ‘no solidarity between workers, no stable hierarchy connecting bosses and workers … The individual is left to fight their own battles with bureaucracy, the welfare state and globalization’. 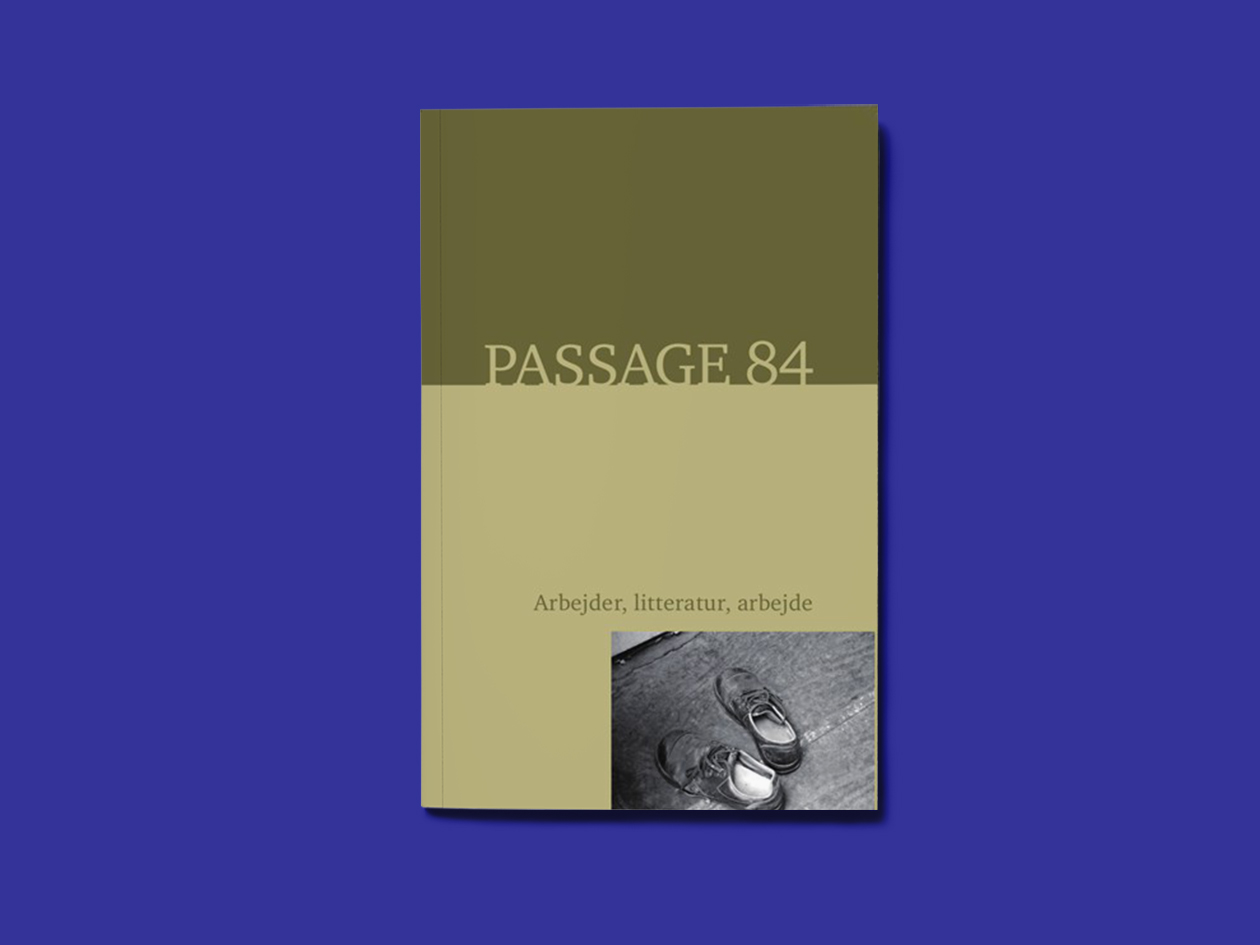 Work done in the home – ‘reproductive work’ – is considered women’s work, invariably underrated and ‘alien to literature based on [patriarchal] values,’ argues Elisabeth Friis. Investigating the poetry and fiction of female Danish writers, Friis takes peeling potatoes as example of activity from two collections of poetry: ‘It is life-sustaining, as is all reproductive work … The self at the kitchen sink peeling potatoes represents the drive to maintain life against the threat of boundless destruction.’

The Danish at work in Greenland

Denmark’s colonial and post-colonial literature is one-way: ‘written by Danes working in Greenland’, Emilie Dybdal and Anders Grønlund explain. From Ingemann’s Kunnuk and Naja (1842) to Red Man/Black Man (2018), the third volume of Kim Leine’s trilogy, the Greenlander is ‘the Other’ and the balance of power between natives and incomers a critical topic.

Dybdal and Grønlund emphasize that ‘the Greenland workplace is always a conflict zone’ and use Jørgen Liljensøe’s novel Barakkerne (1977 & 2017) as a case in point. The eponymous barracks, built in a predominantly Greenlander community, house Danish labourers, managed by Danish bureaucrats. They become focal points ‘for conflicts that cut through not only culture but also class and gender.’

In the essay ‘Caught between blood, muck, colleagues and tedium,’ Troels Obbekær examines the novels Tragedie(2017) by Kenneth Jensen and Yarden (2009) by Kristian Lundberg. The writers’ portrayal of the precariat at work are based on their own experiences as casual manual labourers: Jensen in a meat processing plant and Lundberg in a quayside car loading yard.

In both workplaces, class solidarity is effectively non-existent, mainly because ‘the precariat is fractionated’. Obbekær quotes Guy Standing’s analysis: ‘The fractions [of the precariat] are the atavistic underclass, the nostalgic migrants and the progressive educated group’. Lundberg and Jensen are aware that, despite being as dependent as everyone else economically, ‘the writerly gaze confers a resourceful distance to workmates … and a way out of the misery of slaughtering for Jensen and a means to understand manual workers for Lundberg’.

‘Could we ever imagine a canon of literary works about the EU?’ Jonas Ross Kjærgård asks and speculates that ‘the crises – about the Euro, refugees and Brexit – seem to pave the way for the EU as a topic’.

Agricultural policy is central to both The Capital (2017) by the Austrian EU-enthusiast Robert Menasse and Serotonin (2019) by the EU-sceptic Michel Houellebecq. Unlike British Brexit novels, both ‘investigate the consequences of being an EU member’. Menasse ‘charts the bewildering and partly self-undermining EU apparatus, while Houellebecq focuses on the individual at the receiving end’ – an embittered artisanal farmer who shoots himself during a farmers’ demonstration.