New issue of the Slovak journal on Moravian-born philosopher Edmund Husserl. Contemporary phenomenologists from East and West discuss the cultural historical context of Husserl’s thought and its impact on the twentieth century. 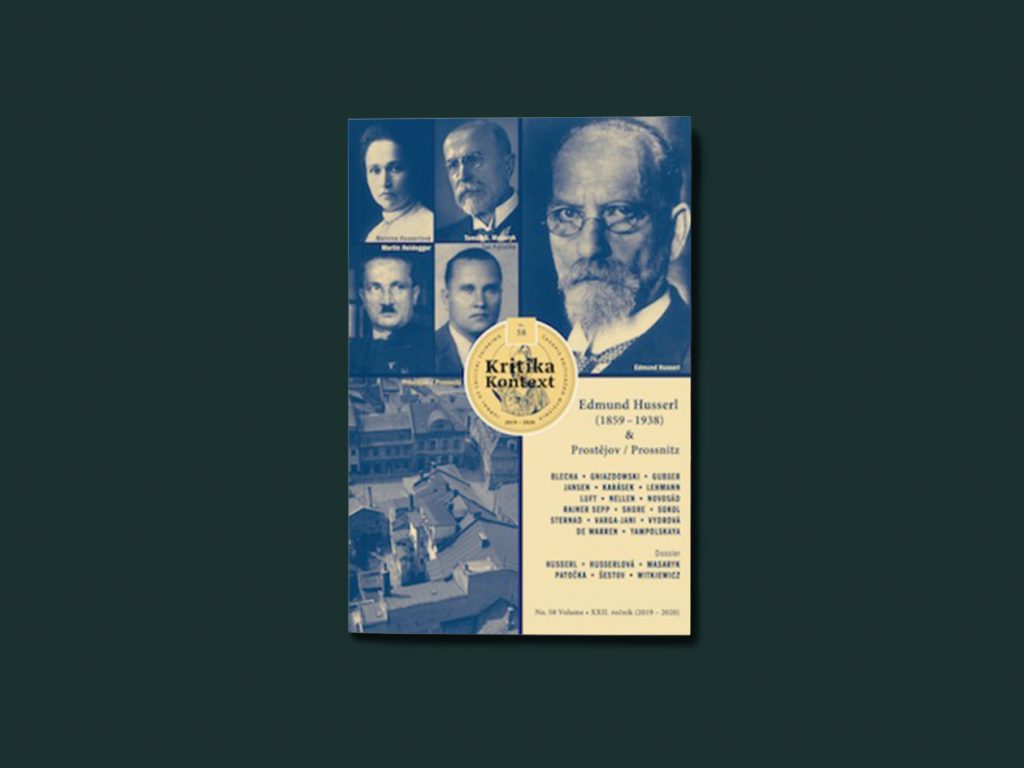 Kritika & Kontext, published by the liberal arts college BISLA in Bratislava, dedicates its new issue to the life and work of philosopher Edmund Husserl, the founder of phenomenology, focusing on his native context and reception in eastern Europe. The trilingual issue (Slovak, Czech and English), edited by Samuel Abrahám, Ludger Hagedorn, Klaus Nellen and Jaroslava Vydrová, is part of various commemorative events that had been planned to take place in Husserl’s Moravian birthplace of Prostějov (then Proßnitz) in April 2020, but had to be postponed for one year due to the Corona pandemic.

Husserl was born on 8 April 1859. His family belonged to the town’s large Jewish community. Not many traces are left today of the rich Jewish life in Prostějov. In 1942, almost all Jewish citizens were deported to Terezín (Theresianstadt). After the communists seized power in Czechoslovakia in February 1948, the freedom of thought was again suppressed for four long decades. The ideas of Czech thinkers like T.G. Masaryk (with whom Husserl had a life-long friendship) or Emanuel Rádl were banned. The fact that Prostějov had in Husserl such a famous son fell into oblivion for 50 years.

As Anna Yampolska puts it, ‘Husserl did not create a philosophical system – instead, he shaped a philosophy according to which such systems are no longer necessary. His phenomenological method applies directly to our experiencing of the world; it makes the world appear as an experience where meaning is constituted.’

Concerning the cultural environment from which Husserl came, Nicolas de Warren writes: ‘Freud, Mahler, and Husserl, can be seen as responding to what Ernest Gellner has dubbed the Habsburg Dilemma, namely how to institute a universal language and mode of thinking from regional languages and particular forms of thinking, of how, in other words, to maintain a multilingual Empire united under one national language.’

Testimonies of contemporaries of Husserl – from his wife Malvine to Masaryk, Jan Patočka, the Polish writer and enfant terrible Stanisław Witkiewicz (Witkacy) and the Russian philosopher Lev Shestov. The latter two are introduced by the historian Marci Shore. To Witkacy, she writes, ‘Husserl was committing a fatal error: he “constantly passes over the body and gazes at the world through eyes hanging in the air.” “Husserl,” he wrote, “has no body”.’ And, quoting from a letter: ‘“Husserl, a truly inspired madman whose mistakes are worth a hundred times more than all the correct assertions of academic pseudo-prudes too squeamish for introspection in psychology.”’

Essays by contemporary Slovak philosophers František Novosád, about the complex relationship between Husserl and Heidegger, and Jaroslava Vydrová, who retrieves echoes of Husserl’s thought in twentieth-century arts. The issue is concluded by a presentation of ‘Projekt Husserl’, created by the artist Miloš Karásek.