Why both sides in Germany’s debate on antisemitism and postcolonialism need to pause and reflect; what Emil Nolde’s sunflowers say about his politics; and the thoughts of a pilgrim to Wagner’s Bayreuth. 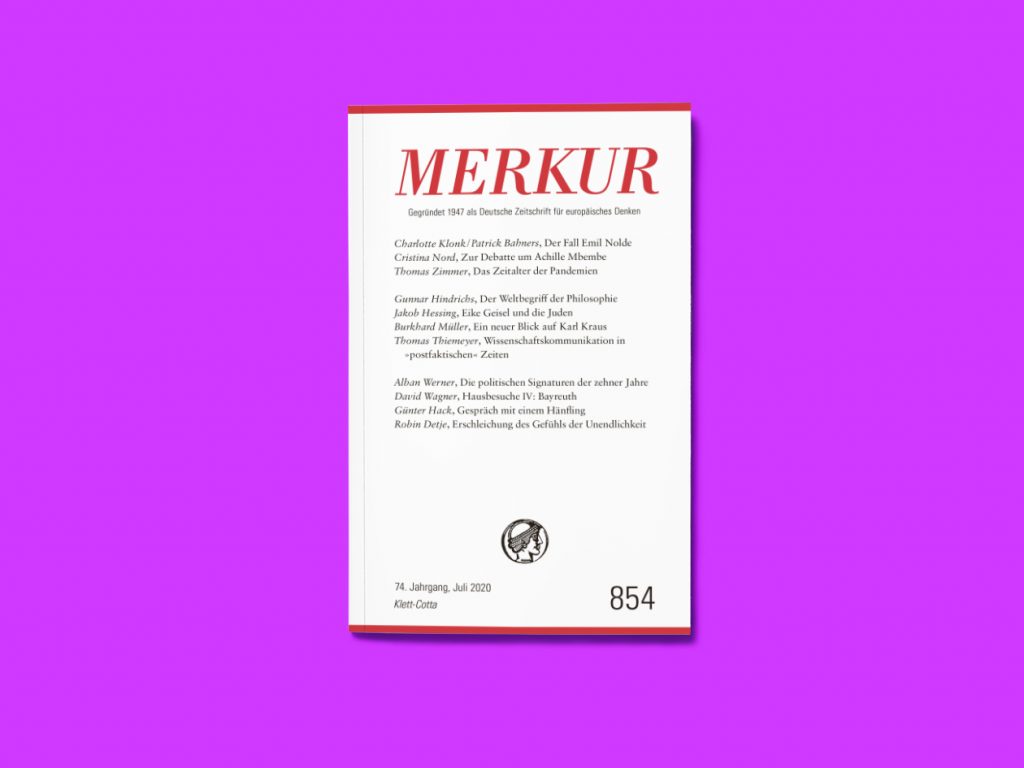 Seen by some as the most significant discussion on antisemitism in Germany since the ‘historians’ debate’ of the 1980s, the controversy surrounding Achille Mbembe has been heated. Critics – including Germany’s commissioner for antisemitism and columnists at the Frankfurter Allgemeine Zeitung – have cited Mbembe’s proximity to, if not direct support of the BDS campaign, and have accused him of relativizing the Holocaust by drawing comparisons between Nazism and Apartheid. Mbembe has rejected the assertion as racially motivated, and other leftwing intellectuals, with varying degree of nuance, have also dismissed it as unfounded.

In Merkur, Cristina Nord, head of the Berlinale Forum, admits to having been astonished by the antisemitism accusations. But on closer engagement with the arguments, she felt a conflict between two basic ethical principles: absolute solidarity with the Jewish community and the duty to resist racism. Drawing on her own experience of intercultural project work, particularly of encounters with other memorial approaches to the Holocaust, Nord argues that both sides ‘need to pause and reflect about themselves’.

‘Mbembe would come closer to his project of opposing divisions and the politics of enmity were he to extend it to Israel; were he to learn to understand the country in its complexity. The more harshly the debate around him is conducted, the less the likelihood that this will happen.’

The Emil Nolde exhibition in Berlin in 2019 has shaken the consensus that despite his antisemitism and NSDAP membership, the painter’s work was essentially unpolitical. Art historian Charlotte Klonk and FAZ editor Patrick Bahners discuss how Nolde’s paradoxical inclusion in the ‘degenerate art’ exhibition of 1938 allowed his reputation to be restored after 1945. Arguing for a fundamental reassessment of his oeuvre, Klonk and Bahners draw attention to parallels between Nolde’s famous sunflower paintings and his biblical paintings, both of which operate a ‘binary scheme of strong and weak, useful and harmful, natural and unnatural’.

David Wagner recounts his visit to the 2019 Wagner festival in Bayreuth. To the sounds of ‘Lohengrin’, ‘Tannhäuser’ and the ‘Meistersänger’, the social spectacle unfolds, as it does every year. Even as a young man, Wagner recalls, he made a pilgrimage to the festival. Just like the Wagnerian heroes in search of the Grail, he aspired to artistic success, social advancement, redemption – all of which seemed to be embodied in Bayreuth.