Alexei Navalny’s imprisonment, sanctions imposed on Russia and the tit-for-tat expelling of diplomats: Lithuanian academic Tomas Kavaliauskas’s essay in Kultūros barai comes at a time when relations between Russia and the West are particularly volatile.

The mainstream Russian narrative, which positions Putin as an active player in global politics, ‘supposedly … infuriates the new White House administration and Joe Biden, a hardened ideological enemy of Moscow, unlike … Donald Trump,’ writes Kavaliauskas. Rhetoric that meanwhile accuses Putin’s ‘opponents of mental illness is reminiscent of Soviet-era KGB methods’ where ‘prisoners often found themselves in psychiatric hospitals,’ adds the author, before recalling the conviction, ‘after all, why would a mentally sound person fight against a communist paradise on Earth?’

Kavaliauskas suggests that the Kremlin’s ideologues are all sitting on the same barrel of gunpowder: in advocating Putin’s eternal presidency, they understand just how temporary everything is; the money they receive for their work, meanwhile, strengthens their belief in the necessity of a dictatorship. There is no discussion about who is to blame for poverty in Russia, whose tanks are crushing neighbouring Ukraine or into which countries Russia will be marching next. 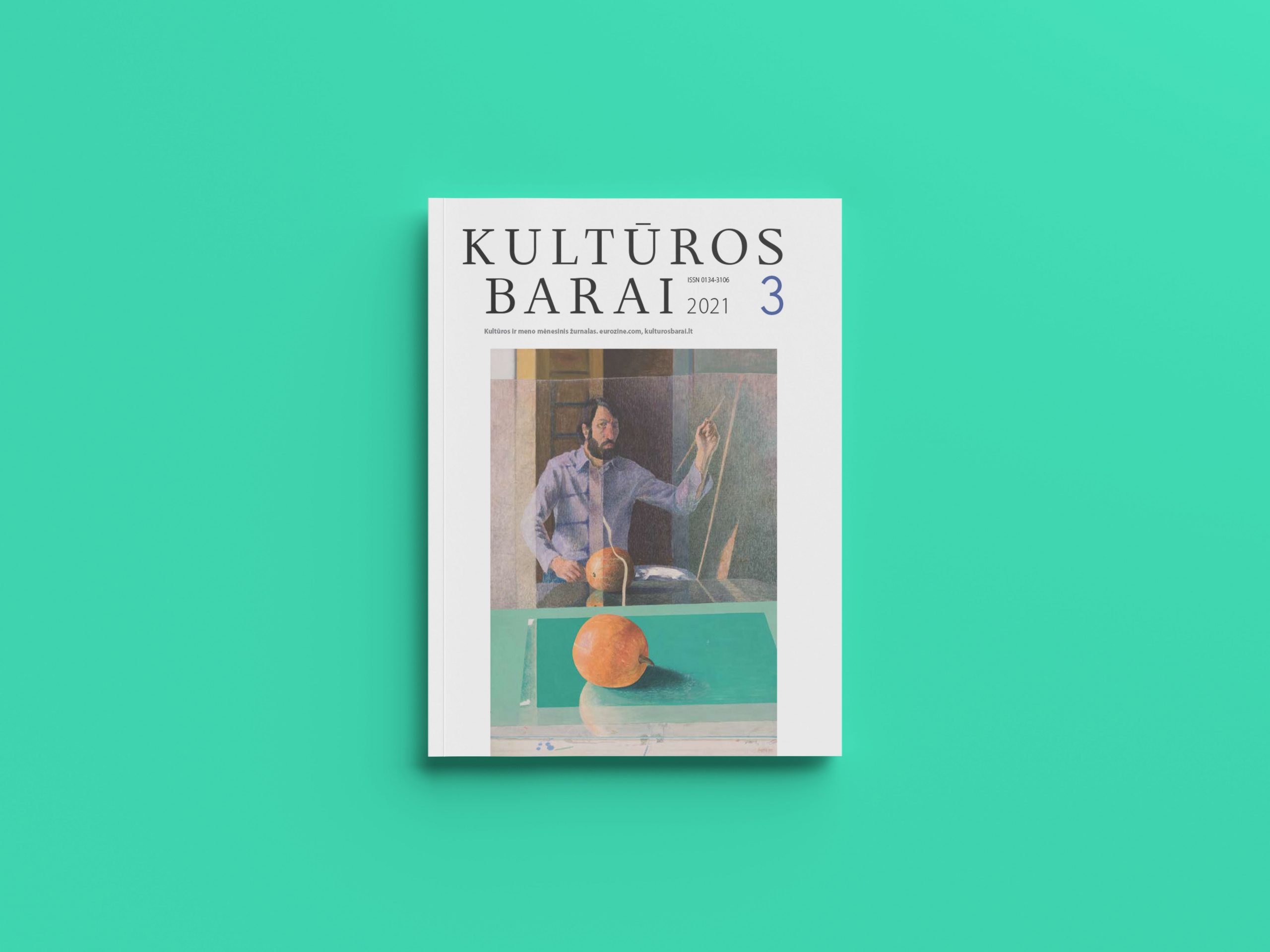 Polish music critic Jarosław Sawic quotes Lithuanian poet Tomas Venclova’s description of Lithuania’s capital, as a city-palimpsest, layered over the centuries, claiming that ‘the best’ Soviet ‘jazz came from Vilnius.’ While recognizing the controversy of this opinion given the quality of Russian and Estonian jazz at the time, Sawic places Vilnius as one of the most important points on the Soviet jazz map, exemplified by the Ganelin Trio.

Sawic relates this history to an earlier period when almost every Lithuanian town, whether large or small, had a jazz band. After the First World War, the three most outstanding band leaders in Lithuania, Moishe Hofmekler, Abraomas Stupelis and Daniel Pomerantz, were Jewish. During Lithuania’s German occupation, all three musicians were transported to Dachau, where they played in the camp orchestra. On 27 May 1945 Hofmekler conducted the orchestra at the St. Ottilien Hospital in Bavaria, during the liberation concert to American soldiers who had freed surviving prisoners.

Lithuanian American philosopher Algis Mickūnas’s story is one of childhood immigration: his family left Lithuania in 1944, due to Soviet invasion, travelling via Germany and arriving in the US in 1949, when Mickūnas was a teenager. In his subsequent thoughts on democracy, Mickūnas argues: ‘In the industrial era … power structures … most often determined the creation of laws, but to avoid that modern democratic states have based the practice of governance strictly on a legal basis. And it is precisely here that competition arises, connected with the social status of citizens, political rights, freedoms and duties.’

In a call, seemingly learned from experience, he reminds: ‘Let us not forget … that each of us has a direct influence on politics when we raise questions concerning public life. Even when we talk in the street about educational reform, pollution, health care, without the fear that someone will be tracking or demeaning us, we ourselves become politicians.’

An escalation of violence brought Brazil to the verge of democratic collapse on 8 January, as Bolsonaristas stormed the centres of power, calling for a military coup. The worst was averted, but the country faces deep social divisions and a radicalized far-right, leaving President Lula no room for error.