In L’Espill’s dossier on ‘Feminism Today and Tomorrow’, Capitolina Díaz, interprets the ‘gender gap’ as a chasm between men and women. Main indicators in international reports – education, health, political participation, economic participation – identify ‘one side higher than the other’. If society aspires to more cohesion, where ‘gaps’ are minimized, ‘probably, an equilibrium cannot be established at the highest level achieved by men but at some other point where men, women and other genders receive the same opportunities in choices and actions,’ writes Díaz. The greatest difference lies in the ‘gender care gap’, in looking after children, the elderly and domestic duties in general, where women occupy the upper, undervalued echelons.

In Díaz’s opinion, three gender gap issues – income, care work and access to free time – are closely inter-related. Even in countries such as Spain, where the salary gap has significantly reduced, women still spend more than twice as much time on domestic and caring tasks than men on average, with a consequent loss of free time to participate in other activities. ‘It is not enough,’ she writes, ‘to raise women’s salaries or fracture glass ceilings. We have to focus on root inequalities … the care gap, historically predating the wage gap, is … “the original gap”.’ Greater equality will only truly be achieved when men reduce their ‘care deficit’. 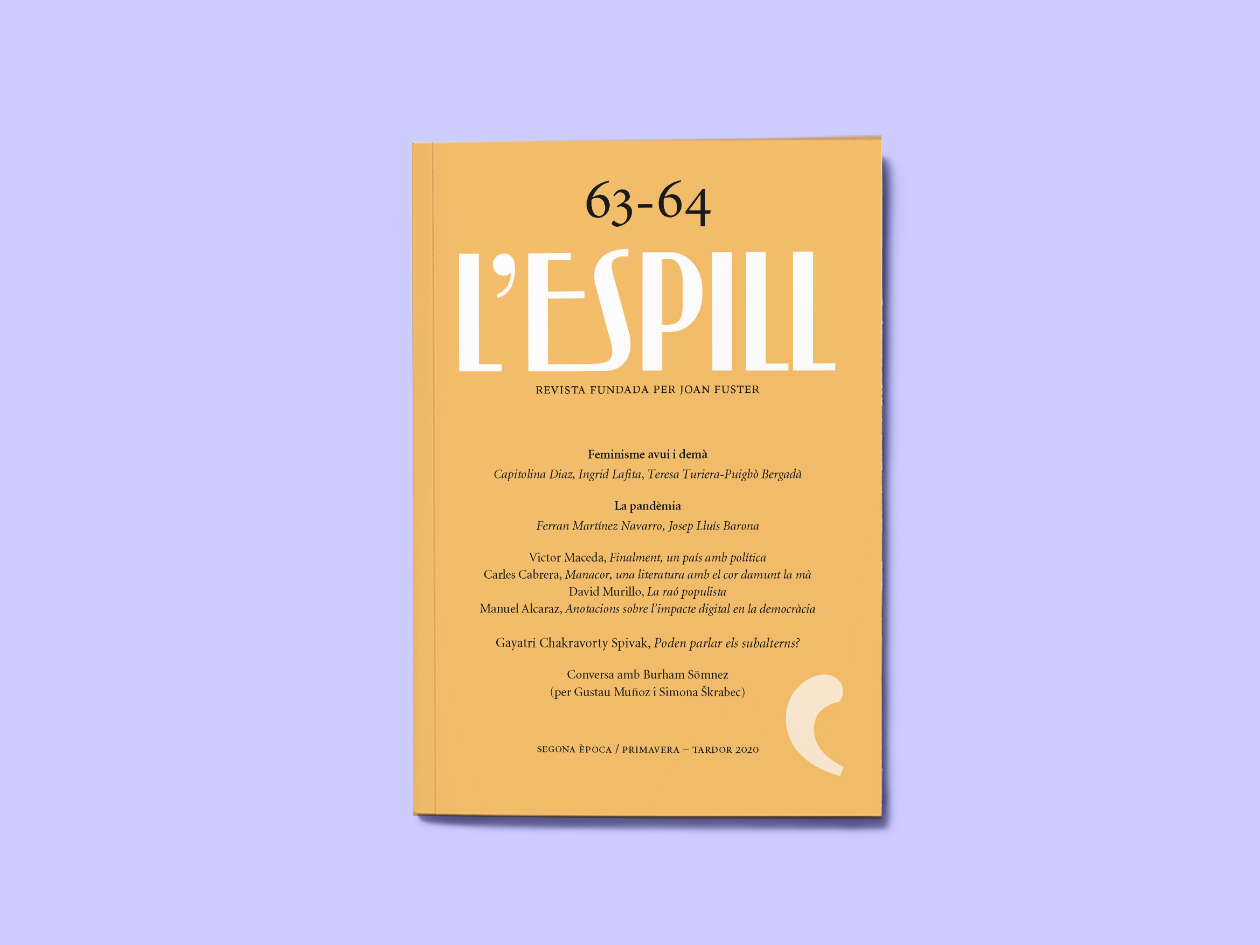 Ingrid Lafita considers the same topic in the light of COVID-19. Lockdowns and the closure of schools, workplaces, day centres and other facilities ‘have made manifest a pre-existing care crisis,’ she writes. Women, whether family members or care workers, have been the major providers of support to rocketing demands. In Spain, 98% of 600,000 paid carers are women, a great many of which are recent migrants navigating a low-wage, underground economy.

Lafita compares the pandemic’s effects on women to those of the climate emergency: the responsibility for resolving daily needs such as sourcing water in drought-stricken countries falls disproportionately on women. This reliance on free or low-paid roles, she argues, helps sustain the status quo and evades real change. It is fundamental ‘to… incorporate women into decision-making in the management of natural resources.’

Victims of war and peace

As accompaniment to a documentary film, Teresa Turiera-Puigbò Bergadà presents interviews with women who were raped and children born of rape during the 1990s wars in Bosnia-Herzegovina. Violated women can be found ‘in every district, in every village’ but are recognized nowhere. Many feel a deep need to tell their stories and be acknowledged, but find their neighbours indifferent or antagonistic, only wanting to forget. Very few have received any psychological assistance. ‘The fact that a political consensus has still not been reached in Bosnia-Herzegovina on the numbers of victims on each side,’ writes the author, ‘and still less on those of rape, has imposed a second torture on women as “victims of peace”.’

Elsewhere in the magazine, Ferran Martínez Navarro, former director of Spain’s National Centre for Epidemiology, considers the Spanish profile of COVID-19 up to mid-2020. He identifies several areas that contributed to the gravity of the country’s health crisis: infection levels in geriatric care homes, inadequately regulated and often under-funded; the failure to protect health workers from infection, worsening the burden on health services; large numbers of seasonal agricultural workers living in poor conditions; and, in cities, overcrowding in low-income housing and a leisure industry insisting on bringing large groups of people together. And, at an official level, ‘a choice of strategies that has been based ever more on political criteria and not scientific evidence.’