Italy is now more closed than Matteo Salvini ever dreamt it would be. Prevention is focused on citizens, but ‘stay at home’ orders are a mockery for asylum seekers and homeless people, whose servicing is becoming impossible. The government has had to reach out to formerly denigrated NGOs for help. Our miniseries on refugees and the coronavirus pandemic continues. 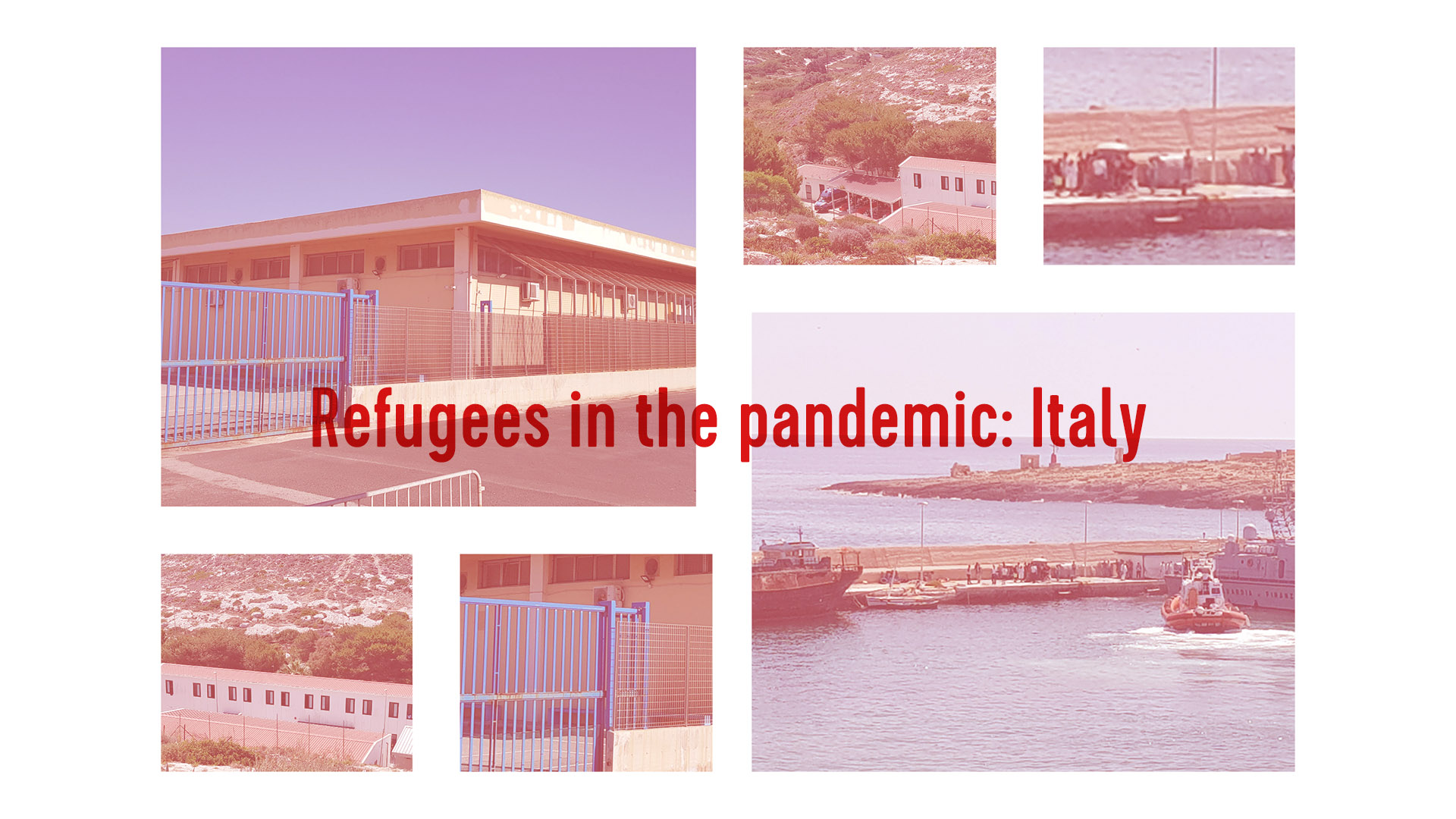 This article is the second part of our miniseries on refugees’ and asylum seekers’ situation in Europe during the COVID-19 pandemic. Read Bilgin Ayata’s introduction, Artemis Fyssa and Bilgin Ayata’s report from Greece, and Kenny Cuper’s account on the restrictions of the freedom of movement.

The first officially reported cases of COVID-19 were found in Rome at the end of January, when two Chinese tourists were admitted at ‘Lazzaro Spallanzani’ Institute for Infectious Diseases, displaying all the symptoms with which Italy soon developed a sad familiarity. The WHO immediately declared a National Public Health Emergency, and the Council of Ministries approved the declaration of the state of emergency on 31 January.

Yet, in these very first stages, the nationality of the two positive cases was the focus of public concern. It allowed the government to frame the contagion as a threat coming from the outside. This immediately affected border procedures all over Italy, and also in Sicily where most arrivals from the sea occur, from large tourist cruises as well as NGO vessels and dinghy boats with people leaving North Africa. Health procedures for migrant vessels now included a check for COVID-19 symptoms, and both asylum seekers and crew were put in quarantine, even when found negative. Airports introduced similar medical screenings in early February.

Despite Italy’s immediate focus on foreign arrivals, the first hotbeds of infection were recorded in Italy’s Northern regions as soon as 21 February, as a result of domestic transmissions. Ranked in the top five of the National Health System, the most affected regions (Lombardy, Emilia-Romagna, Veneto, Piedmont) soon began to run out of beds in their care facilities, especially the intensive and sub-intensive care departments, thus pushing the government to eventually declare the whole country a ‘protected zone’ on 9 March.

This failure is not merely the result of the virus spreading, but also the by-product of a weakened healthcare system, the consequence of 40 years of reconceiving public health not as a fundamental right but instead as a good that the state provides for free only to the poorest. In Italy this transformation started in the 1980s and amounted to a mix of decentralization, the partial outsourcing of public health to private entities, and a shift in the nature of provision — with a growing emphasis on de-hospitalization and home care. 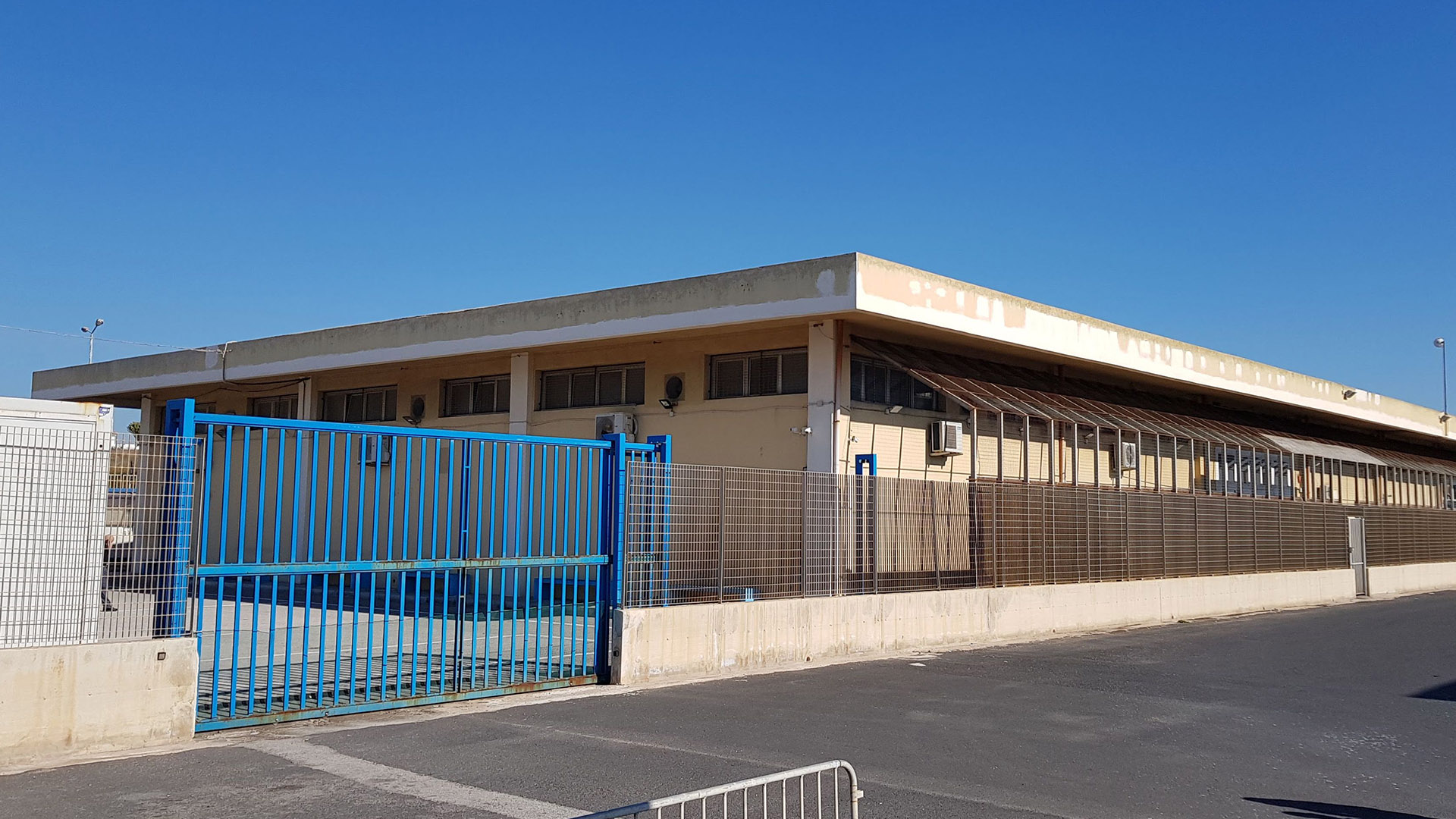 Pozzallo’s hotspot. Image via research project ‘Infrastructure Space and the Future of Migration Management: The Case of the EU Hotspots in the Mediterranean Borderscape.’

Denigrated NGOs to the rescue

Already by 4 March the councillor for welfare of Lombardy’s ‘League’ majority council had to accept the offer from national and international medical NGOs (Intersos, Emergency, Doctors Without Borders) to provide their support to the public health system. Primarily active in assisting refugees and undocumented migrants, these civil society actors had been under attack from far right and populist regional governments, as well as by the national government in recent years. Now, these voices had to implicitly admit that the NGOs – formerly accused of serving as ‘pull factors’ for irregular migration and consequently corroding the national social and economic fabric – provide a crucial service to the community, by filling the gaps in the state capacity to assist the population of both nationals and non-nationals.

According to the ASGI network (Association for Juridical Studies on Immigration) the over five million foreign citizens currently residing in Italy are among the most exposed to legal, housing, working and even existential precarity. This makes them more vulnerable to the risks of both contracting and spreading the virus, which the organizations are urging to discuss also from a public health perspective.

So far civil society actors have been supporting national authorities for assisting both Italian and foreign citizens, and it has been by no means limited to medical NGOs. Since the start of the epidemic, NGOs have been at the forefront of providing information on the characteristics of the disease and preventive measures amongst the most neglected portion of the territory’s inhabitants. Especially in the southern agricultural regions, civil society actors are taking over the crucial task of raising awareness among the exploited, often undocumented migrant labourers who live in overcrowded camps without basic infrastructure. They also provide for asylum seekers at huge and overcrowded first reception centres. No official communication addresses these people, especially since institutional messaging is designed to address Italian-speakers and citizens.

It remains very difficult to assist the 381 non-nationals held in the repatriation centres of the peninsula, waiting to be expelled from the country. The national ombudsman for detainees’ rights has recently brought to the attention of the minister of the interior that the administrative detention of migrants is pointless during the pandemic. They cannot be repatriated during border closures and without air or naval connections with the great majority of concerned countries.

Many civil society organizations are currently lobbying for the immediate release of those detained in repatriation centres. The detention conditions are critical in terms of the spread of the contagion and the difficulties of accessing cures, as it is the case for overcrowded Italian prisons, too. Not surprisingly, the latter have seen protests of both detainees and their families, as well as advocacy organizations for detainees’ rights. By 10 March these prison riots have led to the death of twelve detainees.

The sanitary crisis reveals how national authorities have adopted an exclusive grammar, which results in de facto expunging entire sections of the population, both nationals and non-nationals. Leveraging on the pressing need for all people to conjunctly fight the epidemic, Italian institutions’ public rhetoric is asking people to accept serious limitations of individual mobility and freedom as the only effective way for taking care of oneself and others. Yet, the government’s call to ‘stay home’ should sound like a mockery to asylum seekers and refugees stuck in first reception centres, as well as undocumented migrants in the country. It most definitely doesn’t apply to the estimated fifty-five thousand national and non-national homeless people.

In order to guarantee the necessary safety distance, several shelters throughout the territory had to refuse access to new clients. The organizations involved in homeless assistance have asked municipalities to provide space to quarantine homeless people. But institutional responses are slow to arrive and very inconsistent throughout the peninsula. In some cases, municipal authorities have even decided to close reception centres, thus interrupting shower services, the distribution of food and clean clothes, as well as outpatient services. In other cases – as shown by the experience of Termoli, in Molise – the alliance between the mayor and the city associative fabric civic society arranged for the temporary use of currently empty spaces, such as a closed school gymnasium, which have been exceptionally converted into dormitories. Parishes are freeing up space to accommodate those who live on the street, while lay associations are trying to arrange for new dormitories and canteens to help cope with the emergency. But the work of these organizations is curtailed by the restrictions on urban mobility which have pushed many volunteers to stay at home, keeping them from providing help.

The virus shows how everybody is exposed to contagion. Yet, the most vulnerable groups are being erased by public policies and in the mainstream discourse.

After the extraordinary suspension of orders to halt maritime transport to and from the region, Sicily’s regional government allowed for the repatriation of around 300 Italians that sailed from Maltese coasts on a commercial catamaran and landed in Pozzallo on 18 March. Meanwhile, the NGO Alarmphone, together with NGOs’ land crews, are reporting continuous departures from North African shores, with dinghy boats in distress throughout the Mediterranean left waiting for rescues up to 48 hours and eventually pushed back to Libya.

Yet, some migrant boats still arrive in Sicily, and especially in Lampedusa. As a reaction, Lampedusa’s mayor suggested further enforcing patrolling activities and re-directing landings to the mainland. Sicilian president Nello Musumeci, on the other hand, asked the government to quarantine newly arrived persons on the rescue vessels, without letting them disembark. Since clear responses from the central government are slow to arrive, newly arriving migrants have been left waiting for hours at Lampedusa’s dock, being eventually transferred to other locations in the mainland where they were quarantined.

The reported Italian victims of COVID-19 are not only victims of the virus and are not just Italian nationals. Migration is a structural and stratified phenomenon in Italy, but immigrants were soon erased from public discourse once it become clear they were not the emergency this time.

In addition to the direct victims of the understaffing and underequipped state of the healthcare system, weakened by years of austerity measures, the virus claims indirect victims, a result of inequality in accessing information and prevention.

Italy is now more ‘closed’ than Matteo Salvini ever dared to imagine, but the epidemic shed light on persistent inequalities which have never really been addressed, but instead aggravated by state authorities’ politics.

This article is the second part of our miniseries on refugees’ and asylum seekers’ situation in Europe during the COVID-19 pandemic. Read Bilgin Ayata’s introduction here, Artemis Fyssa and Bilgin Ayata’s report from Greece here, and Kenny Cuper’s account on the restrictions of the freedom of movement.

The miniseries is a co-production with the research project ‘Infrastructure Space and the Future of Migration Management: The Case of the EU Hotspots in the Mediterranean Borderscape.’

© Chiara Pagano / Research Project ‘Infrastructure Space and the Future of Migration Management: The Case of the EU Hotspots in the Mediterranean Borderscape’ / Eurozine