There are many ways to think about the housing crisis. Here’s one: in 1960 the average worker would have had to set aside three years’ wages to afford a house in London; by 2014 they would have needed twelve years. Here’s another: in Berlin, where the vast majority rent their homes, average prices have doubled over the past decade, leading the city to declare a five-year rent freeze. Over the same period, homelessness has also more than doubled in both Germany and the UK, with the rest of Europe not far behind. Everywhere you look, somebody is losing out.

Housing is part of the foundation upon which all other human social relations are built. Like sustenance and sex, society can’t be reproduced without shelter. That is why the crisis is so central. The cost of housing makes the difference between who can walk to work in minutes and who has to commute, sometimes for hours. During the corona pandemic, it determines one’s ability to reconcile the demands of Zoom with those of family members or roommates – assuming one even has the choice to stay at home.

If, during the pandemic, leaving one’s home carries with it considerable risk, staying in can be risky too – as many denizens of Parisian chambres de bonne tragically discovered during the 2003 heatwave, and as those struggling with ‘sick building syndrome’ know from daily experience. As housing becomes an attractive investment for private-equity firms catering to the ultra-wealthy, some are making a killing, while others are quite literally being killed.

In collaboration with the Austrian urbanist magazine dérive and the Estonian cultural monthly Vikerkaar, Eurozine has launched the focal point Room temperature: Housing in crisis. Contributions will look at both the winners and the losers: the people profiting from the financialization of housing; and those constructing alternatives to ‘the market’ in the form of tenants’ movements, reimagining the right to the city.

Understanding the housing crisis also requires knowledge over time. It is a crisis contained in the transformation of working-class housing from the turn of the last century into gentrified apartments for start-up entrepreneurs in the 2010s. It is contained in the twenty-five year mortgage, the standard length in most of Europe. And it is contained in the decade or so that it has taken for rents to double in major European cities.

The focal point is curated by Christoph Laimer, editor-in-chief of dérive, and Aro Velmet, editor of Vikerkaar. Brian Haman is the editor of the project. Contributions will be added on an ongoing basis: to keep track of new content, subscribe to the Eurozine Newsletter – and turn on notifications on our homepage! 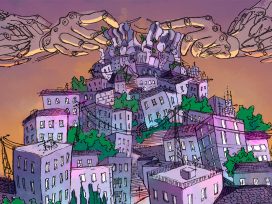 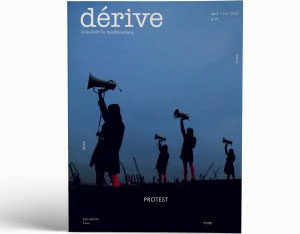 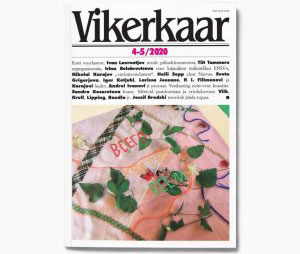 The Myth of Affordability

Rents are usually considered affordable when below around a third of a household’s income. But this rule of thumb is tailored to middle-class homes, ignoring the financial realities of low earners who struggle to cover necessities.

Housing is part of the foundation upon which all other human social relations are built. Like sustenance and sex, society can’t be reproduced without shelter. Vikerkaar editor Aro Velmet announces the new Eurozine focal point ‘Room temperature: Housing in crisis’.

Tenants are the new proletariat. Rents are among the main sources of global capital accumulation, and tenants’ vulnerability is increasing accordingly. Using their shared experiences as a basis for struggle, School of Echoes tells the story of community organizing against gentrification, taking issue with the misleading discourse of affordability and the institutionalized housing movement.

The war on rough sleeping

On the criminalization of homelessness in Hungary

The criminalization of homelessness was written into the Hungarian constitution in 2018. Punitive measures are not unique to the Orbán government. But only Hungary has outlawed ‘habitually staying in a public space’.

Who is the city for?

Europe’s housing crisis affects everyone, but is especially a concern among millennials. Unaffordable rents and property prices, as well as rapid gentrification, raise a question about the actual purpose of cities. Read a compilation of our articles on urbanism, housing, and cities.

The fight for the city

Opening up urban spaces can result in ugly and difficult sites, but inclusion is more important than beauty. A city should not be user-friendly. It should be a place where you learn how to deal with a difficult situation and with other people – that is what makes a city really open.

Big Tech: The law of power?