Chinua Achebe and Ngũgĩ wa Thiong’o are two influential post-colonial African authors, writes Casper Andersen in Baggrund, with complex, personal relationships to privilege. For them, colonialism was a repressive structure based on racial stereotyping whose aim was to maintain hierarchical structures. And yet both attended African colonial boarding schools in the 1940s and 1950s based on the British public school system.

While their experiences within the colonial education system may have enabled their writing skills, Andersen argues that this didn’t turn them into inheritors of colonialism but rather gave them the educational and social tools they needed to oppose it. Indeed, the authors insisted: ‘It was unintentional that the meeting between teachers and pupils created a “third space” with opportunities to challenge the discourse of colonialism.’ 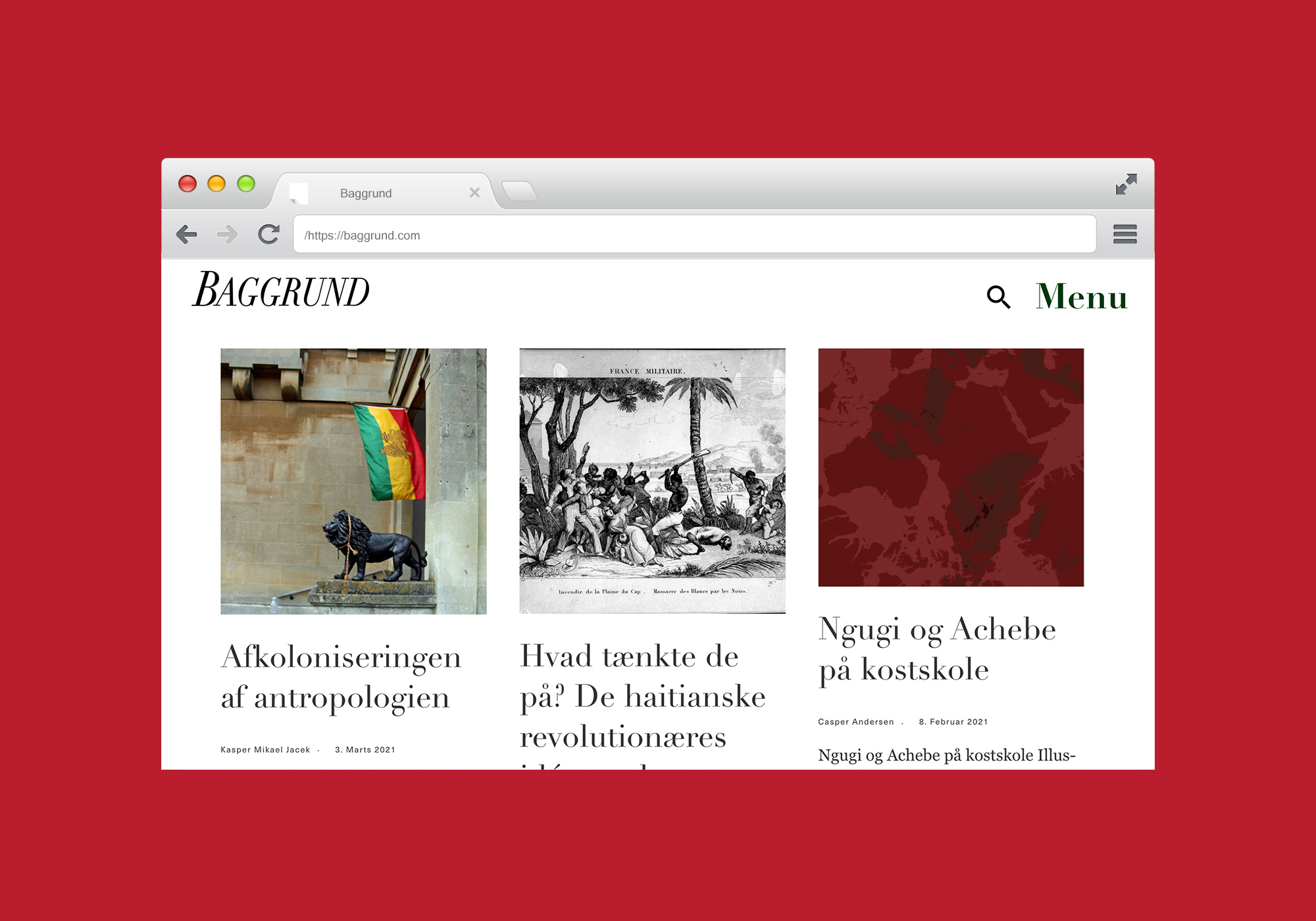 The 1791 Haitian Revolution, writes Nicolai von Eggers, led to the world’s first post-colonial state. When slaves rose up against their French overlords, Haitians became the new ruling class. However, when rebellion broke out, they were not united in their thinking. Von Eggers describes the ideas that inspired the leaders of the slave rebellion – liberty, equality and the right to self-determination, absorbed from both the French and American Revolutions – as ‘not particularly joined up’.

Kasper Mikael Jacek examines Shawn Naphtali Sobers’s practice of ‘small anthropology’. Rather than focusing on the larger meta-narratives of nations and cultures, which Sobers believes foster ideas of ‘them and us’, the British anthropologist is noted for investigating personal stories that reveal aspects of daily lives. Sobers’s approach is seen as ‘a decolonial and democratizing attempt to blur the lines between reporters and their subjects,’ as reflected in his work with Afro-Caribbean communities in the UK. Jacek emphasizes the practitioner’s film and photography projects with young people at Fairfield House, where Haile Selassie, the last Emperor of Ethiopia, happened to spend his years in exile.

Beware the magic of metrics