The ‘new normal’, a ‘return to normality’ and even the word ‘normal’ itself –the latest issue of Austrian journal Wespennest explores the many meanings behind the word and how it has been redefined. 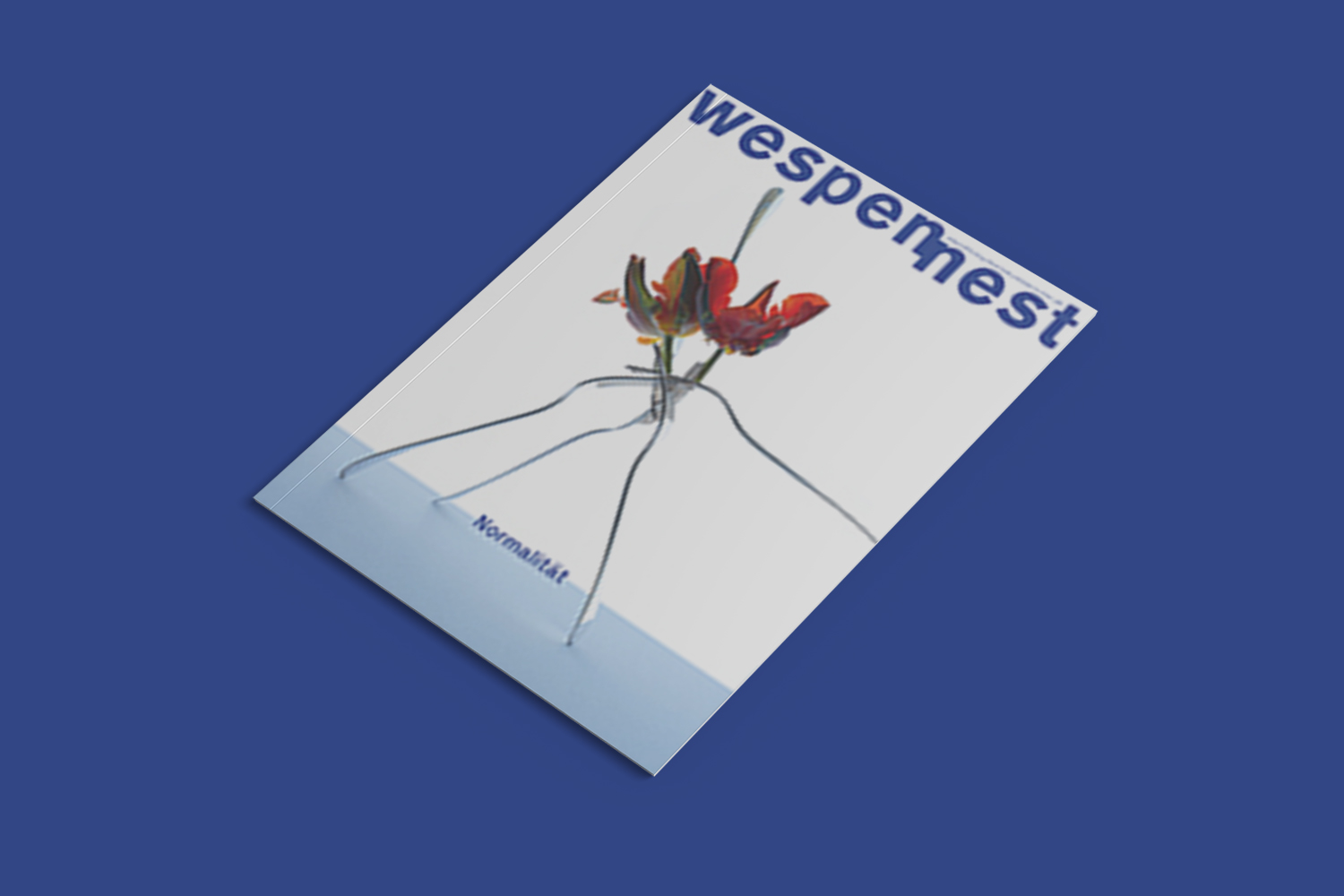 As Elizabeth Stephens points out, ‘normal’ is now a flexible and even contradictory term. Following the 2016 elections in the US, for example, calls by those on the political left for a return to normal seemed at odds with longstanding critiques of normativity. Concurrently, the process of ‘normalization’ saw previously abnormal or morally aberrant behaviour becoming increasingly acceptable. As Stephens writes, ‘Where previously the “normalisation” had been primarily used to refer to the process of making something more normal, in 2016, it was overwhelmingly used to refer to the process of making the abnormal seem widely acceptable’.

The 2019 bushfires in Australia signalled a ‘new normal’ according to Prime Minister Scott Morrison, while the pandemic has left many wanting to ‘return to normal’. Rather than returning to political, economic and ecological systems of exploitation, Stephens suggests, the normality of the past might be better exchanged for a re-imagined, albeit uncertain, future.

During the pandemic, government ministers and scientists have often visually represented normality in the form of graphs and charts. ‘Flatten the curve’ and we can all return to our normal lives – or some semblance of them– so the story goes. Within this brave new world of corona-induced normality, ‘curve landscapes’ have become an instrument of power. ‘The instances shown may be as different as hospital beds and ski slopes,’ writes Jürgen Link, ‘but the media shows us a statistical curve,’ which ‘inspires confidence because it was fabricated by scientific experts.’ Link argues that these indicators of truth are rarely questioned, suggesting a ‘new normal’ based on comforting arcs that are coupled and grouped into symbolic visualizations of our present reality.

With governments increasing public spending and borrowing to offset the impacts of the pandemic, some have envisioned a more equitable future. However, the exact nature and specifics of corona relief packages can be described as anything but transparent. Governments are dispensing public money in a hierarchical manner that further entrenches inequality rather than alleviating it.

According to Martin Schürz, the ongoing, pandemic-related tension between public aid and private profits could have more fairly reallocated wealth, but it has merely resulted in business as usual. As Schürz points out, ‘Whoever was dreaming of a revitalized welfare state … should look at data on wealth concentration. Billionaires have become more than US$1 trillion richer during the COVID crisis’ – a new normal that looks curiously familiar.