‘Sodobnost’ queries where we are going: which direction has Slovenian literature taken since the pandemic; where might it be heading; and, which path are Slovenians taking, especially those living abroad.

In Sodobnost‘s editorial, former Minister of Culture Tone Peršak criticizes the arguments, regularly used in Slovene literary circles, that relate contemporary culture’s relevance to the past: ‘Culture does not and should not have the same role as it did up until 1991,’ the year of Slovenia’s independence, he writes. Its nation-building role should be and is being surpassed more and more, notes the editor, due to the increased production of genre literature dealing with global themes such as climate fiction. In leaving nation-building behind, contemporary Slovene literature is facing up to the fact that nothing remains the same: ‘In the world in which we live, no story, character or even author of literary works can be considered in the same way they were decades ago.’ 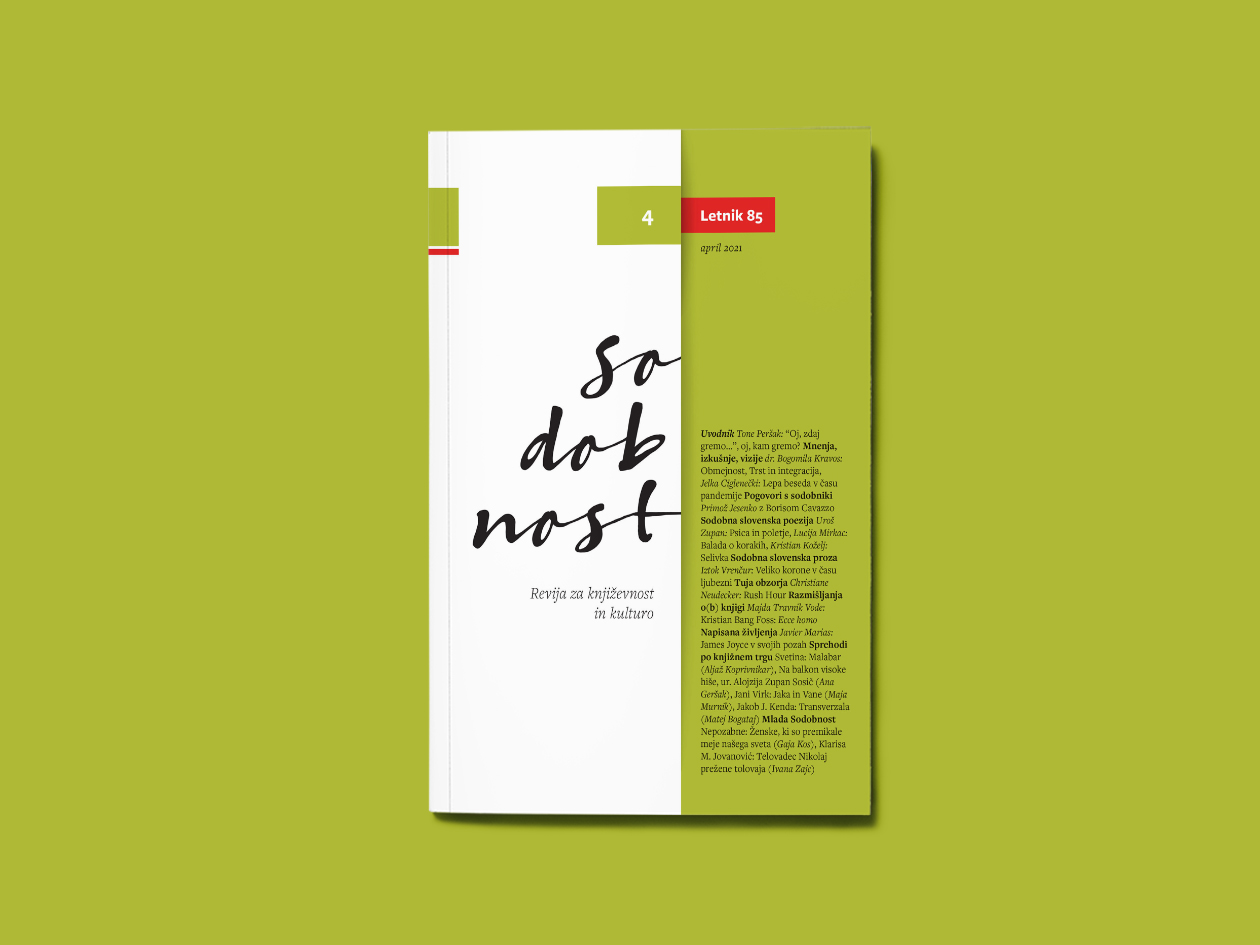 The presence of Slovenes in Trieste can be perceived in various ways. Some representatives of the city’s Italian authorities, who recognize these inhabitants as an ethnic minority, promote ‘integration’. But ‘can the idea of integration be correct if Slovenes have always been part of the city’s fabric?’ asks Bogomila Kravos. Once labelled as outside the main community, it is easier for the authorities to equate Trieste’s Slovenes with immigrants. Kravos describes the history of Slovenes in Italy, suggesting that those who laid the foundations for economic and cultural independence in the nineteenth century enabled a flourishing economy at the beginning of the twentieth century and were openly persecuted after the First World War, all of which should remind us of the undisputable presence of Slovenes in the city. For if ‘state borders move, space doesn’t’.

A touch of poetry

Jelka Ciglenečki, a Goga Publishing House editor, discusses book publishing in Slovenia during the COVID-19 pandemic. ‘Touch starvation’, where contact ‘became dangerous, discourteous, immoral’, led Slovenes to search for closeness through social networks, video calls and, last but not least, art. ‘The epidemic didn’t kill the book,’ writes Ciglenečki. Rather the pandemic has forced it and publishing to become more agile and creative both in content and form. Writers’ efforts haven’t gone unnoticed: Slovene readers have formed a compassionate community that is keeping books alive during the crisis.