‘Osteuropa’ analyses Arctic geopolitics. Why the Crimea annexation turns Raleigh’s dictum on its head: a Thucydidean analysis of historical maritime strategy. And an optimistic assessment of scenarios of cooperation and conflict in the Far North.

Osteuropa examines the changes being wrought in global shipping and geopolitics by climate change along Russia’s Arctic coast. Although the end of the Cold War saw Soviet-US naval competition ebb, new territories, shipping lanes and resources create the conditions for dangerous international collisions involving Russia, China and the US. As the world warms, the prospect of polar waters opening up to navigation and drilling is inspiring new ambitions, anxieties and rivalries among the great powers. All this calls for cool analysis of the new geopolitics of the Arctic, argue editors Manfred Sapper and Volker Weichsel. 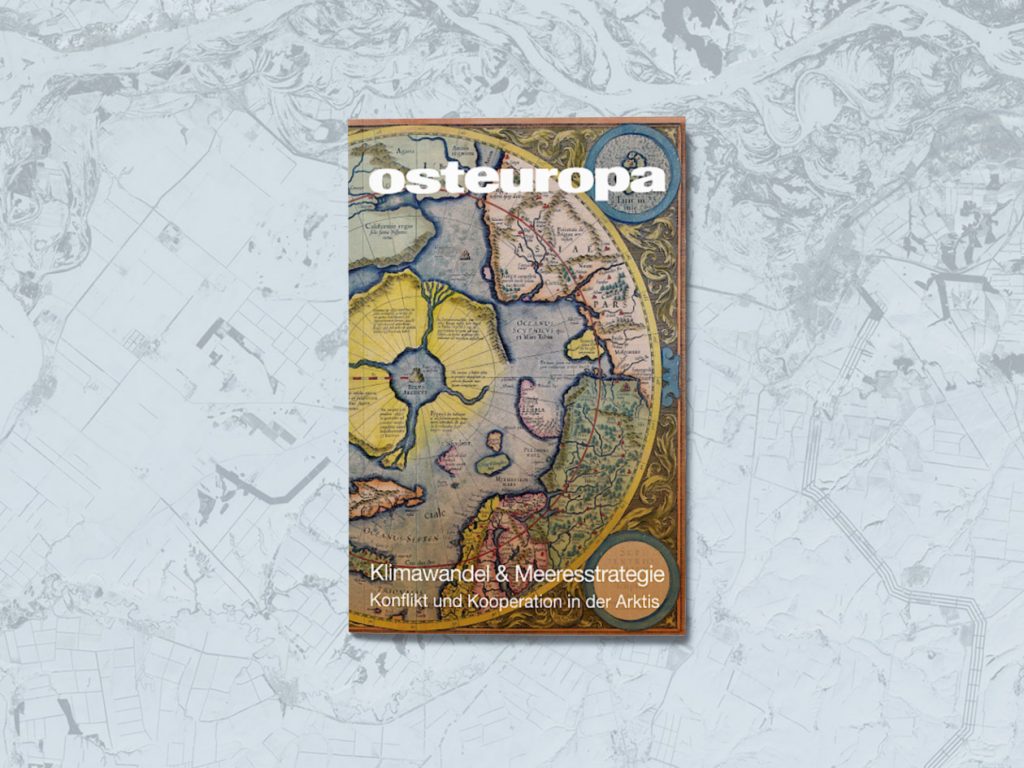 Thucydides provides Herfried Münkler with a theoretical framework for understanding maritime geopolitics. ‘The Peloponnesian War is the template for a hegemonial conflict between the open trading city and the closed barracks, between democracy and oligarchy, between sea and land.’ Beginning with a materialist exploration of how sea-power structured the politics of Athens and influenced the fortunes of the Swedes in the Thirty Years’ War, Münkler goes on to trace how the British Empire and its American successor built oceanic strategies informed by Walter Raleigh’s view that ‘whosoever commands the sea commands the trade; whosoever commands the trade of the world commands the riches of the world, and consequently the world itself.’

But if ‘the key to oceanic empire-building lay in the transformation of the sea from a border to an intermediate space connecting continents’, wars have seen the sea repeatedly turned back into a barrier. Maritime blockades – of Napoleonic France or Imperial Germany by Britain, or of Russia and China by America and its Cold War allies – provide a lens through which to view Russia’s annexation of Crimea or China’s ‘Belt and Road’ initiatives.

Christoph Humrich assesses the debate over whether the Arctic will become a site of co-operation or conflict. ‘Thus far, developments in the Arctic have more closely followed the co-operative scenario’, he concludes. Multilateral institutions like the Arctic Council have risen to the new challenges; mineral exploration has yielded only modest results; and, although shipping has increased, it has done so from a low level.

But some observers see three harbingers of conflict: deteriorating relations between Russia and the West following the annexation of Crimea; China’s increased assertiveness in the Arctic; and America’s U-turn on Arctic policy in 2019, which brought the Arctic Council to ‘a shocked halt’. Humrich analyses possible institutional and policy solutions but cautions that the underlying issues – climate change and great-power rivalry – ‘can only be overcome with massive diplomatic efforts’.