Applause as a form of social distancing

Although celebrated as a gesture of solidarity, the act of applauding essential workers is really a form of social distancing from them. It is the fate of heroes that their bodies are being used to climb to the heights of national glory.

All over the world people have made it to their balconies or doorsteps to overcome the restrictions of their newfound quarantine. What started in Italy first with spontaneous singing, has now found its dominant expression as formalized applause for healthcare personnel in many countries. This has been hailed as a ‘beautiful gesture’ to pay tribute to their efforts on the ground. Despite the welcome, I will argue that the emergence of this regular exercise is best understood as a form of social distancing. 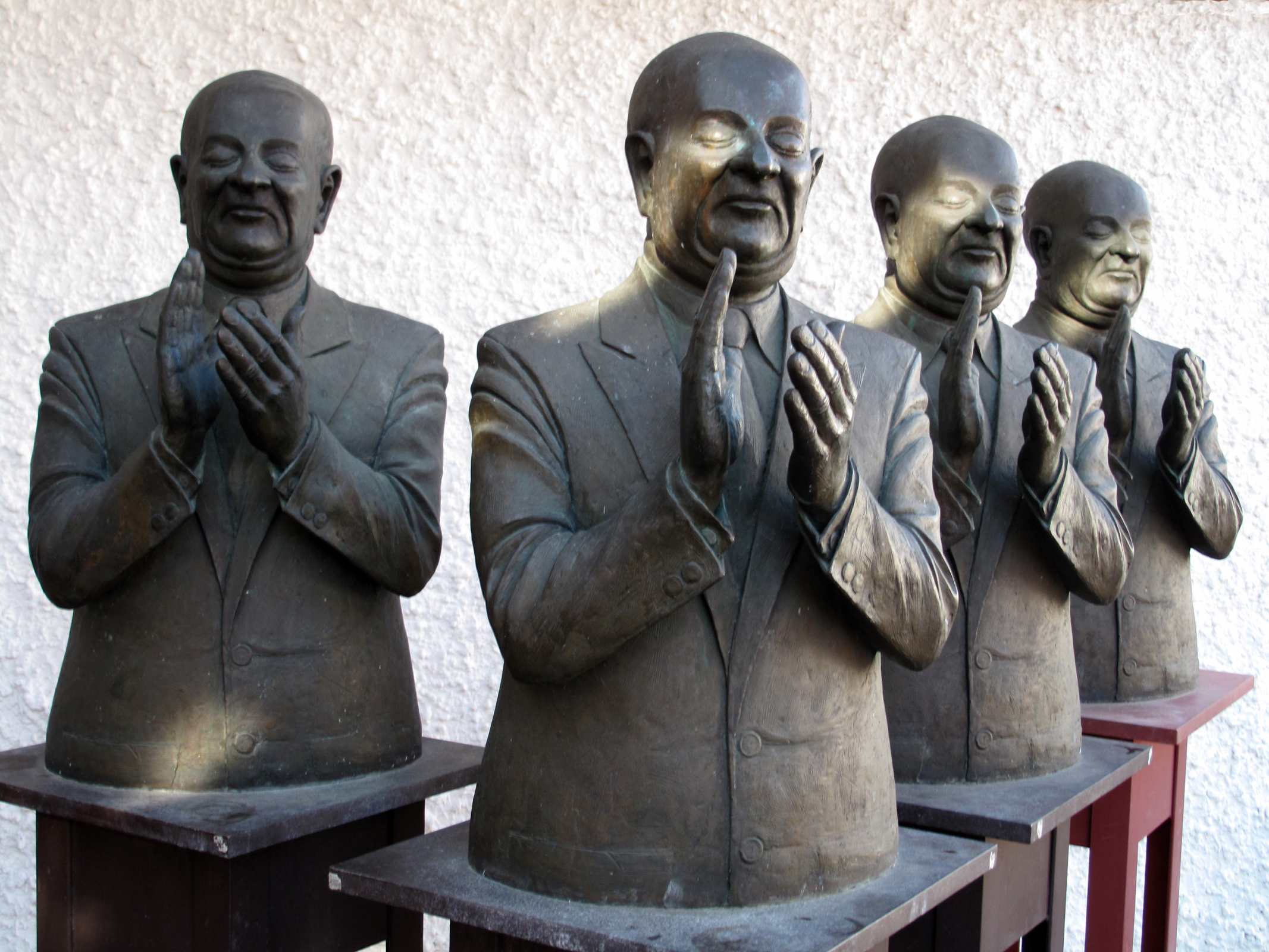 Seeing pictures of people clapping their hands from their balconies evokes images of theatre audiences approving of the actors ́ performances from their loges. Indeed, the applause has its home in theatre, going back to antiquity and has been highly standardized in the European classical period to most commonly mark the end of a performance. We see similar applause to honour achievements in the world of sports. Here we already have a key: applause is rooted in the extraordinary, in fiction, the performed, the world of play. Just as we applaud our actors, sports stars, speakers and performing artists, we honour our health workers – with a significant difference, however.

In his seminal Homo ludens, examining the nature of playing and games, Johan Huizinga points out, that ‘first and foremost … all play is a voluntary activity.’ While there are some volunteers in the public health system, they are in minority, and it would be difficult to argue that health workers are generally voluntarily doing their job in a dangerous environment. Quite the opposite has been unfolding. In numerous countries, health workers were the first to be banned from international travel. As essential workers they have had to postpone holidays, work extra-hours and have even been pressured to work when sick, or be afraid of not getting sick leaves. Rather then, are we applauding the gladiator entering the arena to fight the lion?

War has often been used as a model for the measures against the pandemic. Indeed, this strikes me as a much better analogy. Just as we would clap our soldiers into war, risking their lives, we do it now with our health care workers. The applause is a sort of recognition of their sacrifice on our behalf. But soldiers do not fight wars voluntarily either. Consider the fact that until recently most countries have had general conscription and today’s professional armies focus their draft activities on low-income and often immigrant neighbourhoods (offering economic security and fast-track naturalisations). Likewise, the high percentage of immigrant workers in the care sector and other essential work is apparent.

So, rather than marking an extraordinary achievement or quality as in the world of entertainment, we applaud the fact that they are representing us in life-threatening circumstances. It is not, in our minds, that some unique skill would merit this distinction. After all, no remedy to the virus has yet been found. Note, for example, that nurses have been graduated early to fight the pandemic. In principle, almost anyone could have been conscripted to provide such a service, as indeed has been the case in the army. Just as Mike Bloomberg considers that he could teach anybody to be a farmer, the applause is ultimately directed toward us being spared from having to do this.

In an interview with the German newspaper FAZ early this year, musicologist Jutta Toelle from the Max Planck Institute for empirical aesthetics, who has examined the phenomenon of applause, makes this crucial point:

‘Applause separates between active and passive members of a society, those that perform and those that watch. In cultures, where participation is a central element, where, as it were, everybody is on the stage, applause plays a minor role.’

In other words, applause marks a social distinction. As we struggle with the realization of our apparent uselessness for society in our confinement, the institutionalized separation of active and passive members enacted in the applause suddenly provides us with meaning. By taking on the role of the audience, we have found a place that accounts for and naturalizes our passivity.

Even more, we can actively take the stage again as the spectator who has been contributing their share in the division of labour and approves of the efforts. It thus makes perfect sense that the focus of media reports on the initiative has been foregrounded on those applauding, particularly the organizers of the events, prime ministers, and prominent figures such as David Beckham being ‘proud of you guys’. (In India, a shortcut has been making the rounds by doing without the carers altogether: the vibrations of the clapping they believe may in themselves kill the virus.)

Those in the immediate surroundings of their heroes have found it harder to assert such a distinction. Family members of returning soldiers, sometimes crippled by the war, often suffering from post-traumatic stress or other disorders, find it difficult to applaud. At the same time as the accolades of clapping are being exhibited, health workers in many countries around the world have been blocked from returning to their apartments in their neighbourhoods, prevented from boarding buses and assaulted on the streets for fear of infection, while many others worry for their loved ones being at risk at work.

Despite the extreme circumstances of their work during this pandemic, its nature has mainly changed in degree, not essence. To draw a parallel to applauding them with the nowadays almost ubiquitous habit of thanking, David Graeber observed in his bestselling book on debt that ‘to thank someone suggests that he or she might not have acted that way’, which is why, in some communities people actually find it insulting as it implies the possibility of not meeting the expectations of their jobs. In a context of near certainty such a presumption becomes absurd. Consider that until not long ago it was customary in some countries to applaud pilots after each successful landing. Airplane pilots were elected for this distinction, not because we could ascertain that it required some extraordinary skills, but because we could not quite believe in the magic of our invention and were proud each time it actually worked out (this habit has now largely faded away as the laws of physics have proven reliable). Given the involuntary context of their work, it is not that health workers would have much of an alternative, as we have seen, but we are amazed that they really go on doing the inhuman things they are asked to as if by sleight of an invisible hand. The system works!

What is more, if we pay tribute by applauding, this comes with a value attached. Not without reason, Barbara Streisand once observed: ‘What does it mean when people applaud? … Should I give ’em money? Say thank you? Lift my dress?’

Applause is not the only a symbolic means of giving credit to someone: military decorations and other titles of honour fullfil that function too, and they typically do not involve any material benefits. Just as we cover our war veterans in military ‘favours’, so we favour our health workers with an applauding incentive. That this is a very abstract form of compensation, is illustrated when every now and then the many cases of these decorated veterans struggling in their post-service lives come to the fore. The mere need for NGOs to collect donations on Remembrance Day to support veterans financially, proves this point too.

It becomes clear the applause is not concerned with the actual human beings but has to do with how well they perform their role or the fact that they carry it out at all. An actor breaking with the rules of play by instead expressing their personal feelings and thoughts is an unlikely addressee of ovations. When soldiers speak of their personal struggles or even criticize wars, they violate the code of conduct and it takes little for them to be maligned. In recent history, the case of Bowe Bergdahl comes to mind, with his realization that ‘the US army is the biggest joke’ and that he is ‘ashamed to even be American’, which led to him ending up subsequently accused of all sorts of things, despite formally being entitled to a number of military decorations. Health-workers, too, have been facing threats and warned not to speak out about their inadequate and life-threatening working conditions during the pandemic. The show must go on.

Nowhere has the ultimate meaning of applauding care workers been summarized more succinctly than in the words of the British Queen. During her speech on the coronavirus she said:

‘The pride in who we are is not a part of our past, it defines our present and our future. The moments when the United Kingdom has come together to applaud its care and essential workers will be remembered as an expression of our national spirit.’

This bears repeating: it will be remembered as an expression of our national spirit. Once the curtain has fallen, the essential workers are out of the picture altogether. The applause is not about them, it is about us after all. It is in this sense no different than the patriotic songs from the balconies that preceded it.

Far from being a gesture of solidarity with the workers, as has been suggested, the act of applauding is in reality a form of social distancing from them. Whereas solidarity is a recognition of human communality, applause distinguishes the inhuman. In the applause we unite with the other passive members of society as spectators to an active audience, but we divide from the essential workers to different ends of the equation and thereby aim to naturalize our inequality. By clapping our workers into sacrifice, we can realize the pride in who we are again. It is the fate of heroes that they pay for their deeds with their lives and that their bodies are being used to climb to the heights of national glory.

Published 9 May 2020
Original in English
First published by openDemocracy

Learning to live with the madness

Almost two years after the onset of the pandemic, young people in Europe are reflecting on the impact it has had on their lives and questioning what it will mean for their future prospects.