Along with Maya Angelou and Angela Davis, James Baldwin has become one of the most quoted authors of the Black Lives Matter movement.

A special issue of Ord&Bild poses a simple question, which turns out to have a complex answer: what is Baldwin’s significance today? 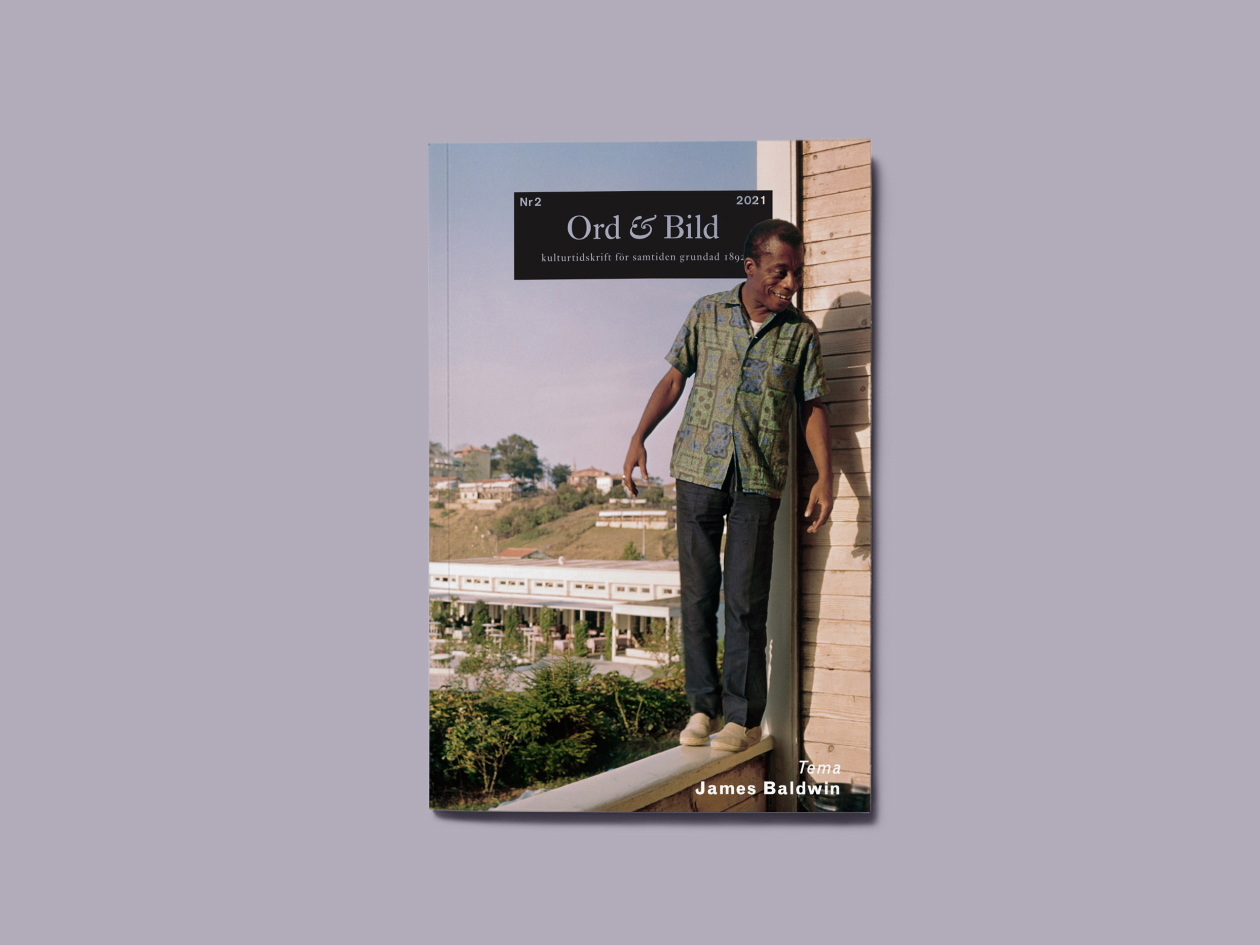 Baldwin’s insistence that ‘the sexual question and the racial question have always been entwined’ has never seemed more relevant, argues Cora Kaplan in conversation with fellow Baldwin scholars Justin A. Joyce and Douglas Field. ‘His public “witness” and even idealization of same-sex love in his writing emboldened others. What was so troubling and problematic about this aspect of Baldwin’s work for some of the male Civil Rights and black power activists of his own also “disturbs” – albeit differently – his readers and admirers today’.

One of the most frequent Baldwin quotes is: ‘To be black in America is to be in a constant state of rage.’ But Baldwin’s complex views on love tend to be forgotten, comments Field. For example, there is rarely any mention of Baldwin’s extortion in the 1960s that African Americans should accept people, ‘and accept them with love’, or that ‘no one in the world … knows Americans better or … loves them more than the American Negro.’ And while much is made of Baldwin’s inner-city upbringing, ‘no one tweets about how Henry James helped him, in his words, to “break out of the ghetto”, or about his unfashionable emphasis on morality, which courses through his work.’

New angles on an icon

The FBI’s 1,884-page dossier on Baldwin tells us more about the FBI than Baldwin, writes Field in another article. The interest in his sexual activity reveals not only that he was investigated beyond his political life but also that the FBI attempted to use his sexuality to discredit him within the civil rights-movement.

The issue revolves around Baldwin’s essay ‘Stranger in the Village’, published in a revised Swedish translation. In it Baldwin takes his experiences as the only black person in a Swiss village as a metaphor for the history of race relations. Cheryl A. Wall analyses the art of writing and what it means to be a stranger at home, while Majsa Allelin reflects on racism, wonder and gimmick as strategy.

The oft-expressed sense of a personal bond with Baldwin is deepened in Samuel Girma’s essay, in which he visits an abandoned home, while Nathan Hamelberg looks for a ‘Swedish Baldwin’. And Ord&Bild editor Jonatan Habib Engqvist examines a rare Turkish book via trilingual translations with correspondence between Baldwin and his friend, the actor Enginn Cezzar.

The issue also features photo portraits of Baldwin by Turkish photographer and filmmaker Sedat Pakay and Marlene Dumas’s watercolour from The Series of Great Men, 2014. Finally, the critique section reviews several of Baldwin’s books and collections. It is, after all, a renaissance.

In true Stalinist manner, Russian culture is being weaponized in the war against Ukraine. But instead of cancelling Russian writers, should we read them with a critical eye – just like other European classics?