‘I’ve come to the conclusion that much can be learned about music by devoting oneself to the mushroom,’ wrote the composer John Cage. Mushrooms require our full presence: going mushroom hunting demands a sharpening of the senses – to pick and eat the wrong one can be deadly.

And ideas, for Cage, are to be found in the same way that one finds wild mushrooms in the forest: ‘they come to you as things hidden’. 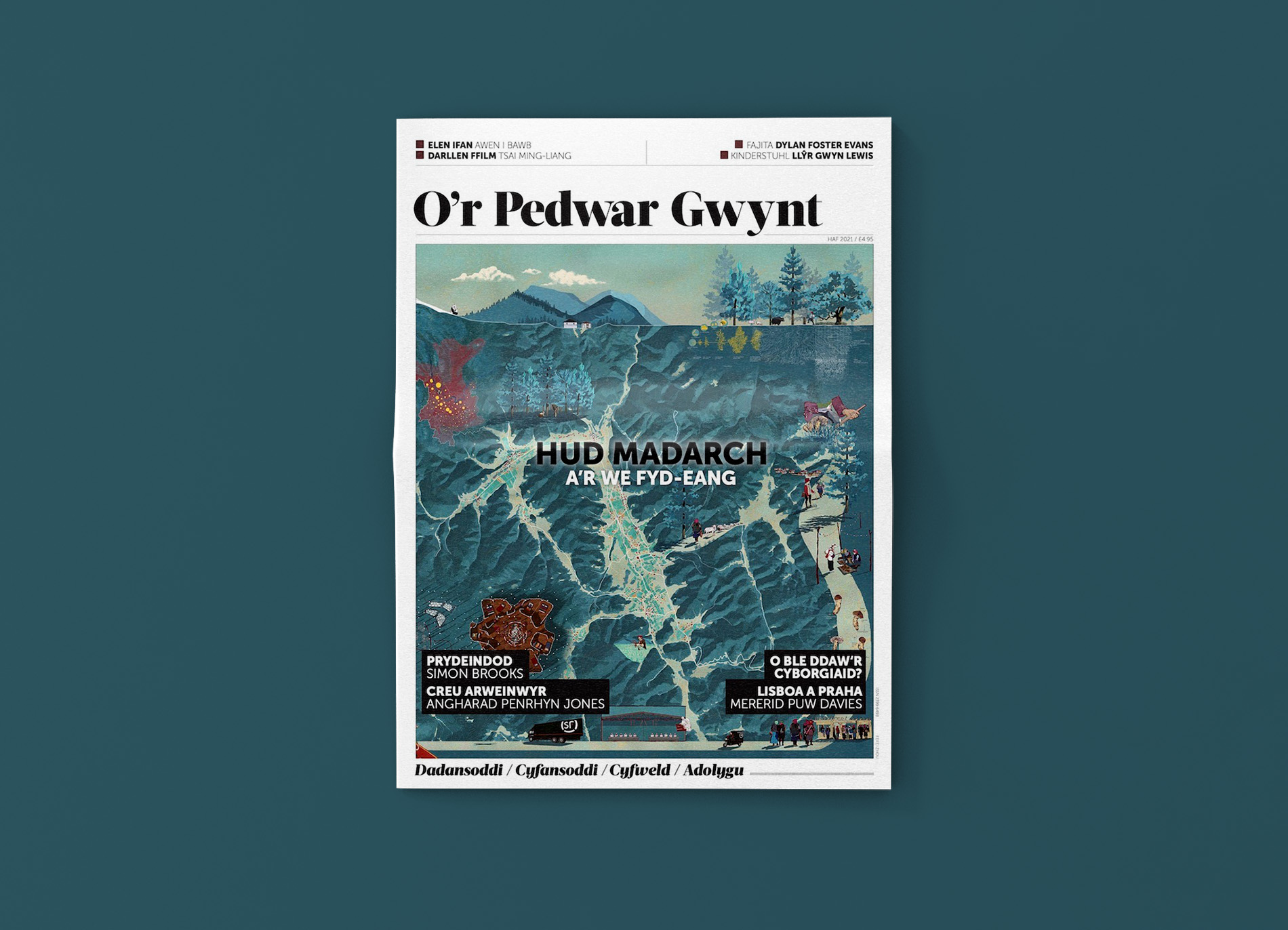 In O’r Pedwar Gwynt, Marc Edwards follows Cage on his mycological foray and finds himself turning back to the poetry of Waldo Williams. How might Williams’s poetic sensibility to the ‘fellowship of man’ connect with fungi, ‘chance music’ and indeterminacy?

Edwards learns from Merlin Sheldrake’s Entangled Life how fungi call into question our categories and our thinking: it is thanks to fungi that one thing can become another. As Sheldrake writes: ‘Composers make, decomposers unmake; and unless decomposers unmake, composers have nothing to make with.’

In fact, designers and architects are busy imagining utopian cities based on fungi. Might mycelium replace bricks and plastic? Edwards takes us to the Berggruen Institute in Los Angeles, where a project called ‘Transformation of the Human’ attempts to precisely that. But to what extent are utopian visions compatible with the chance operations of mushrooms?

Simon Brooks argues that Welsh-language thought is being displaced by Anglophone thought, even in discussions through the medium of Welsh. How has the ideology of Welsh nationalism contributed to such a displacement? Brooks blames the growth in civic nationalism and two of its central pillars: identity politics, drawn from Anglophone American society, and concepts of independence, drawing on the Scottish experience, ‘where the complexity of the relationship of linguistic minorities to civic identity is overlooked’.

According to Brooks, identity is not a suitable concept for discussing a language group. Civic nationalism is incapable of acknowledging linguistic community because it is unwilling to define it. ‘The historic emphasis of Welsh thought on cultural sovereignty was more constructive, as opposed to civic nationalism’s focus on securing a separate piece of land. Cultural sovereignty in the Welsh tradition meant the continuity of a Welsh-speaking community. To secure this continuity there is no need for independence.’

Catrin Ashton interviews Silvia Federici about her role in the Wages for Housework campaign in the early ’70s and her lifelong contribution to making unpaid domestic work visible. ‘The housewife is iconic because she is a symbol of the unpaid worker. She is also the worker who is not acknowledged as a worker, who is perceived to be marginal,’ says Federici.

World sporting events intrinsically emphasize national allegiance. When real-life rivalries mix with on-pitch competition, football, the ‘beautiful game’, can quickly turn ugly. With various leaders investing heavily to rank up populist points for political gain, who might be the ultimate winners behind any fanaticism once the postponed championships kick off?

The poetic writings of Inger Christensen, Kirsten Thorup, Vita Andersen and Sonja Åkesson shed light on the sensibilities of homemakers and carers in invisible reproductive workplaces, demanding the social and political acknowledgement of their labour merits.