‘Where do we live?’ In ‘Esprit’, texts on the end of France’s post-war social housing model, the diversification of home ownership, and learning from informal settlements. Also: what happened to Macron’s liberal revolution?

When Macron was elected president in 2017, he announced his ‘revolution’. The economy would be freed from bureaucratic burdens and a night-watchman state would guarantee civil liberties. It looked as though France was going to renew its long-neglected commitment to liberalism. But four years later, the promises have not been kept. What happened?

In Esprit, Michaël Fœssel argues that, in part, the government’s policies have been derailed by events: the gilets jaunes were met with repressive police actions; the pandemic brought curtailments of civil liberties; and the threat of terrorist attacks and the law against Islamic ‘separatism’ have provoked an increasingly hostile and polarised atmosphere of debate. Underlying all this, however, is the inadequacy of the Constitution of the 5th Republic itself, which exalted presidentialism and diminished Parliament. Citizens ‘must be allowed to rewrite the rules’, writes Fœssel. 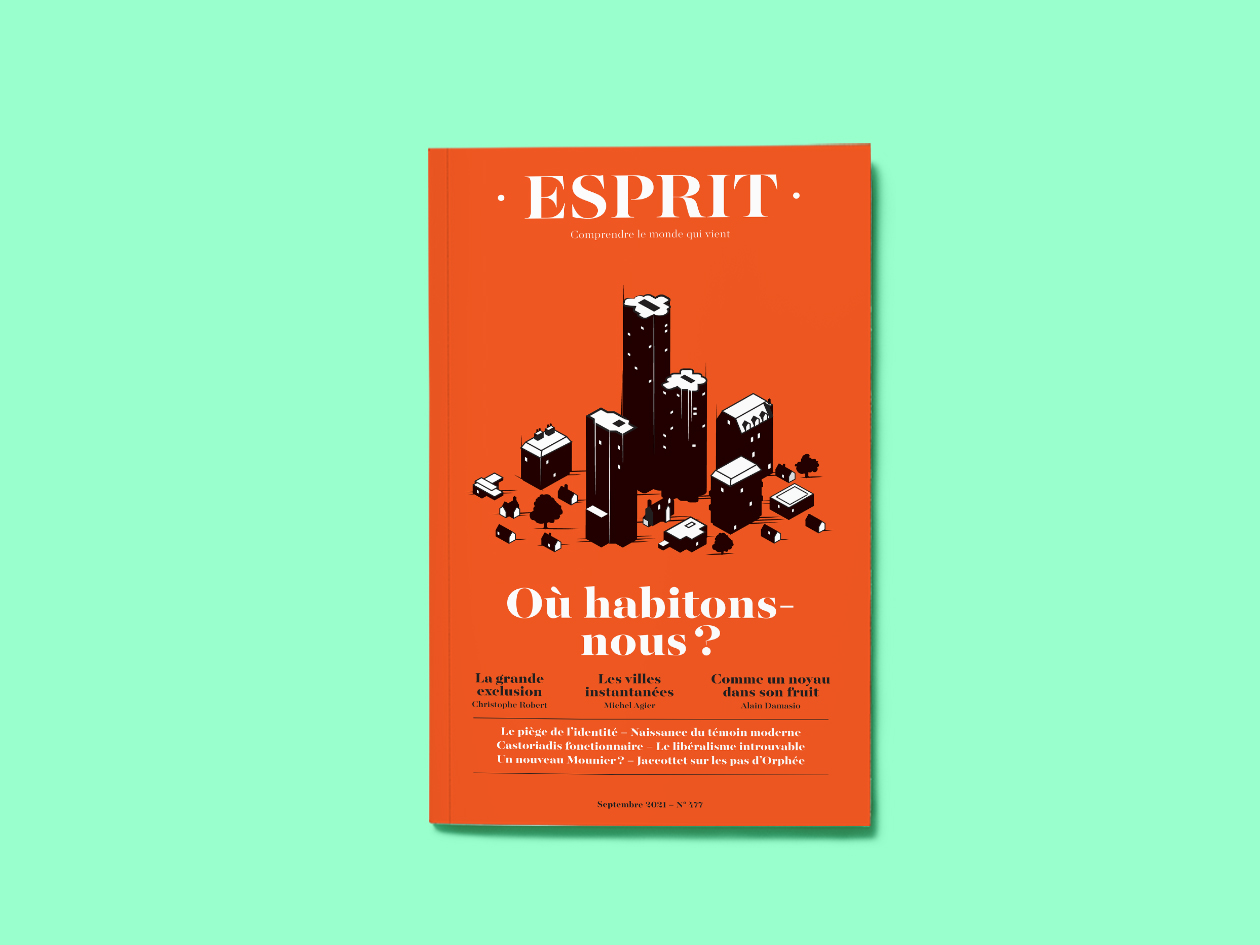 The liquidation of social housing

Julien Leplaideur and William Le Goff reveal the underlying logic of France’s social housing reforms of the last two decades. The social-housing model established in the 1950s had proven robust, with fixed rents, centralized administration, long-term loans guaranteed by local authorities, and a measure of stability provided by the reservation of rental rights by housing providers. Now, however, social housing has become more unstable and individualized. The state is being replaced by a multiplicity of market actors, while the liquidation of assets, fluctuating rents and the flow-based management of reserved rights are examples of the shift towards a ‘liquid present’.

The diversification of home ownership

‘Home ownership rates have been increasing in most of the world for several decades.’ But, as Vincent Le Rouzie shows, behind this trend there is a wide variety of forms of property that belie the idea of ‘convergence towards a single social model based on home ownership’. The notion of property as a ‘bundle of rights’ is more able to account for the complexity and diversity of ownership around the world than the ‘dominant French conception of property as a unitary and absolute right’.

In some former communist countries, for example, forms of private property without the right to sell, rent or give away served to limit the transformation of housing into a commodity. In others, homeowners were granted certain rights on a temporary basis while the state retained the power to expropriate private property for public use.

Experimentation with new forms of ownership can help meet the growing challenge of affordable housing. France has recently established the organisme de foncier solidaire scheme, whereby low-income households lease homes on land owned by a non-profit organization. With the cost of land out of the equation, the price becomes significantly lower. The system is designed to be self-perpetuating: the lease can be resold only under specific terms, with a limited profit for the seller, and the leasehold renews with every sale, ensuring future buyers can continue to benefit from the scheme. Worldwide, this kind of deconstruction of the ‘paradigm of possessive individuality’ and the ‘figure of the sovereign proprietor’ is part of a general trend towards the ‘rebirth of the commons’.

If ‘founding a place is the most elementary human gesture’, what can we learn from the informal settlements that have been springing up around the world for decades? Drawing on his anthropological study of settlements from favelas to migrant camps, Michel Agier suggests that the time is ripe to ‘radically invert the technical and authoritarian approach’ that characterized twentieth-century city planning. For alternatives, he argues, we must look to informal settlements, which ‘have great experimental and heuristic value if we approach them with a scientific gaze’.

They bear witness to how ‘the relationship in and with place’ comes into being organically: to how a town can be created out nothing, not just as a spatial and material reality but as a state of mind or a form of collective life that holds meaning for its inhabitants. ‘The urban ecology and anthropology of the future world still need to be invented’, and these ‘instant cities’ at the edge of modernity are already ‘experimenting with and anticipating unprecedented forms of habitat’.