Understanding values in uncertain times: ‘New Eastern Europe’ on what has happened to Ukraine’s pro-western alliance; how female soft-power has moved centre-stage in Belarus; and why most Hungarians still support a neoliberal xenophobe.

As polarization and insecurity increase in eastern European countries, ‘there is a critical need to reflect on the things that bind us and those that divide us; and this can be done by taking an inward look at our values’, write the editors of New Eastern Europe. 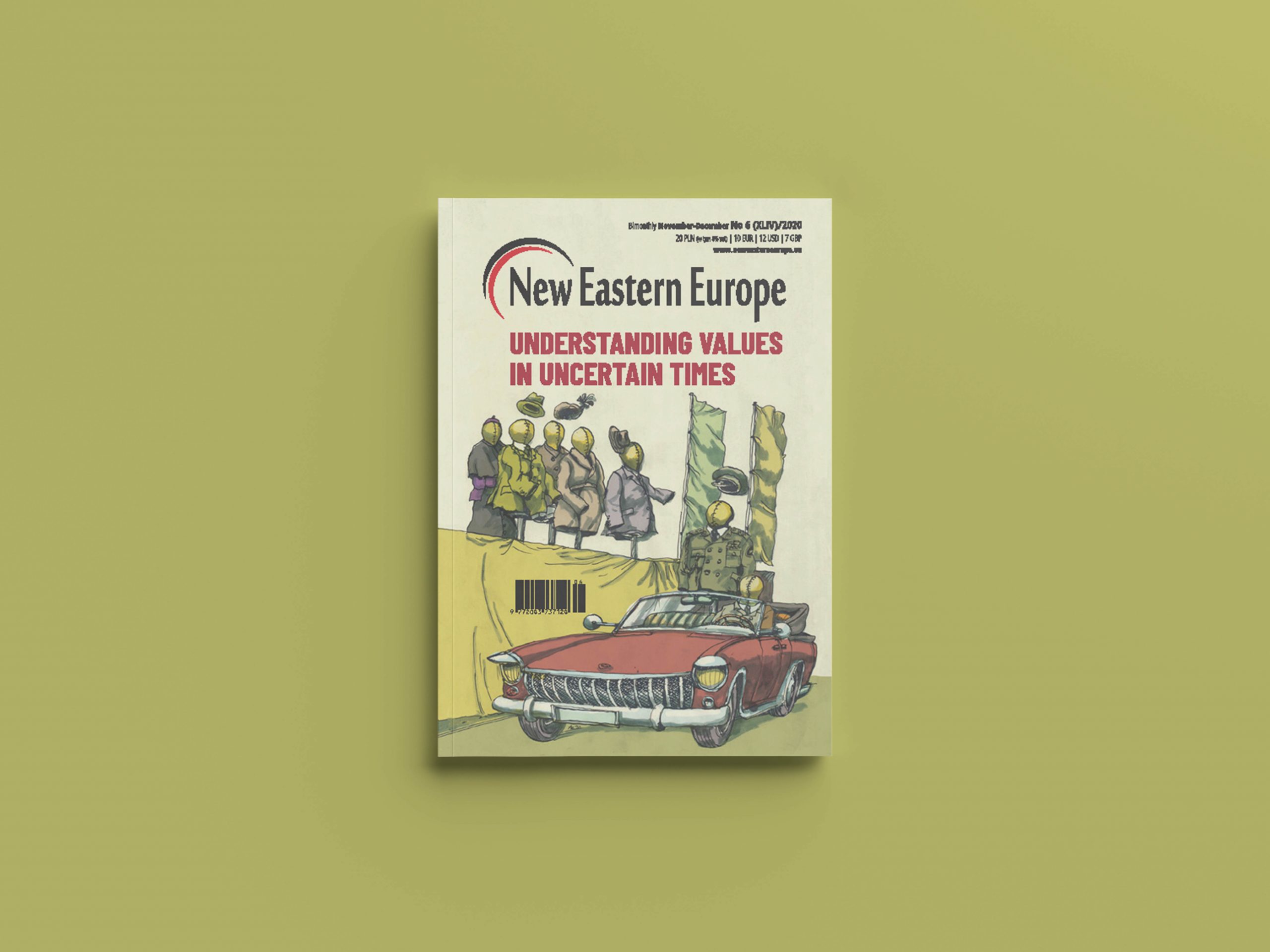 In Ukraine, ‘politics is still not driven by ideas or ideologies, but by personalities and money’, according to philosopher Volodymyr Yermolenko. The party of Volodymyr Zelensky, Servant of the People, conceals emptiness under a cloak of inclusiveness, while pro-western political forces are being undermined by a huge disinformation campaign.

At the heart of the problem is the break-up of the alliance that emerged in opposition to Soviet totalitarianism combining ‘the liberal discourse on human rights and the patriotic values of community rights and identity’. The driving force of Euromaidan has started giving way to a radicalization of opposing discourses whose ‘zoopolitical ethos’ aims to destroy all adversaries.

The three female leaders of the Belarusian opposition – Sviatlana Tsikhanouskaya, Maria Kalesnikava and Veranika Tsapkala – ‘were, in a certain way, representing three non-registered male presidential candidates’, writes Olga Dryndova. But their alliance received an overwhelming consensus because ‘their self-image and public statements combined messages of traditional values and female leadership’.

In the aftermath of the election, women were once again front stage, protesting against police violence and repression. In grassroots initiatives, women ‘were not only led by women politicians, but started to self-organize for political purposes’, giving rise to a new female ‘soft-power’.

Despite having held an illiberal supermajority for a decade, Fidesz still secures over 40 per cent of the vote in national elections. Do Hungarians approve of Orbán’s authoritarianism and textbook neoliberalism? Not so much the latter, it would seem: ‘the public preference in economic matters is overwhelmingly social democratic’, writes Eurozine editor in chief Réka Kinga Papp.

What probably keeps Fidesz in power is widespread xenophobia and racism. While some of Orbán’s opponents believe Hungarians are incapable of overcoming the historical baggage of authoritarianism, ‘it is worth remembering that political trajectories do not follow pre-drawn patterns’: ­ the struggle for a fairer society is still very much alive.

Réka Kinga Papp discussed ‘Hungarian values and how to misunderstand them’ together with other contributors to the issue in a live stream moderated by NEE editor-in-chief Adam Reichardt on 3 December 2020.