‘New Humanist’ explores political polarization, including the moral panic about free speech on university campuses; the asymmetric hostility between left and right; and the mainstreaming of QAnon.

In New Humanist, historian Evan Smith investigates ‘the moral panic about the alleged lack of free speech on campus’. While some student unions and debating clubs have used ‘no-platforming’ tactics to stop neo-fascist or alt-right speakers from being heard, others have invited controversialists who are able to use these spaces to ‘undermine progressiveness, liberalism and democracy as a whole’. The far right can now exploit a free speech crisis of its own making, whipping up media attention by claiming that only it can stand up to ‘leftwing domination’ in higher education and civil society.

The problem, writes Smith, is that ‘media panic around a free speech “crisis” may disarm the liberal centre, but it is the far right that ultimately stands to gain.’ 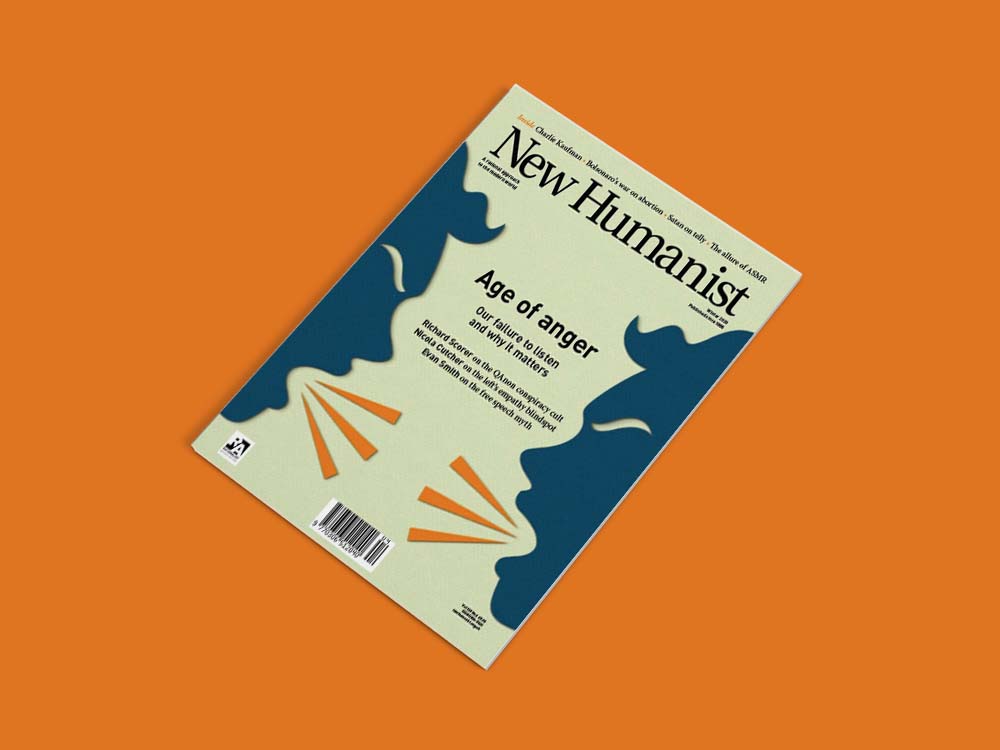 Findings of social psychologists studying the relationship between left and right-wing voters in the UK and the US show an ‘asymmetry between how the left and right view each other on an interpersonal level, with the left apparently proving most hostile’. Perhaps this is because the left doesn’t understand the right as well as the right understands the left, writes Nicola Cutcher. ‘Rather than stoking contempt’, she argues, ‘the more productive road might be to grow our curiosity about the moral motivations of political opponents.’

Online conspiracy theory QAnon claims that a cabal of Satanist paedophiles in government, business, academia and the media are vying for world domination while engaging in child sex trafficking, cannibalism and human sacrifice. Lawyer Richard Scorer argues that QAnon may now be too big for social media restrictions to prevent its growth. In the United States, it entered mainstream politics by merging with evangelical Christians’ millenarian spiritual crusades. But as recent gatherings in British cities indicate, QAnon is international.

The claims of QAnon may be absurd, but they rebound on the real work done by child protection services: ‘people become very confused about where the dangers to children really lie, and cease to trust the agencies best equipped to protect them’.

Scorer makes two suggestions for how to deal with the spread of conspiracist ideas: ‘Honesty about past scandals’, including those covered up by the Catholic and Anglican churches, or those involving celebrities like Jimmy Savile and Jeffrey Epstein will help. So will ‘openly and forthrightly’ challenging these ideas before it’s too late.