The Confused States of America

The first month of the pandemic in the US

The Trump administration’s failing response to COVID-19 has prompted governors and mayors to step up and even form shadow federations to coordinate their efforts. Lifelong New Yorker George Blecher reflects on the first phase of the coronavirus crisis in the US.

Every day for the past several weeks I, like millions of other Americans, have been glued to the tv watching two reality shows – the Trump Show, and the daily press conference of New York State Governor Andrew Cuomo. Other state governors hold their own daily press conferences, but no one does it with quite the same flair as Cuomo. Virtually overnight he’s become a kind of Anti-Trump: a model public official who exudes strength and empathy.

In a brilliant blog entry, ex-TV producer Jon Katz describes how Trump took the conflicts of reality TV and transferred them to his daily appearances:

‘The President may or may not understand how a virus spreads, but he understands his television. He knows that on every successful reality show, arrogance, cruelty, boorishness, fighting, over-the-top polarizing, and paranoia, even bigotry as a political philosophy, are considered admirable, not offensive.’

For up to two hours a day, Trump and a changing cast of characters speak endlessly about the President’s achievements – ‘best in the world’ is a staple – until the show turns into a series of vile exchanges between the president and reporters, at whom he hurls epithets like ‘incompetent’ and ‘third-rate.’ A few participants, notably Dr Anthony Fauci of the National Institute of Allergies and Infectious Diseases, have mastered the art of softening Trump’s exaggerations, but he’s a quiet voice in a noisy room.

Cuomo of New York, on the other hand, is clear and blunt. He offers solid information and is willing to admit mistakes. In a candid tone he refers often to his daughter, his brother CNN reporter Chris, and even his deceased father, a beloved New York State Governor in the 1980s-90s. Cuomo’s heavy New York accent underlines his sincerity.

In this time of rumours and high anxiety, the governor’s name has been bandied about as a last-ditch presidential candidate. When the rumours come up, Cuomo reminds that his state has more deaths from the coronavirus than any country except the US itself – but it’s no secret that he’s had his eye on the presidency for years.

After spending much of the day watching this battle of talking-heads – one laying out the details of the pandemic, the other blustering through a mock-battle with the press – how does the average viewer end up feeling? Exhausted. Battered.  Overwhelmed. Most of all, confused.

Behind these reality shows is, of course, a reality different from the European experience not only in scale but in substance. Latest statistics indicate that 22 million Americans are out of work due to the virus. As opposed to European nations pumping money directly into businesses to keep people employed, Trump and the Federal Reserve have offered a confusing patchwork of plans with contradictory and overly temporary objectives –  a plan to lend money to small businesses to keep their workers employed extends in the future for only for two months, while another plan bolsters unemployment checks.

Since the small business loans are administered by banks, not directly through government agencies, all kinds of roadblocks have developed: only regular bank customers can access the loans, and many local banks are not connected to the federal lending agencies. In addition, some banks have been skimming off interest on previous loans before providing the cash to small businesses, a practice that the government hasn’t curtailed. The coffers are empty anyway: the $349 billion earmarked for small businesses loans has already been used up and Congress hasn’t yet agreed on allocating additional funds.

Unemployment hasn’t just affected workers’ salaries. Since 55% of Americans only receive health insurance through their employers, an estimated 3.5-12 million people suddenly have no health coverage – in addition to the 27.5 million who were uninsured, despite the best efforts of Obamacare, before the pandemic.

Programs for the distribution of medical supplies are similarly confusing. Instead of the federal government taking charge and coming up with a centralized plan, states have been forced to compete for masks, swabs and ventilators with each other, the federal government and foreign countries. Often the equipment ends up in the hands of favoured private distributors who sell it to the highest bidder.  California Governor Gavin Newsom has announced that his ‘nation state’ – the fifth richest economy in the world – is financing a factory in China to produce protective equipment exclusively for its healthcare workers. Poorer states obviously cannot afford such contracts. 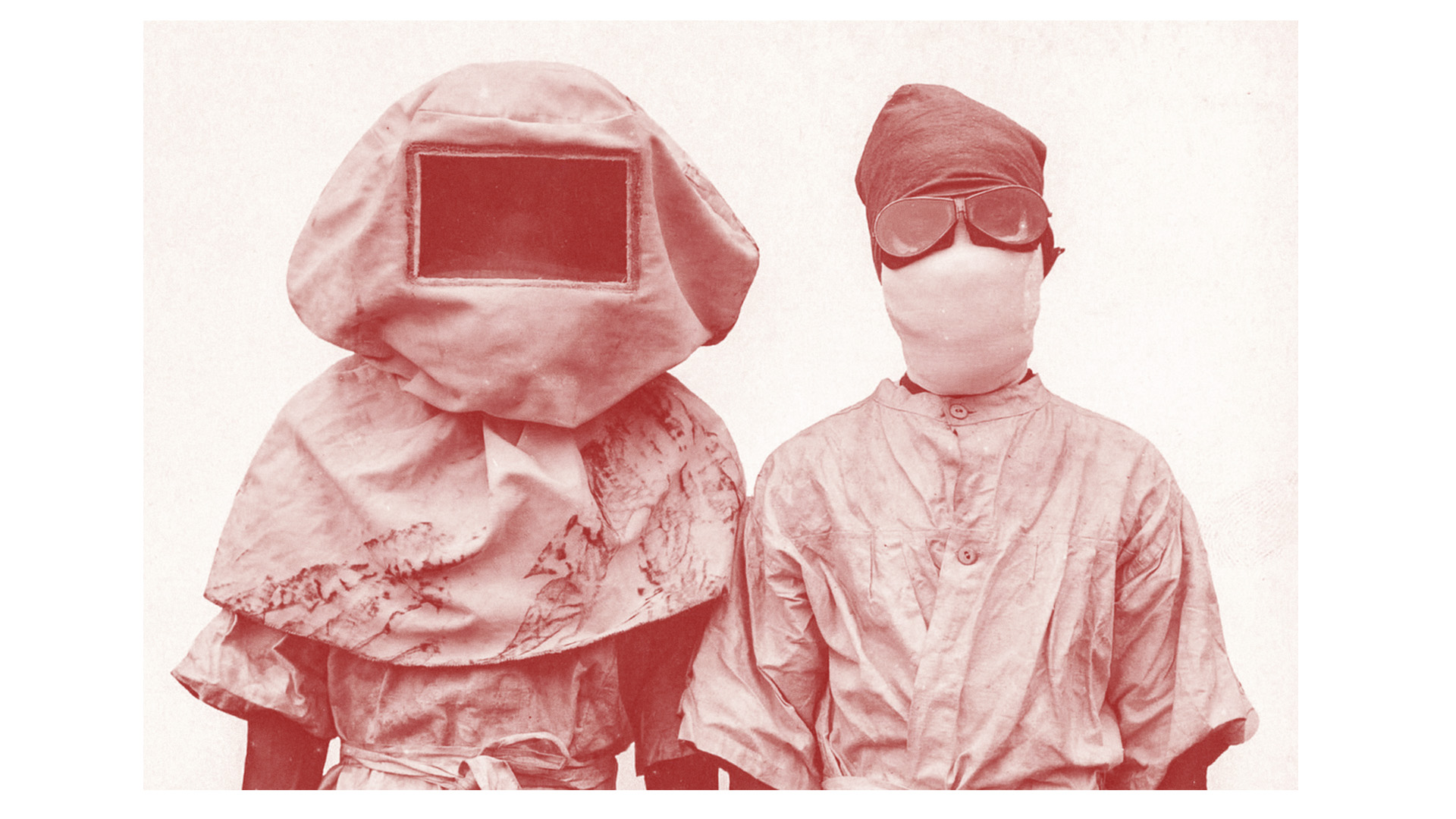 The biggest issue at the moment is testing. Governors from several states insist that they can’t consider reducing shelter-in-place restrictions until testing for both past and present victims of the disease is widely available. But from the earliest days of the pandemic, when the Centers for Disease Control and Prevention (CDC) violated its own protocol and produced faulty tests despite the administration’s consistent downplaying of the need for it, the testing issue remains the chief bottleneck to long-term progress against the coronavirus.

The President seems to be increasingly rattled by the complexity of the issues. His natural tendency to put money before people vies with his awareness that he’s in a precarious political territory, making him touchier and even more self-congratulatory than usual. A controversial New York Times article describes him in the early days of the crisis as ‘shell-shocked and deflated,’ and maintains that he regained his ‘swagger’ only when he started drawing reporters into the daily insult-sessions that seem to give him temporary relief.

In an extraordinary press conference shortly after the Times article was published, he tried to retaliate directly by presenting a hastily-made video about his successes – and by insisting that his power over the country is ‘total.’ On the same day, 10 states on the east and west coasts declared they would draw up their own plans for reopening businesses and schools. Ultimately the President backed down, but he continues to use the daily press conferences for political purposes and to snipe at governors who don’t appear to him properly grateful for the federal government’s help.

The performance of many of governors and mayors has been one of the few bright spots in this confusing and terrifying time. Three alliances between governors in east, west and north-central states have created the beginnings of a kind of shadow union. As a Democratic strategist put it, these pacts are ‘largely an acknowledgement that the federal government is not going to get done what the states need.’

There are other worrying economic results of the pandemic. One-third of apartment and house rentals weren’t paid in April, and there was an even higher rate of default on rents paid by small business owners. This lack of cash flow points to the possibility of a domino effect in which dwindling rent payments lead to dwindling mortgage payments and ultimately to deficits in the same lending institutions that almost collapsed in 2008. Though banks are already reaping profits from being the lending agents for government programs, their potential deficits can be enormous in only a matter of months.

The disease has laid bare the disparity between rich and poor. Blacks, Hispanics and Native Americans are becoming infected, hospitalized and dying at far greater rates than their percentage of the population, and the official figures may still be unrealistically low because the lack of health insurance among minorities implies that many are dying at home, unrecorded.

Bernie Sanders and Elizabeth Warren recently dropped out of the race for the presidential nomination, but their demand for universal healthcare couldn’t be more relevant. Yet, presumptive Democratic nominee Joe Biden has shown meagre efforts to appeal to the progressive wing of his party so far. Sanders has formally endorsed Biden to bring the party closer together, but whether the Left can be won over depends on how passionately Sanders campaigns for Biden in the months to come.

Though Americans see TV footage every day of healthcare workers’ heroism and individual acts of charity and kindness, there’s little sense of the solidarity seen in countries as diverse as Denmark, South Korea and New Zealand. Squabbling and infighting dominate at every level. Trump is preventing Congress from overseeing the trillions of dollars that they’ve granted his office; profiteers are earning big on everything from PPE to toilet paper; hoarding ‘summer people’ are raiding supermarket shelves in the vacation communities suddenly flooded by people vacating the cities.

Without a leader rising to the occasion and inspiring a sense of unity, the coming months of mutual isolation promise to be very, very long.

Every day I read the statistics about the hospitalized and dead in New York, the state and the city, with a mixture of guilt and helplessness. A month ago, I left the city where I was born and have lived my whole life to shelter with people close outside of town. I continue to pay the service people I was paying there, I listen for New York City news whenever I can, and still, I feel guilty.

New York is a tough place that doesn’t need my guilt or, for that matter, another high-risk older person. Yet the photos of overburdened ICU units and the tired faces of doctors and nurses – as well as the almost light-hearted sweetness that I hear in the voices of my friends back in the city – make me worry for my neighbours, and for the shopkeepers, first-responders and building-workers who make up my personal support system.

Seeing so many Americans, even in this terrible crisis, lacking a sense of community frightens and saddens me.

The author is member of the Eurozine Board of Advisors.