Rightwing nationalists push for keeping migrants out of their countries, even though their economies are sustained by the cheap and desperate labour force, created by the climate crisis. To defuse this paradox, Thomas Nail proposes to turn the model on its feet instead of its head by acknowledging that mobility has always been the reality of both people and nature.

Thirty years ago there were fifteen border walls around the world. Now there are seventy walls and over one billion national and international migrants. International migrants alone may even double in the next forty years due to global warming. It is not surprising that over the past two decades, we have also seen the rise of an increasingly powerful global climate security market designed to profit from (and help sustain) these crises. The construction of walls and fences to block rising sea levels and incoming people has become one of the world’s fastest-growing industries, alongside the detention and deportation of migrants, and is projected to reach $742 billion by 2023. I believe we are witnessing the emergence of what we might call a ‘climate-migration-industrial complex.’

This complex is composed of private companies who profit by securitizing nation-states from the effects of climate-related events, including migration. This includes private detention centres, border construction companies, surveillance technology consultants and developers, deportation and transportation contractors, and a growing army of other subcontractors profiting from insecurity more broadly. 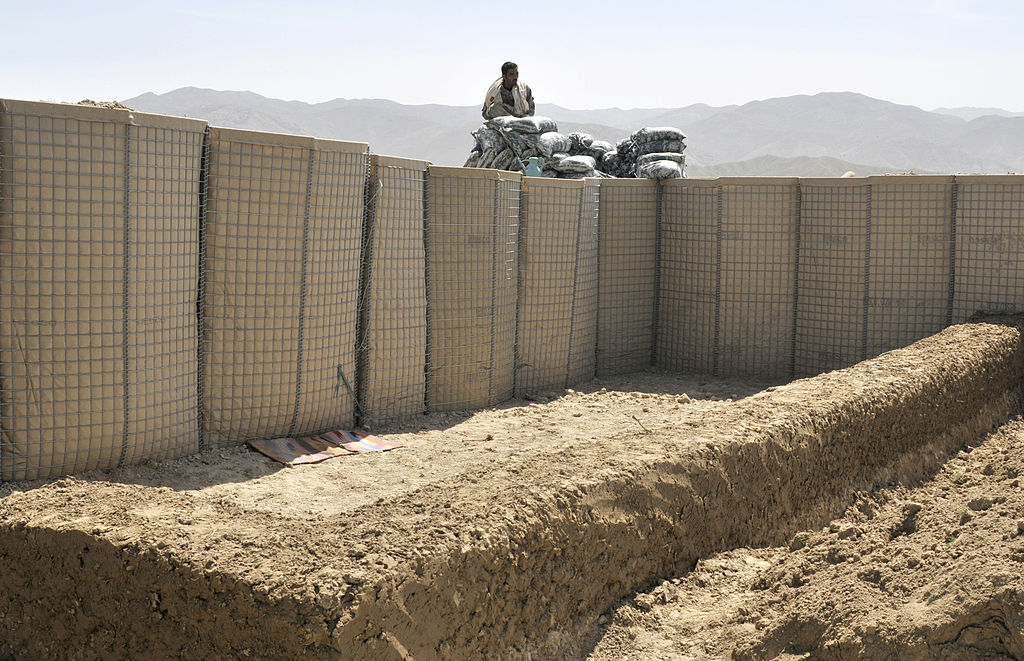 Construction at a new checkpoint overlooking a mountain pass near the Afghanistan-Pakistan border. Photo by Staff Sgt. Shane Hamann from Wikimedia Commons.

Every feature of this crisis complex is an opportunity for profit. For example in the US, even when security measures ‘fail’ and migrants cross borders illegally, or remain beyond their visas to live without status as ‘criminals,’ there is an entire wing of private companies paid to hunt them down, detain them, and deport them just across the border, where they can return and begin the market cycle all over again. Each step in the ‘crimmigration’ process now has its own cottage industry and dedicated army of lobbyists to perpetuate the laws that support it.

Here is the incredible double paradox that forms the backbone of the climate-migration-industrial complex: right-wing nationalists and their politicians claim they want to deport all undocumented migrants, but if they did, they would destroy their own economy. Capitalists, on the other hand, want to grow the economy with migrant labour (any honest economist will tell you that immigration almost always leads to growth in GDP), but if that labour is too expensive, then it’s not nearly as profitable.

Trump is the Janus-faced embodiment of this anti-immigrant, pro-economy dilemma and the solution to it — not that he necessarily knows it. With one hand, migrant labour is strategically criminalized and devalorized by a xenophobic state, and with the other, it is securitized and hyper-exploited by the economy. It is a win-win situation for right-wing capitalists but a crucial element is still missing: what will continue to compel migrants to leave their homes and work as exploited criminals in an increasingly xenophobic country?

This is where the figure of the climate migrant comes in. Those we call ‘climate migrants’ or ‘climate refugees’ are not the victims of merely natural disasters, because climate change is not a strictly natural process — it is also highly political. The causes of climate-related migration are disproportionately produced by rich Western countries and the effects are disproportionately suffered by poorer countries. The circumstances that determine who is forced to migrate are also influenced by the history of colonialism, global inequality, and the same conditions that have propelled economic migration for decades.

In short, climate change benefits the perpetrators of climate destruction by producing an increasing supply of desperate, criminalized, physically and economically displaced labourers, and it is no coincidence. In fact, it is the key to the ‘Trump solution.’ 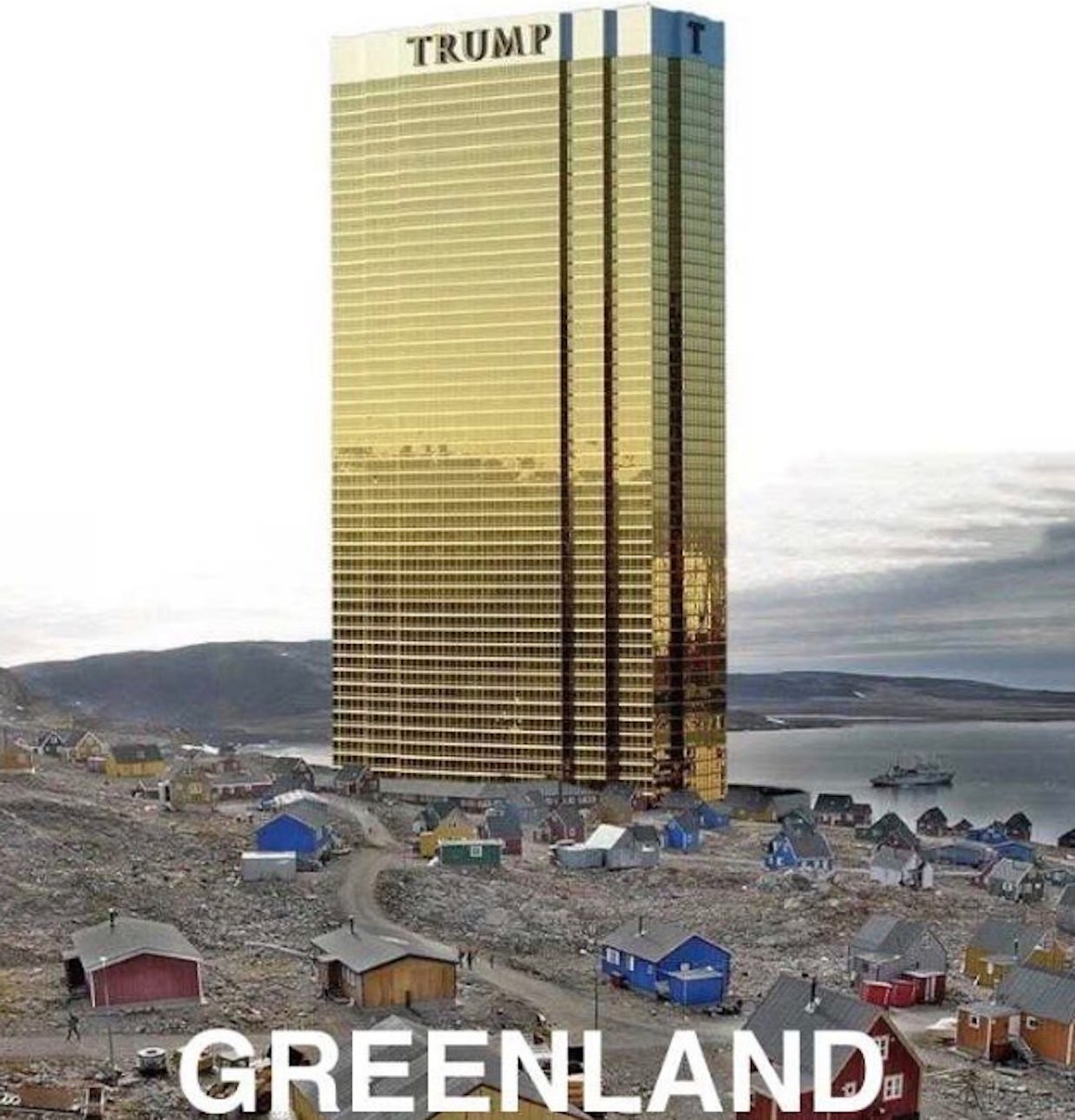 Another key is the use of climate change to acquire new land. When people are forced to migrate out of a territory, or when frozen territories thaw, new lands, waters, and forests become open to extractive industries like mining, drilling, fishing, and logging. Trump’s recent (and ridiculous) bid to buy the thawing territory of Greenland for its oil and gas reserves is one example of this. Climate-stricken urban areas open up new real estate markets, as the gentrification of New Orleans after Hurricane Katrina illustrated.

Climate change might not mean the end of capitalism, but rather could actually signal its resurgence from current falling rates of ecological profit. During colonialism, everything and everyone that could be easily appropriated (oil, slaves, old-growth forests, etc.), was gobbled up. The workers who are left today under post-colonialism demand more money and more rights. The minerals left are more expensive to extract. This is why capitalists have increasingly retreated to financial speculation, and now to monetizing their own crises.

If only there were new ways, the capitalist may dream, to kick start the economy and cheaply dislodge huge numbers of people from their land, devalorize their labour, and then appropriate that labour extremely cheaply. If climate change did not exist, capitalism would have to create it.

Climate migrants now form what we might call a ‘disposable climate labour army,’ conscripted out of a standing reserve of global poverty from wherever the next climate-related disaster strikes, and deployed wherever there is a demand for precarious, securitized, and criminalized labour to be exploited. 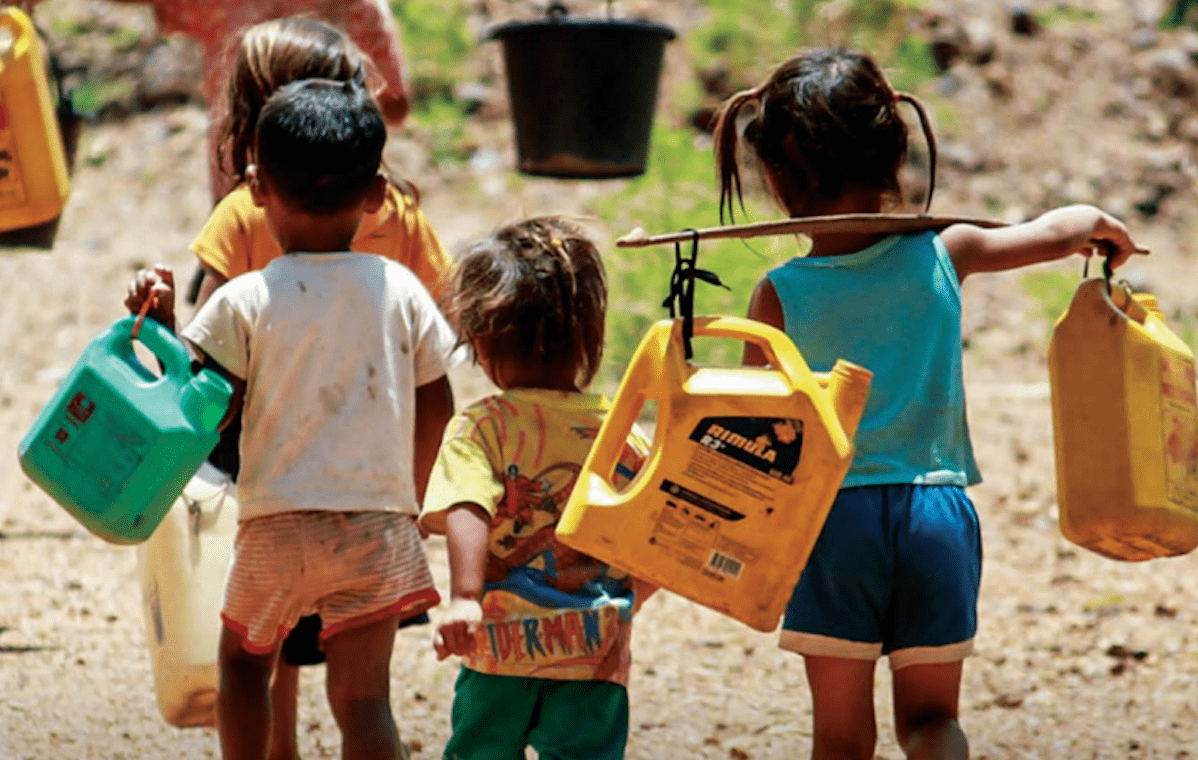 We need to rethink the whole framing of the climate migration crisis. Among other things, we need a more movement-oriented political theory to grapple better with the highly mobile events of our time — what I call a ‘kinopolitics.’ The advent of the Capitalocene/Kinocene makes possible today the insight that nature, humans, and society have always been in motion. Humans are and have always been fundamentally migratory, just as the climate and the earth are. These twin insights might sound obvious today, but if taken seriously, they offer a complete inversion of the dominant interpretive paradigms of the climate and migration crises.

Humans and Earth have always been in motion, but not all patterns of motion are the same. There is no natural, normal, or default state of the earth or of human society. Therefore, we have to study the patterns of circulation that make possible these metastable states, instead of taking them as given.1

Unfortunately, the dominant framework for thinking about the climate and migrant crises is currently upside down. It starts from the perspective of a triple stasis:

1) that the earth and human society are in some sense separable and static, or at least stable, structures;

2) that the future should continue to be stable as well;

3) if there is no stability, then there is a ‘crisis.’

From a kinopolitical perspective, we can see that the opposite is, in fact, true: humans were first migratory, and only later settled into more metastable patterns of social-circulation (made historically possible by the social expulsion and dispossession of others). Migrants are not outside society but have played a productive and reproductive role throughout history. Migrant movements are constitutive and even transformative elements of society, rather than exceptional or marginal phenomena.

The real question is how we ever came to act and think as if societies were not processes of social circulation that relied on migration as their conditions of reproduction. The earth, too, was first migratory, and only later did it settle into metastable patterns of geological and atmospheric circulation (e.g. the Holocene). Why did we ever think of the earth as a stable surface, immune from human activity in the first place?

The problem with the prevailing interpretation of climate change and migration is that the flawed paradigm that has defined the ‘crisis,’ the notion of stasis, is also proposed as the solution: ‘Let’s just get things back to normal stability again.’

I think a new paradigm is needed that does not use the same tools that generated the ‘crisis’ to solve it — i.e. capitalism, colonialism, and the nation-state.

Today’s migrant crises are a product of the paradox at the heart of the capitalist, territorial nation-state form, just as the climate crisis is an expression of the paradox at the heart of anthropocentrism. The solutions, therefore, will not come from the forms in crisis but only from the birth of new forms-in-motion that begin with the theoretical primacy of the very characteristic that is dissolving the old forms: the inherent mobility of the migrant climate and the climate migrant.

War polarizes debate. And the sympathies of post-Soviet migrants living in Central Europe have come under extra scrutiny since war broke out in Ukraine. A closer look at the immigrant demographic in Germany reveals a more complicated picture of suspected Russophilia.