Resistance is a word inextricably linked to historical anti-fascism. So can it be used to describe opposition to contemporary authoritarianisms? Yes, argues Claus Leggewie: wherever the foundations of democracy are being undermined, the history of resistance teaches us how to respond.

When it comes to historical distortion, nothing would seem off-limits to the far-right. ‘For a civilized nation, there is no greater indignity than to allow itself to be “governed” without resistance by a ruling clique in thrall to irresponsible and dark instincts.’ This is from a recent Facebook ad for Alternative für Deutschland, the final line of which was: ‘Sophie Scholl would vote AfD.’ To abuse the memory of the anti-Nazi resistance fighter to quite such an extent was too much even for some AfD members. Yet the brazen propaganda coup typified the widespread perversion of the concept of resistance by the New Right. ‘Long live holy Germany!’ – purportedly the last words of Claus von Stauffenberg and other protagonists of the 20 July plot to assassinate Hitler – has long been a slogan of the far-right. When, in the 1990s, a survivor of the White Rose resistance group supported the German far-right party The Republicans, this was portrayed as being consistent with the tradition of resistance.

In its attacks on refugee policy, the German far-right today solemnly invokes article 20, paragraph 4 of the German constitution, introduced in 1968 in the context of the Emergency Laws: ‘All Germans shall have the right to resist any person seeking to abolish this constitutional order, if no other remedy is available.’ This is the spirit underlying the slogan ‘Merkel must go’, which first appeared at Pegida marches and demonstrations outside refugee homes. It has long since reached the so-called centre of society, which pretends to be the new extra-parliamentary opposition. The ‘Declaration 2018’, a petition launched by rightwing intellectuals in Germany that went viral and was signed by 150,000 people, is evidence that the populist rebellion is not a movement of the disenfranchised. On the contrary, it reflects the panic of the better off.

For that reason, setting the record straight on the facts and values of the European resistance to fascism (and to Stalinism) is no mere academic exercise. Reflection on the ability of liberal democracies to defend themselves is as crucial today as ever. Beyond alarmism and appeasement, we need to be able to discern where precisely we stand. Are we looking at the imminent decline of a cycle of populist outrage that might even have been beneficial, albeit indirectly? Or are we heading towards the Orbánization of Europe, not least because of conservative capitulation and liberal resignation? Might we even be on the slippery slope towards dictatorship à la Erdogan, who threatens to take not just Turkey hostage but the whole of Europe? Talking to opposition groups in these countries, you realize that they have long been in resistance mode.

It’s time to prepare ourselves both mentally and politically for all eventualities. Resistance requires time, money and inspiration. Political parties, trade unions, NGOs, foundations and citizen initiatives need members and resources to strengthen a democratic culture whose weaknesses have become obvious. Political education should not be limited to telling young people stories about historical resistance. Having lived a carefree existence for the past decades, the older generation owes it to society to equip Europe both politically and culturally for the rough ride ahead. It’s time to leave our comfort zone!

Resistance is a big word that might sound overtly dramatic, particularly in countries with histories of anti-fascism. In American civil society, however, it has a less pompous ring to it. The Democrats have used it as a slogan in their campaign against Donald Trump, whose danger is now beyond doubt. The kids of Parkland, Florida, have made a difference. Resisting the shamelessness of the gun lobby and the cynicism of conservatives, they were realistic and demanded the obvious: to be able to go to school in their state and across the country without having to wear bullet-proof vests. Previously, African-American and feminist activists, having switched from indignation to resistance, had reclaimed political ground from an autocrat who has undermined the separation of powers and the independence of the judiciary, the media and science. 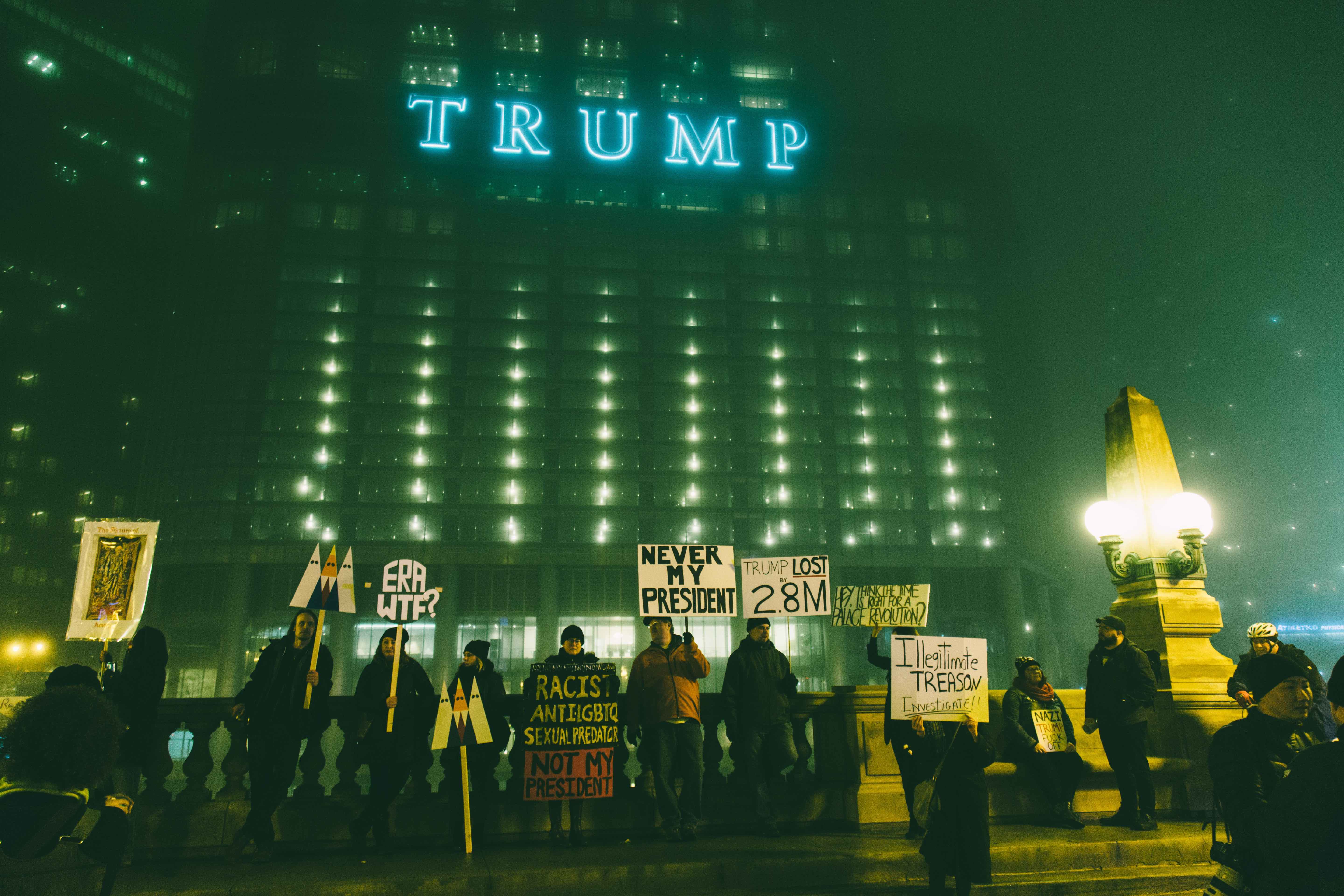 Whether or not this all turns into a new revolt remains to be seen. Young people would prefer to be doing other things and their adversaries seem unassailable. But they have proven incontrovertibly that now is the time to act. Poland and Hungary, to say nothing of Russia and Turkey, have taught us how states of emergency can become normality and how difficult it is to organize opposition.

Resistance against twentieth-century dictators both great and small ranges from inner emigration and everyday obstinacy through civil disobedience and, in the last resort, violence. Examples range from the courageous yet dismally failed propaganda attempts of Elise and Otto Hampel – the married couple in Hans Fallada’s novel Every Man Dies Alone – to the heroic failure of Georg Elser, whose bomb in the Bürgerbräukeller detonated just a few minutes after Hitler had left the building. Fortunately, we need not contemplate such extremes today. However, stories like this teach later generations what it means to stand up for one’s beliefs and to exercise courage cleverly, without wasting one’s energy.

The context of contemporary resistance is not the total dictatorship of an Adolf Hitler. Victor Orbán is of another calibre. However, his deeds and words very clearly indicate how far liberal values and institutions have already been undermined by the wave of authoritarianism. Only by studying resistance before 1933 can one understand the state that Europe finds itself in today. The City Without Jews, the Austrian film of 1924 based on the novel by Hugo Bettauer, certainly does not provide a blueprint for today. However, its recent rediscovery is significant for reasons beyond the history of cinema. In 1969 the historian Philipp W. Fabry published a short compilation – largely ignored at the time – of people’s opinions and impressions of Hitler before the handover of power, when free speech still existed and when fear of being denounced to the Gestapo had not yet led to widespread conformity. When one could still be courageous without risking one’s life.

To learn about resistance, we need not limit ourselves to the Third Reich. South Korea, for example, taught us how to get rid of a dictatorship; the international opposition to the Vietnam War showed how to bring an end to a military conflict; and the Otpor! movement against Slobodan Milosevic was an example of how to overcome a despot (albeit very late in the day). Meanwhile, the ultimate European role models are still Charta 77 and Solidarnosc. The US activist Gene Sharp has shown in detail how civil disobedience can range from ‘non-cooperation’ to organized subversion and how its methods are non-violent in principle. Civil disobedience reinforces the ancient wisdom that power disintegrates rapidly when subjects refuse to be obedient. ‘One who knows that he may dissent knows also that he somehow consents when he does not dissent,’ wrote Hannah Arendt in 1970.

But ought one even to consider resistance as long as the Orbáns, Trumps and Erdogans are winning absolute majorities and can thus claim democratic legitimacy? The answer is yes, if they continue to treat elections as plebiscites, as opportunities to take an axe to the pillars of democracy, to denounce minorities and to undermine fundamental rights. Passive resistance is then not just a right, but a duty. And whoever does not object to the victors in effect consents to them.

The Washington Post, a major newspaper very much on the side of the resistance, recently asked if the Parkland schoolchildren had taught the rest of society to think and act more maturely. The goal of resistance from civil society should also be to escape the fixation on ‘refugees’ and ‘Islam’ and to spread ideas about another, better world. The right feeds on the social inequality caused worldwide by unbridled financial capitalism and on the mass migration caused, among other things, by the immense destruction of nature in the global South. The goal of resistance is to go on the offensive with better ideas and practicable plans, and to offer a democratic and European alternative to citizens flirting with the right.