The Norwegian NGO Iris Center is one of the few aid organizations with a presence in the overcrowded refugee camp on the Greek island of Chios. Interviewed for ‘Syn og Segn’, volunteer Janne Hegna speaks of the hopelessness felt after the 2016 EU–Turkey agreement to curb migration to Europe. Also: a focus men’s mental health. 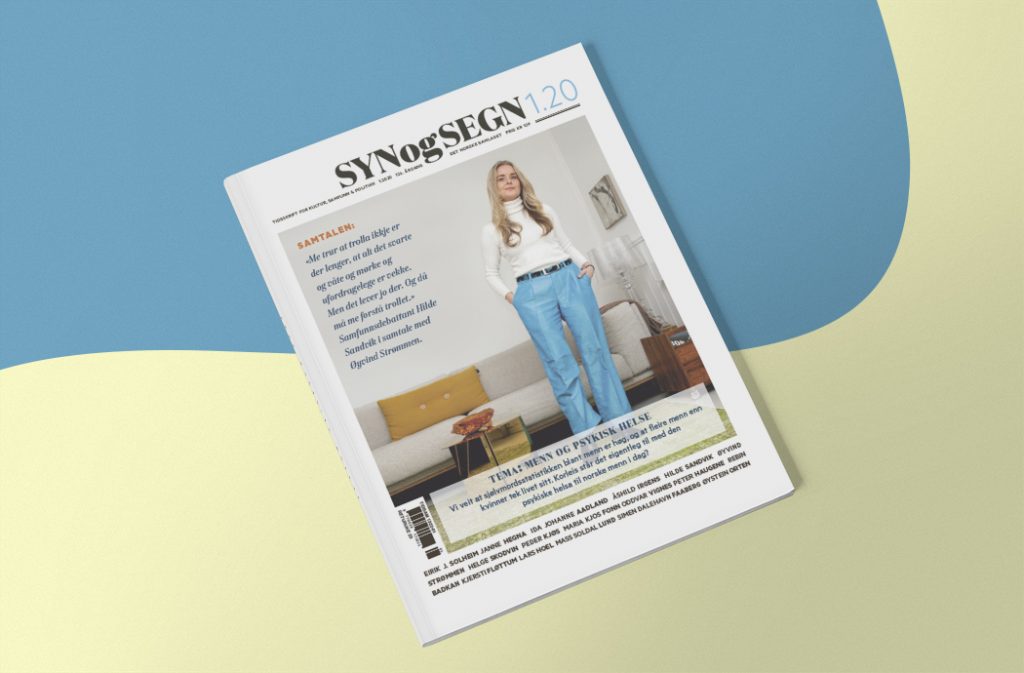 The Norwegian NGO Iris Center is one of the few aid organizations with a presence in the overcrowded refugee camp on the Greek island of Chios. Interviewed for Syn og Segn by a fellow volunteer, Janne Hegna speaks of the hopelessness felt after the 2016 EU–Turkey agreement to curb migration to Europe: ‘The international press lost interest. The 70–80,000 refugees stranded in Greece have no voice.’

Conditions at the Chios camp, which is managed by the local authority, are so bad that the intention can only be to put off further arrivals. Hegna dismisses the Greek government’s proposal for new, locked camps as ‘ostrich politics’. ‘No need to see the refugee situation as a crisis,’ she concludes. ‘Some depopulated Italian villages have been renewed by an influx of migrants.’

Mental health: A 2019 report on gender behaviours in Norway’s schools showed that boys make up as much as 70 percent of ‘special needs’ pupils. Peder Kjøs argues that men find it hard ‘to be someone for somebody’ and quotes Solveig in Ibsen’s Peer Gynt: ‘You never let anyone but yourself mean anything to you’. Lack of personal commitments may be why ‘most of those who kill themselves are not 15-year-old girls in their teens but 50-year-old men’.

Oddvar Vignes agrees that ‘being honest about your anguish and bad faith can help you to emerge from feeling lonely and leading a meaningless life’. It has helped him to become the contented owner of the family farm after an angry youth and a troubled early middle age.

Misery: Novelist Maria Kjos Fonn is interested in the interaction between compulsive eating and unhappiness. In John Kennedy Toole’s posthumous classic A Confederacy of Dunces (1980), protagonist Ignatius J. Reilly ‘is not only occupied with eating, [philosophy] studies and obscene sexual fantasies but also with hating all women and all men’. Kjos Fonn’s other literary losers are self-hating voyeurs: the overweight and sex-starved Rino in Lars Ramslie’s novel Fatso (2003) and the overweight and desperately lonely ‘I’ in Ola Julén’s poetry collection Orissa (1999).

This article is part of the 6/2020 Eurozine review. Click here to subscribe to our weekly newsletter, to get updates on reviews and our latest publishing

Contributed by Syn on Segn © Eurozine